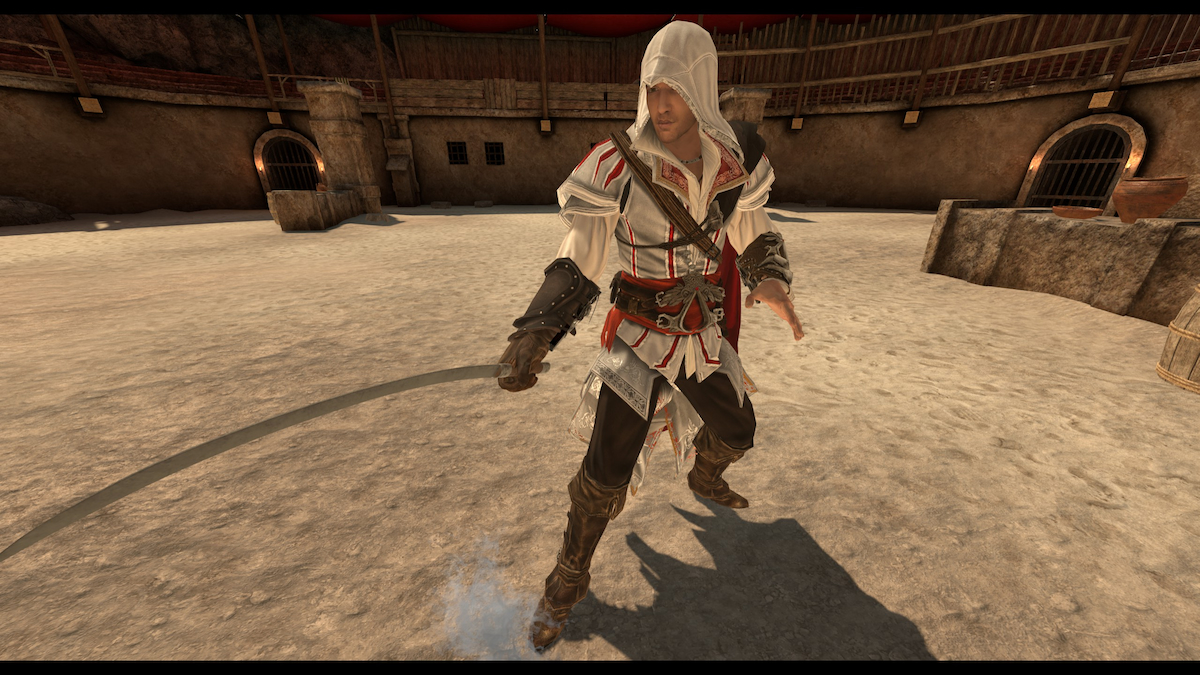 If you’ve ever wanted to experience the glory of an Assassin’s Creed game in first-person, a new mod is here to make all your dreams come true. A modder for the “medieval fantasy sandbox” VR game Blade & Sorcery took it upon themselves to bring Ezio Auditore into the game for some solid first-person action. A YouTuber even took it upon themselves to release a little cinematic trailer for the mod.

The video itself is a lengthy presentation of nearly 15 minutes. If you have been wanting some classic (but also new) Assassin’s Creed action, you’ll definitely want to watch the whole thing.

If you want to experience playing as Ezio in Blade & Sorcery for yourself, the game is available on Steam Early Access and currently sits at an Overwhelmingly Positive rating. If you’re still looking for more on this classic, earlier this month, an electric cellist posted a terrific cover of the Ezio’s Family track originally by Jesper Kyd came out.