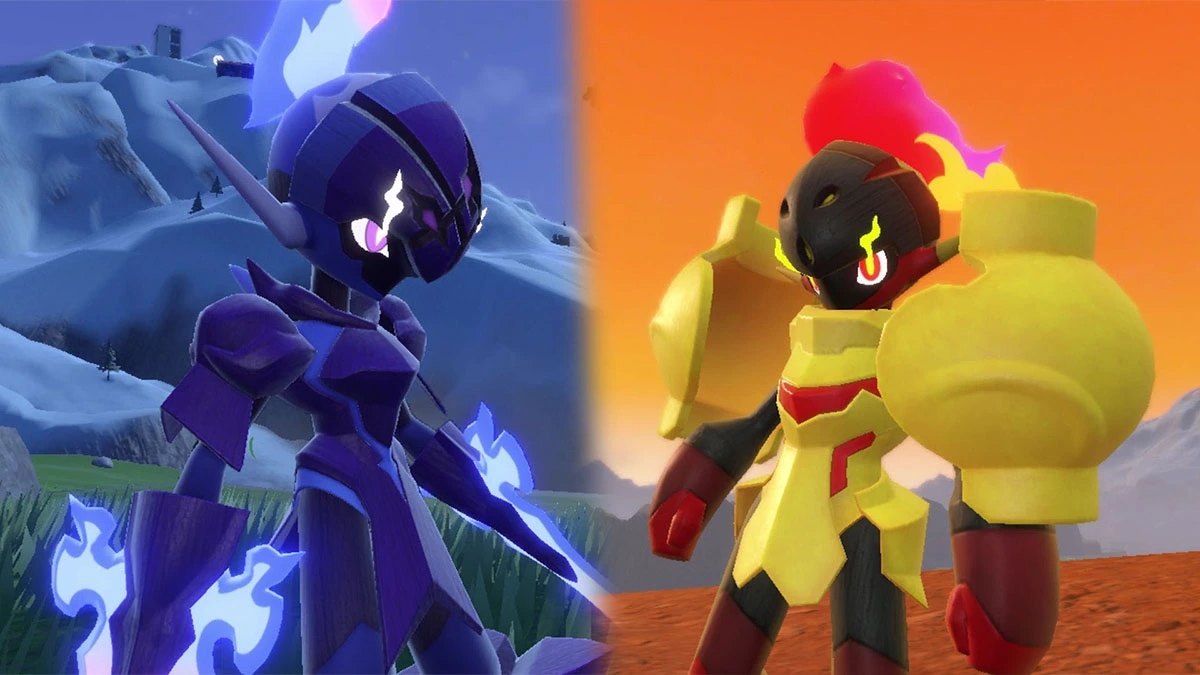 Pokemon Scarlet and Violet are the next big games in the ongoing series, and as with any new generation, there will be plenty of exciting new Pokemon to catch. So far, many of the Pokemon we will encounter in our journeys have been officially revealed, and there are still many more we don’t know about.

Of the new Pokemon that have been officially revealed to be in the game, there are some standouts that we absolutely need to have on our teams. Here are 10 Pokemon we can’t wait to catch in Scarlet and Violet when it releases later this week on November 18.

Pawmi was one of the first Pokemon revealed in Scarlet and Violet. It’s this generation’s token Electric-type mouse Pokemon, like Pikachu, Emolga, Morpeku, and others.

There’s no denying how adorable Pawmi is; in fact, it’s one of the cuter “Pikachu clones” in recent generations. We want to catch a Pawmi as early as we can in the game to see if it evolves and how powerful its Electric-type moves are.

Klawf might not be as cute as the Pawmi we just previously talked about, but just take a look at it—what an absolute unit. Klawf is a Rock-type Pokemon with a design so ridiculously over-the-top that you just have to love it.

So far, we’ve seen glimpses of wild Klawf climbing ledges in the deserts in trailers for Pokemon Scarlet and Violet. Since the game is open-world for the first time, we wonder how soon we’ll be able to get to the areas in which we can catch a Klawf for our teams.

Cyclizar is a Dragon and Normal dual-type Pokemon that was revealed pretty slyly during the Pokemon World Championship. We have several unanswered questions about Cyclizar that make us all the more interested in it.

The most notable thing about Cyclizar is that it seems to resemble Koraidon and Miraidon, the two main legendary Pokemon for Scarlet and Violet, respectively. Not only is it part Dragon-type, but it also has a wheel on its chest like the other legendaries.

Will this be a special Pokemon for us to catch to maybe evolve into our main legendary or the opposite version’s legendary? Or is it completely unrelated? We’ll find out soon!

Everyone fell in love with Fidough, the Fairy-type puppy Pokemon, when it was revealed. How could you not adore this dog that looks like a delicious pastry?

Fidough has a guaranteed spot on our team simply due to how cute it is. And with the emphasis on cooking as a feature in Pokemon Scarlet and Violet, it just makes sense to include it in our lineup. We’ll just have to make sure nobody decides to cook it along with the other food.

Plus, its name Fidough being a pun on “Fido” and “dough” is simply the best.

Grafaiai is another Pokemon we can’t wait to catch, especially due to its design and its name. It might not be appealing to everyone, but there’s something that “drew” us towards this Poison and Normal dual-type Pokemon.

Its design is based on a graffiti artist, and the creature it most closely resembles is a lemur-like animal called an Aye-Aye. So, the name Grafaiai is literally perfect for this Pokemon.

People who wish it could be Halloween all year long will need to have a Greavard on their team. It’s a Ghost-type dog Pokemon that looks like an actual ghost dog with a candle on its head.

We’re most intrigued by Greavard’s Pokedex entry, which states, “Of all the Pokémon residing in the Paldea region, it is known to be especially easy to befriend. However, Greavard will slowly and inadvertently absorb the life-force of those around it, so it’s best not to play with it too much.”

If this doesn’t sound totally awesome to you, well… we get it. But for us, Greavard has secured a place on our team.

If you didn’t love Lechonk the moment it was revealed, you are a liar. Everybody loves Lechonk.

Lechonk became the center of many jokes and memes on social media after it was revealed as one of the first Pokemon in the game. It might just be a Normal-type pig, but just look at it! It’s chonky. Lechonky, even.

What’s its story? Does it evolve? Why is it crying yellow tears? With cooking being such a big deal in the region, do Paldeans ever eat it?

Everybody needs a Lechonk on their team. I don’t make the rules.

If you think you’ve already decided which of the two versions of the game you’re going to get, make sure you take exclusive Pokemon into the equation. Armarouge and Ceruledge are two of the major exclusive Pokemon in Scarlet and Violet, which makes us instantly excited to catch them.

Gimmighoul is the most mysterious Pokemon that has been revealed for Scarlet and Violet so far. It was first teased in Pokemon GO before being fully unveiled over the course of a weekend.

The coolest thing about Gimmighoul is that it has two forms: Chest Form and Roaming Form. So far, we only know that Chest Form is a Ghost-type Pokemon and takes the appearance of a flat little bug hiding in a chest full of gold coins.

Less is known about the Roaming Form, but we suspect we’ll have to work hard to track it down since its Pokedex entry states, “…since they run away as soon as a person approaches, it seems not a single Trainer in Paldea has ever managed to catch one.” Of course, this makes us all the more excited to find one.

We’re excited about these Pokemon because they will serve as our main transportation in the Paldea region. They’ll be able to run, swim, and fly with us on their backs. Because Paldea is such a huge region, we’re guessing that we get these Pokemon fairly early in the game, which is unusual for legendary Pokemon.

We can’t wait to see how it all plays out and what the limits of these awesome Pokemon will be.