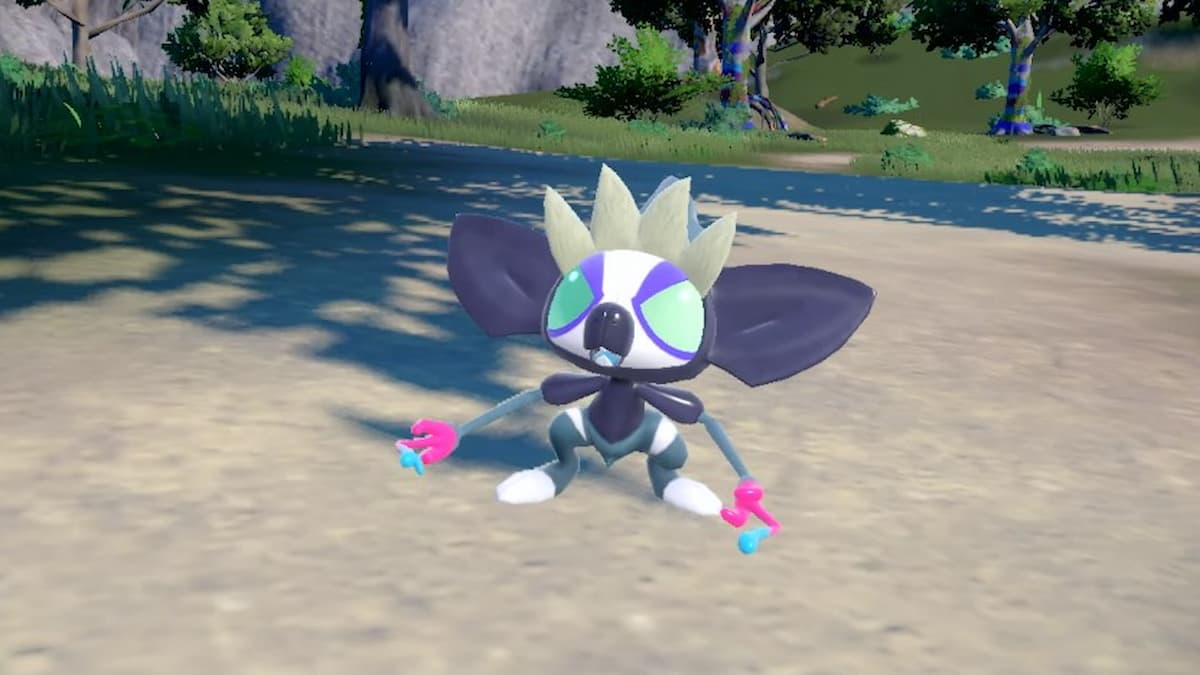 Earlier today on Twitter, the official Pokemon account revealed a brand-new Pokemon that it has been teasing this week. It is now official that Grafaiai is coming to Pokemon Scarlet and Violet for the Nintendo Switch.

This small Pokemon has large otherworldly eyes that take up most of its face. It also has unnaturally long middle fingers that appear to either have berry juice or some kind of poison dripping from them.

Grafaiai is a Poison/Normal Pokemon that seems to love leaving its mark on the world wherever it pleases. Throughout the reveal trailer on Twitter, this Pokemon is seen marking up multiple trees with its fingers and apparently, it can even spew a blue liquid from its mouth.

Like many Pokemon names, Grafaiai is a pun. An Aye-aye is a type of lemur that has an abnormally long middle finger, much like this new creature. Then the obvious part of the name is that the new Pokemon loves to mark up trees with all kinds of graffiti.

The tweet from @Pokemon and the corresponding trailer can be found down below.

There was also a YouTube reveal trailer that showed off how Grafaiai will look in Pokemon Scarlet and Violet. You can find that down below.

Pokemon Scarlet and Violet are currently set to launch exclusively for the Nintendo Switch on Nov. 18. Purchasing the game early (until Feb. 28, 2023) will give you access to a special Pikachu that knows Fly and has a Flying Tera type.