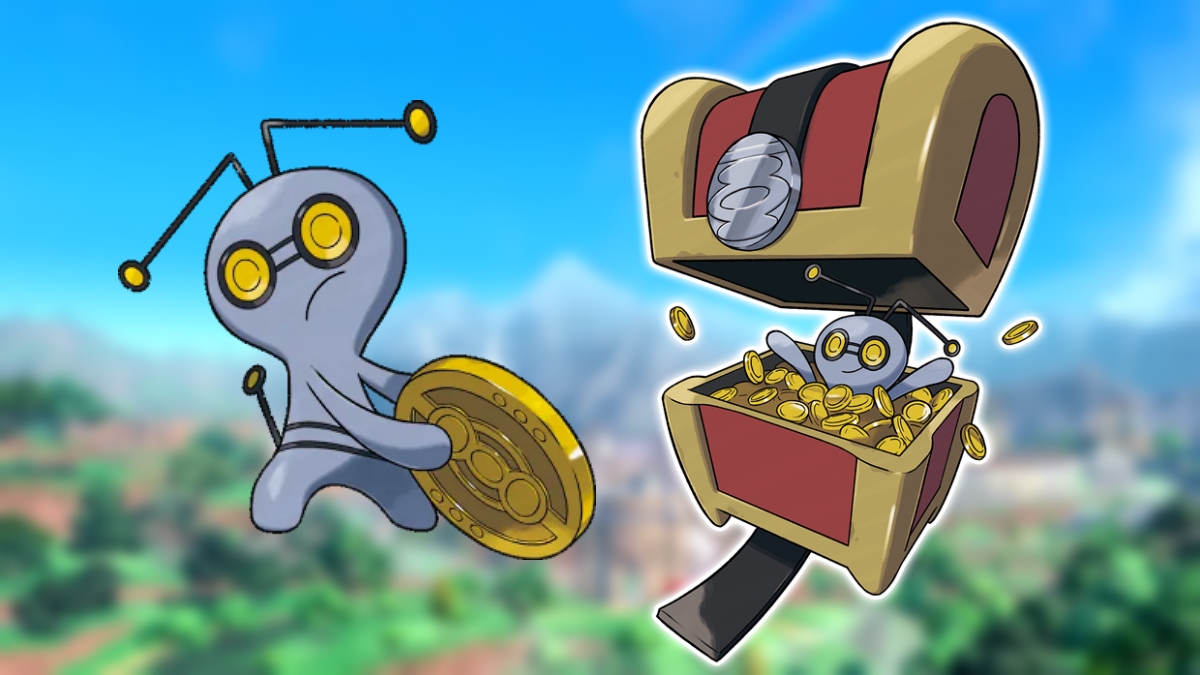 After a weekend of teasing on social media and in Pokemon GO, the Pokemon Company has finally revealed Gimmighoul, a brand new Pokemon that will be available in Scarlet and Violet when it releases later this month.

Throughout the day, the chest opened more and more, and now it finally opens all the way. This takes us to a page where Gimmighoul is officially revealed.

Gimmighoul is called the “Coin Chest Pokemon.” It has two forms: Chest Form and Roaming Form.

Right now, we mostly only know information about its Chest Form. It is a Ghost-Type Pokemon with the ability Rattled. It looks like a small, flat bug inside a treasure chest filled with coins.

Gimmighoul’s Roaming Form still has some mysteries. It may not necessarily be Ghost-type or have the same Rattled ability. This form was teased in Pokemon GO over the weekend. Gold Pokestops appeared after Community Day ended, and when spun, awarded coins. After a while, Gimmighoul appeared on the map following the player character.

Pokemon Scarlet and Violet release later this month on November 18.