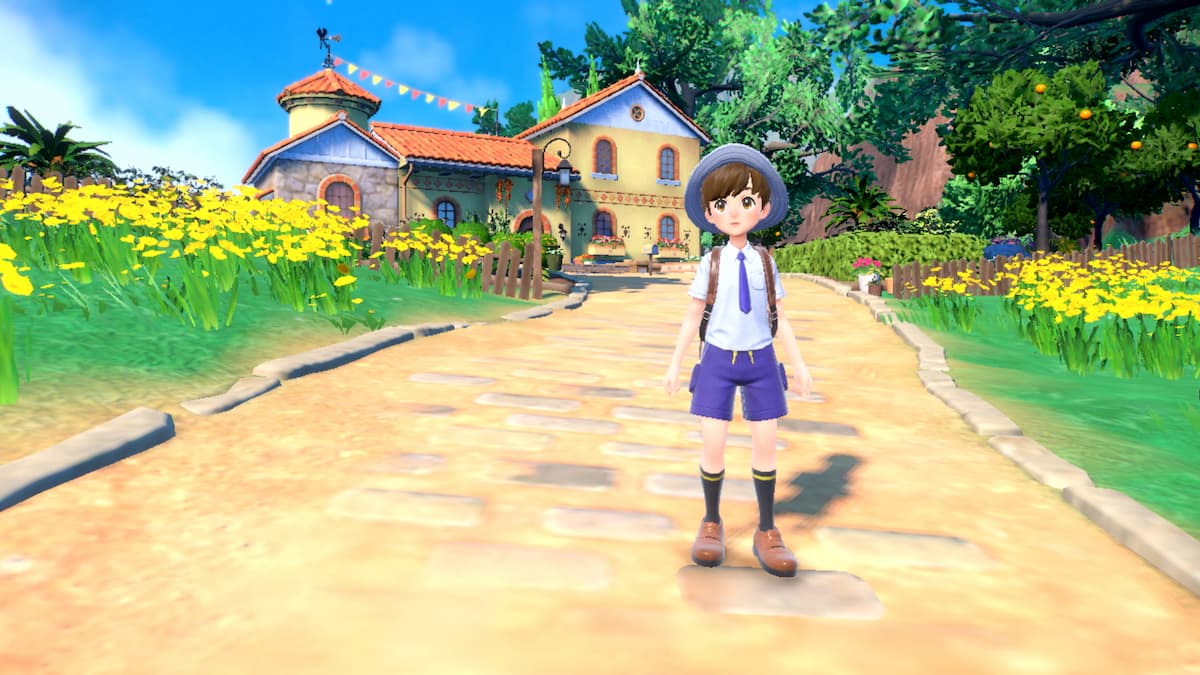 Tons of info about Pokemon Scarlet and Violet have just come out, allowing players to make more informed decisions about which version they’ll want to pick. Just like in past mainline entries, there are different legendary Pokemon in each version, along with other minute changes and exclusives that you might miss. Here’s a rundown of all the differences and exclusives in Pokemon Scarlet and Violet that we know of so far.

At the time of writing, we’re only a few days away from the release of Pokemon Scarlet and Violet, so this article will be updated with more in-depth differences about version-exclusive Pokemon as that information becomes available. For now, these are all the differences we’ve noticed.

As mentioned previously, the legendary Pokemon is different depending on which version you go for. In Scarlet, you’ll get Koraidon, while Violet players will get to encounter Miraidon.

Aside from the two legendary Pokemon, the recent trailer and event have also revealed two more exclusive ‘mons for both versions. Pokemon Violet players will get Bagon and Eiscue.

On the other hand, Pokemon Scarlet players will get Larvitar and Stonjourner. These Pokemon will be version exclusive, which means that there’s no way to get them without trading.

Here’s a full list of exclusive Pokemon for both versions:

In addition to that, Scarlet and Violet will also have different types of Paradox Pokemon. Pokemon Scarlet will get Ancient Paradox versions, while Violet gets Future Paradox versions. Here’s the full list:

Another major difference between the two versions is the professor that you’ll get to meet in the game. Scarlet players will have Professor Sada as their primary guide, while Violet players will get Professor Turo. This shouldn’t have too much bearing on the story itself, but some players may want to pick a version depending on whose vibe they prefer, or which professor has a more appealing personality.

One minor change we’ve noticed from the trailers is that the starting outfits for the protagonist seem to be different depending on which version you choose as well. For instance, the Scarlet protagonist wears red colored shorts or trousers when in their school uniform, while the Violet protagonist’s clothes are more bluish.

In a similar vein, it looks like the insignias depicted on the academy walls are also different in each version of the game.

In Pokemon Scarlet, the insignia is red and kinda looks like an orange or a grapefruit. On the flip side, Pokemon Violet’s school insignia is blue and looks more like a classic shield emblem with some grapes in the middle. In Scarlet, you’ll be attending the Naranja Academy, while Violet players attend the Uva Academy.

These seem to just be cosmetic differences, however, so it’ll ultimately come down to which color scheme you prefer if you’re picking based on that.

That’s all we know about the differences and exclusives in Pokemon Scarlet and Violet for now. Be sure to search Twinfinite for more news and information on the game.