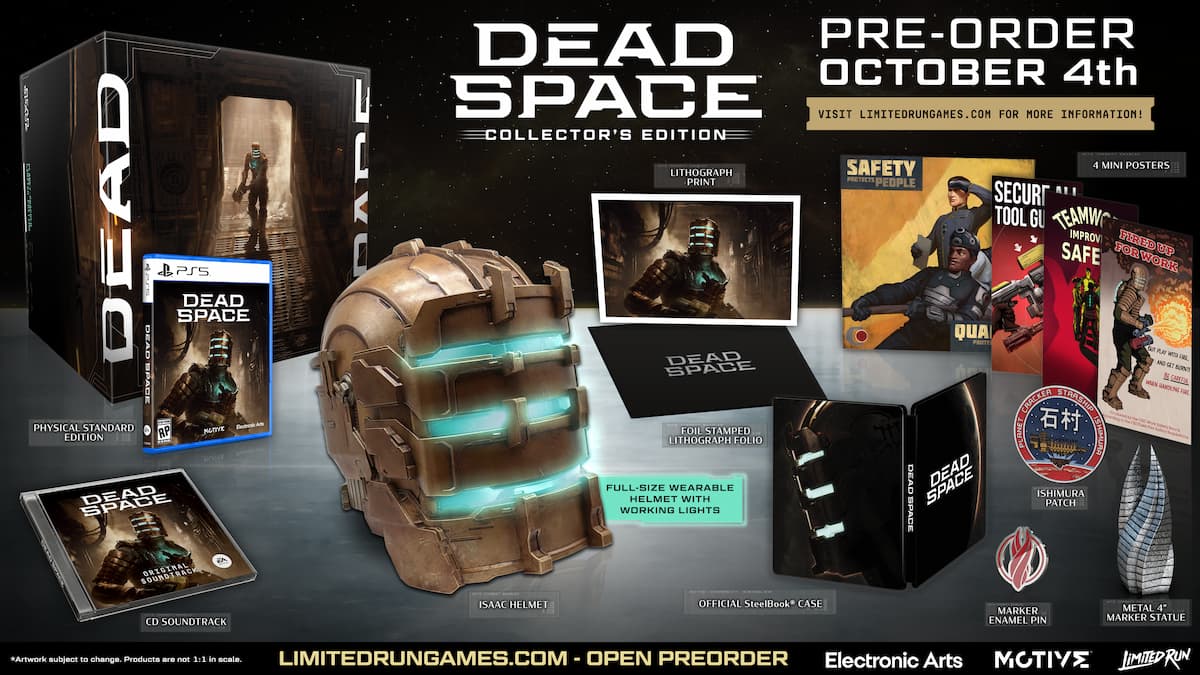 Survival-horror fans have their hands full in the next couple of months with insane titles launching. Starting in December, The Callisto Protocol releases, followed by the remakes of Dead Space in January and Resident Evil 4 in March.

Speaking of Dead Space, there’s a considerable amount of hype around the remake as it’s the first new piece of content from the franchise in almost 10 years. The hype has only been amplified by the recent announcement of the Collector’s Edition, which lets you become the series’ protagonist, Isaac Clarke, should you pick it up.

The development team, Motive Studio, and Limited Run Games are partnering together to assemble a horrifically good Collector’s Edition. Headlined by a full-sized Isaac Clarke helmet with working lights, pre-ordering this mega package will include:

It will also include a digital code for the game. Interestingly enough, the Collector’s Edition does not include the Digital Deluxe DLC contents, which include five exclusive cosmetics to add to your armor, three unique suits, and two suit textures.

As mentioned, the upcoming Dead Space Remake has a considerable amount of hype around it. The series concluded in 2013 after a rocky debut made EA close the studio that created the series. Motive Studio has been very vocal leading up to the game’s launch, showing off a ton of footage and stressing how much love and affection is going into the remake.

If interested in pre-ordering this massive package, head on over to Limited Run Games. The Dead Space Remake launches Jan. 27, 2023, for PS5, PC, and Xbox Series X|S.