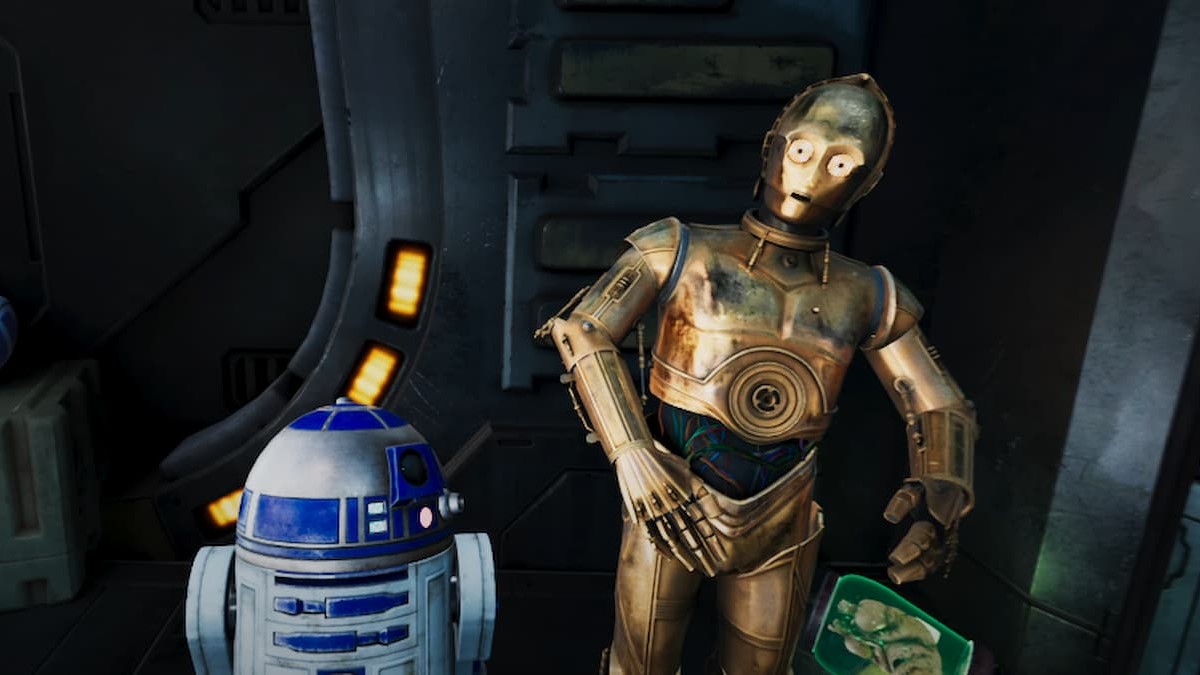 PlayStation’s latest State of Play has revealed the upcoming release of Star Wars: Tales from the Galaxy’s Edge – Enhanced Edition on PSVR2, set to launch next year.

In the trailer, we see the galactic adventures of a Droid Repair Technician, who faces a dangerous threat after a crash landing on Batuu. As a player, you’ll take on missions, fight against the Guavian Death Gang, and take over a First Order facility to establish a base.

You can check out the Announcement trailer for Star Wars: Tales from the Galaxy’s Edge – Enhanced Edition on PlayStation’s official YouTube here:

The VR journey of Star Wars: Tales from the Galaxy’s Edge – Enhanced Edition will allow you to explore different areas around space, where you can unlock new storylines and quests. In addition, players can partake in three special missions, known as “Seezelslak’s Legendary Tales” and discover unique planets throughout the narrative.

To become a Jedi in the game, you can initiate the Temple of Darkness quest and then train your Padawan in The Sacred Garden. Moreover, you can take on the role of an assassin droid IG-88 in The Bounty of Boggs Triff to experience a new perspective in the Star Wars universe.

As you progress further into the PSVR2 story, the gameplay will become more complex on different levels. However, you can increase your overall character stats by using combat weapons and thinking of new ways to complete certain phases.

Currently, Star Wars: Tales from the Galaxy’s Edge – Enhanced Edition PSVR2 is in development for 2023, and fans can certainly expect to see more information about this game in the future. You can also check out additional PlayStation State of Play content by viewing the latest news about Tekken 8 and Pacific Drive.