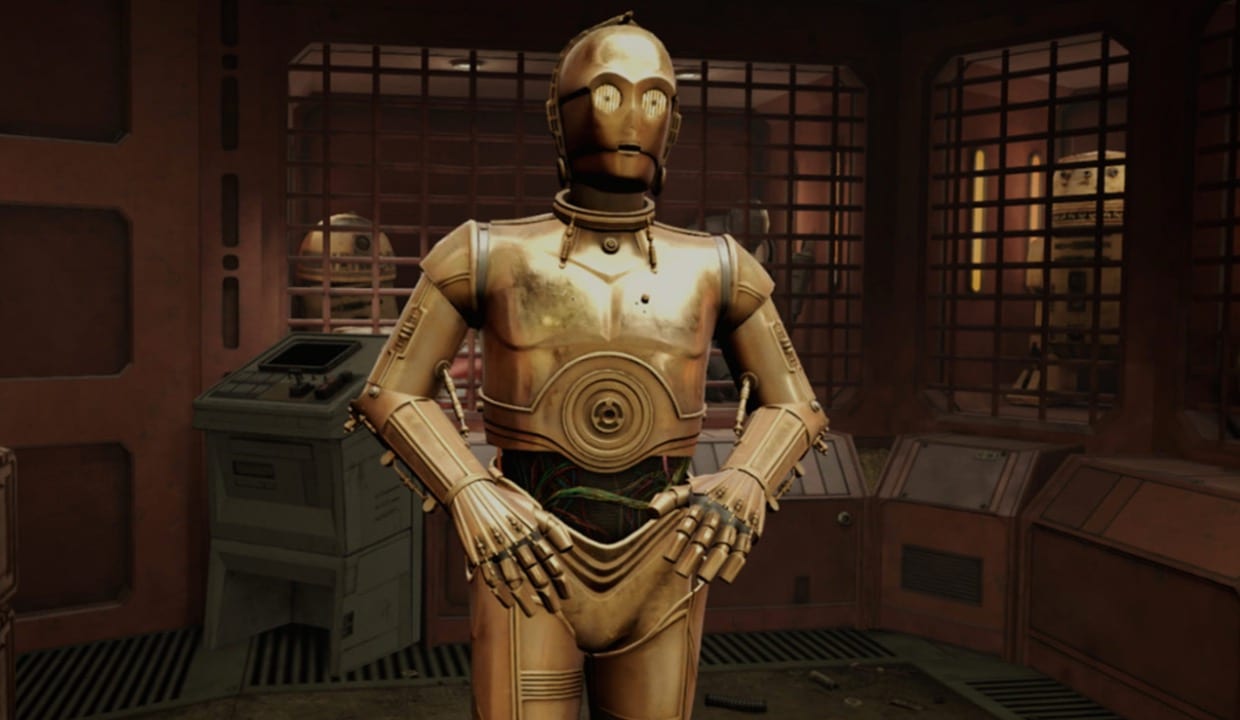 The VR title is a brand-new action-adventure experience set within the Star Wars universe, bringing players to Batuu –the world that’s now in Disneyland and Disney World at the Star Wars: Galaxy’s Edge attraction.

During a Facebook Connect event today, more details were revealed about the upcoming title and there’s even a short teaser trailer to give players a glimpse of what the gameplay will look like.

The voice of C-3PO, Anthony Daniels, will reprise his role and there will also be appearances from Yoda and a new character named Seezelslak, who acts as a barkeep in Batuu.

Star Wars: Tales from the Galaxy’s Edge will launch this holiday season on Oculus devices.

In other VR-related news, Splinter Cell and Assassin’s Creed are both getting VR titles from Ubisoft, and Facebook announced that Oculus Quest 2 will release this October for $299.