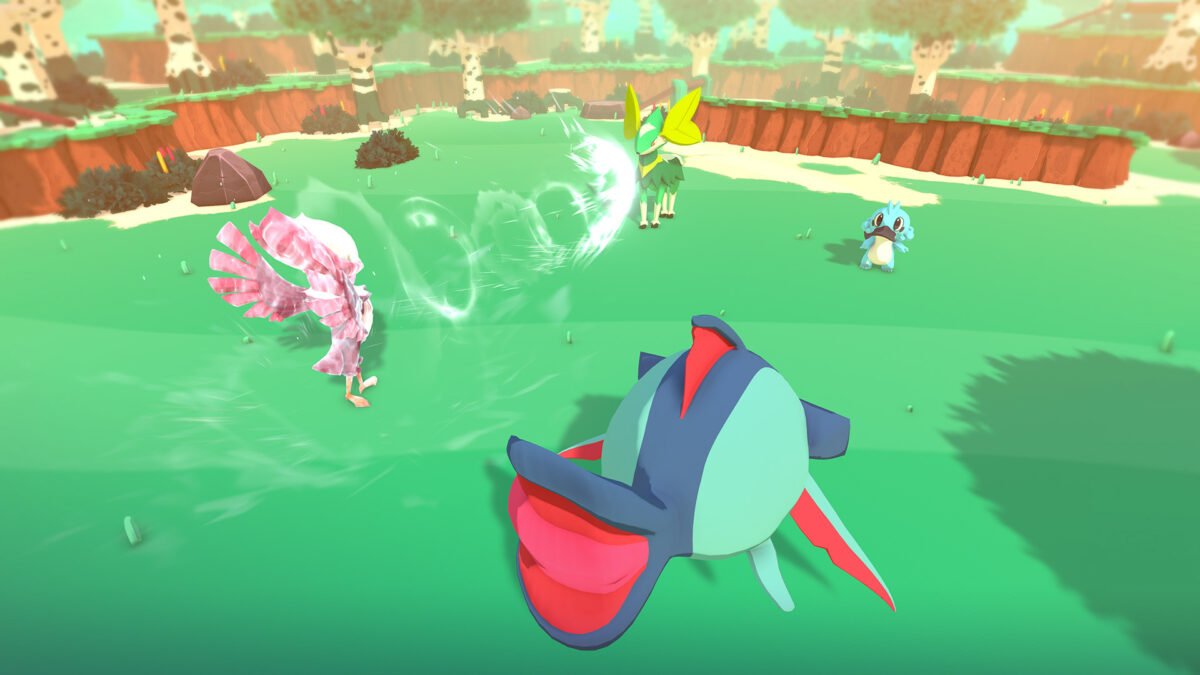 Over the years, many have tried to take the concepts of Pokemon and create their own iteration of the creature-collecting RPG. Referred to as “Pokemon clones,” there is no shortage of games that try to capture the magic Pokemon has been providing since the 90s, but it is difficult to succeed in that space.

It’s not like there is a shortage of Pokemon games, either. The past year and a half have seen three major releases from Pokemon: Pokemon Brilliant Diamond and Shining Pearl, Pokemon Legends Arceus, and the upcoming Pokemon Scarlet and Violet.

With Pokemon already flooding the market with creature collectors, it can be an overwhelming and daunting task to stand out in that space already so well represented. But just because a game doesn’t match the financial success or popularity that Pokemon has garnered, it doesn’t mean a game of this vein will be thrown by the wayside.

Temtem is an MMORPG where you collect, trade, and battle monsters in the airborne archipelago of Omninesia, and it is currently blowing up on Steam despite its similarities to the Pokemon series. To be exact, it’s seen a 419 percent increase over the last 24 hours, boasting over 5600 current players.

The setup of Temtem is much like Pokemon, where you play as a young tamer setting off on an adventure to defeat all eight Dojo Leaders and stop Clan Belsoto’s plot to rule over the archipelago. Sound familiar?

The game has been in early release on PC since Jan. 21, 2020, and on PlayStation since Dec. 9th, 2020 but has recently been topping the Steam Top Seller charts with its full release of Version 1.0. Additionally, Temtem has also gotten a full release on Nintendo Switch, PlayStation, and Xbox.

Falling just under the Steam Deck and Disney Dreamlight Valley, Temtem has skyrocketed to the top of the Steam Top Sellers list above games like Destiny 2, Marvel’s Spider-Man Remastered, and Cult of the Lamb. It’s clear that players are connecting to this game and really trying to scratch that Pokemon itch at the moment.

Even with Pokemon Scarlet and Violet just over two months away, Temtem is currently succeeding in a space that has felt dominated by one franchise in particular. Perhaps this is due to Pokemon games being trapped on Nintendo consoles and players longing for a clone that is up to par in terms of quality.

The team has worked hard to bring players a familiar but unique experience to collecting, trading, and battling gameplay we know so well. If you want to get a deeper look into Temtem, see our interview with the Temtem developers.