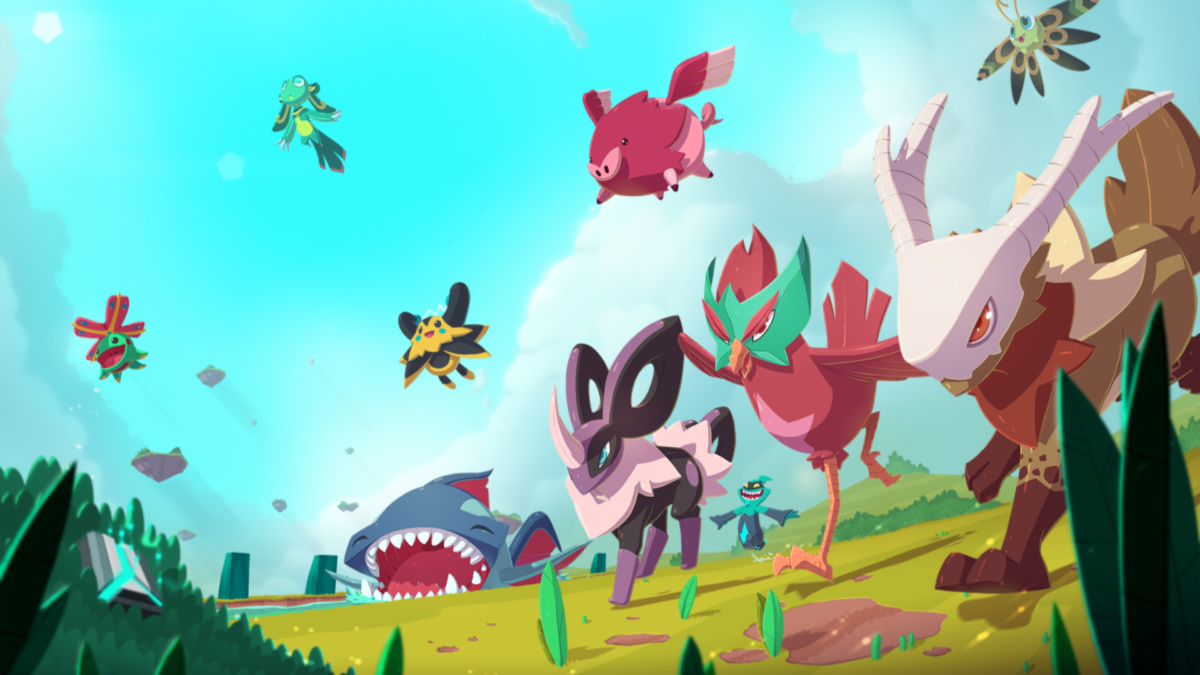 Temtem has come a long way from where it was during its launch in Early Access. Once a smaller title that people mostly saw as an indie version of Pokémon, it has grown into a game with a thriving social space and a swath of fans who swear by its gameplay. This is all before the game has even officially launched in earnest, and before massive chunks of content related to the endgame have been made available to players.

With Temtem’s 1.0 version nearing release, we had the chance to speak with the game’s director Guillermo Andrades about what it was like getting to this point, what those at Crema learned from putting the title into Early Access, and much more.

How are you guys feeling after having Temtem in Early Access? What sort of things did you gain from going with that approach to its development?

So it’s a bit complicated. It’s been an awesome ride and it’s been a lot of years from Early Access and before that even, because we started working on the game two years before Early Access. It’s been a very long drive, but we’re very happy.

What were some of the biggest development drivers that came from player feedback and what you saw while it was in Early Access?

Guillermo Andrades: There have been a lot of changes in the game because of the user feedback. We initially envisioned Temtem as a big game, but not as big as it is right now. But the users told us that they wanted more features basically. They wanted the world to be bigger, they wanted more of everything.

At the start of Early Access, we didn’t have any end game content, so after you played the campaign, it was over. You couldn’t do anything else. So they were telling us “We want to keep doing more stuff. We want to keep playing Temtem. We want to fish or do whatever.” So we made additions like a lot of activities that you can do every week. Especially in the 1.0 patch: It includes a whole new island which is focused on endgame activities so people can spend more time on Temtem.

How has all of that influenced the scope of Temtem? Has it influenced how long you think you guys will be supporting the game and updating it with new content?

Guillermo Andrades: The scope is huge compared to what we had initially. We had a pretty small game in mind, and right now, it’s huge. It has a lot of content, and there are players that have been playing Temtem for over 3,000 hours. We never expected that kind of player engagement. So it grew a lot, and certainly after 1.0 it’s going to keep growing.

We do consider Temtem a finished product. We still want to work on it and we still want to release new features, but for us Temtem right now is what we envisioned for Temtem. It’s like, we are happy with what Temtem is right now. We are going to keep working on it and we are going to keep releasing new features, but we are happy with it.

What are some key features that you think set Temtem and Pokémon apart? What do you think makes Temtem its own entity?

Guillermo Andrades: *Laughs* The comparison is pretty obvious. It was our intention. It’s true that Temtem is inspired by Pokémon, but (Temtem) has a lot of different systems. If you saw a trailer or a couple of screenshots, you’d think “Yeah, that’s Pokemon”, nothing else. But if you played Temtem for a bit, and you exit the starting area and you start getting into battles and all that, it has a lot of new stuff.

I think the main difference from Pokemon is our approach to battles. In Temtem, the game is certainly harder and you have to think a lot, especially in basic battles with NPCs. Everything in the battle system is designed for a more competitive approach. I think Temtem is closer to Chess than Pokemon because the battles are so strategic and you need to know a lot of stuff, and you can do a lot of moves and strats.

In Temtem, there are no random factors in battle. In Pokemon for example, you have Ice Punch which has a 30 percent chance to freeze the enemy. In Temtem, (an attack) either freezes or doesn’t. You never have an “I don’t know” factor. If you win, it’s because you did it better and you’re the better player. It’s not because the computer decided to let you win.

You mentioned how it has a much more competitive aspect. Is that one of the experiences you guys wanted to provide with Temtem? What are some other key experiences you want players to have while playing the game?

Guillermo Andrades: Yes! One very big aspect of Temtem is the competitiveness. We are putting a lot of effort into building a competitive scene so everyone can feel the fun of getting into this aspect. We’re not trying to be an eSport because that’s a big world for us, but we want to do some kind of tournaments, we want to organize some leagues, we want to do some events in the future. We want to focus on that and put some resources toward it so that people can feel like it’s a big part of the game.

In terms of the online aspect of the game, how do you see that impacting the experience that players will get either on their own or with friends?

So at anytime in your adventure, you can challenge someone, you can fight someone, you can ask for directions, or you can trade your Temtem for a new that you don’t have. [The online features] are more like a social aspect than traditional online gameplay. But it adds a lot: We’ve seen a lot of people making friends on Temtem. We even had an in-game wedding between two users.

What is your favorite Temtem you guys have added to the game so far?

Guillermo Andrades: I think my favorite Temtem is Saku, which is like a Nature Temtem. It’s one of the very first ones. I don’t know why, but I like it a lot. There’s also another Temtem called Momo, which is named after my dog, my real dog. I like that one’s design a lot because it reminds me of my dog. *Laughs*. I think those two are my favorites.

If someone were to hear of Temtem for the first time, how would you describe it?

Guillermo Andrades: I would describe it as a massively online adventure game in which you capture and battle with different creatures. I think that’s a basic description, but it has all the key points people can expect from the game.

Temtem is set to be released for PC on Sept. 6.