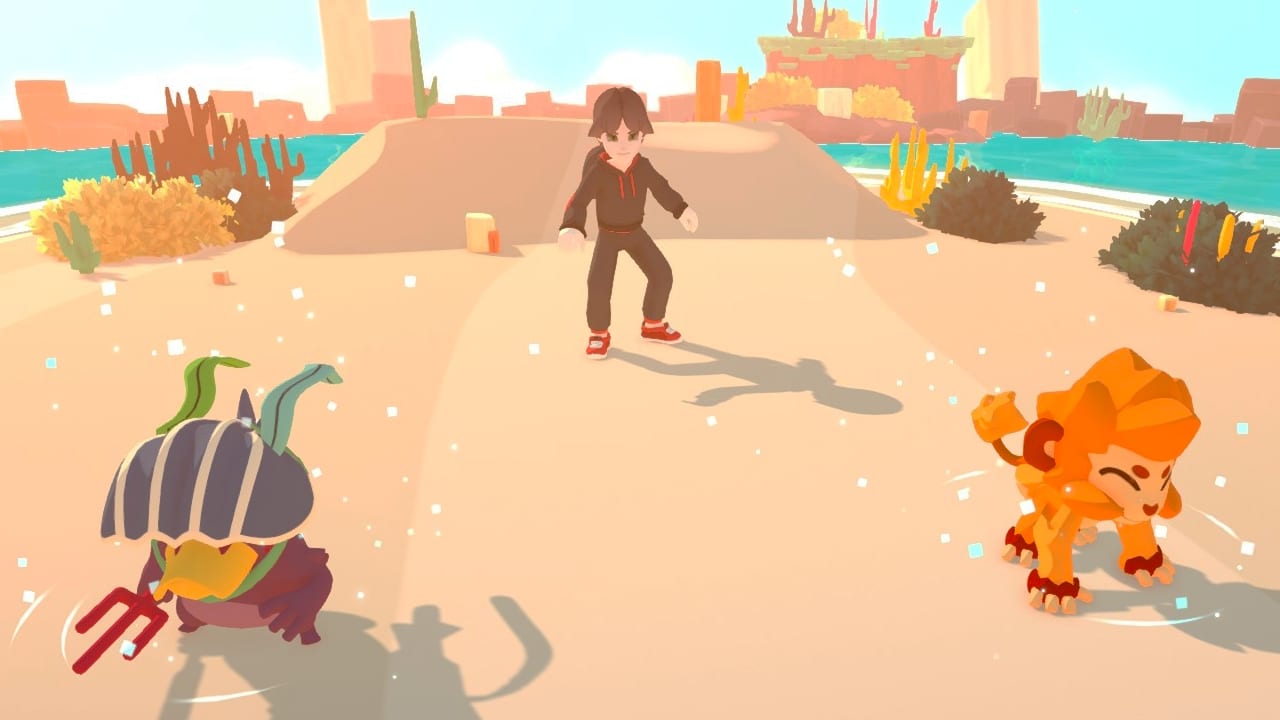 This week, CremaGames and Humble Bundle released their new MMORPG on Steam Early Access. It’s called Temtem, a clearly very Pokemon-inspired MMO that has you journeying across a beautiful, vibrant world while catching creatures and using them to do battle at a variety of dojos.

Temtem entered its Early Access period yesterday, and as you might’ve expected from a new indie MMO, it’s going through some pretty rough server issues at the moment. Servers are constantly reaching full capacity, and even when you get into the game, server response times can be abysmal. The developers have even already had to reset the servers multiple times throughout the day to push out patches and hotfixes.

Even now, as I’m typing this, the devs are finishing up work on a patch to resolve black screen issues, and are about to push it out. This game’s got tons of launch day issues for sure, but the devs have been toughing it out and keeping players in the loop the entire time, which is nice.

It’s all been worth it, though, because Temtem is shaping up to be something that could be really special.

On the surface, everything about this game screams Pokemon. The game begins when your mom wakes you up, and you start by going to a lab where Professor Konstantinos (Oak) gives you your very first Temtem (Pokemon). You’ll journey across the land to fight at dojos (gyms), and along the way, you’ll use Temcards (Poke Balls) to catch new Tems, and heal them up at the Temporium (Poke Center) when necessary.

Right off the bat, there’s a multitude of new and different typings to learn and get used to. Combat also features a prominent difference from the Pokemon series: they’re mostly 2v2 affairs by default. In addition to that, Tem pairings are important, as you’ll eventually learn moves that synergize well with other types, and you can pull off some seriously painful combos that could take out an opponent in one turn.

Temtem’s combat is much harder and more in-depth than anything we’ve seen in Pokemon, and it just might be the kind of challenge series veterans have been asking for for years. I haven’t gotten far enough into the game to properly experiment with move synergies, but the potential is clear, and it’s exciting to think about what the PvP end game might look like.

There are minor complaints to be had with Temtem, chief of which is the fact that Tamer (trainer) battles happen far too frequently in this game. Tamers are littered all over the place, and you can’t take more than 10 steps without getting into a mandatory battle, which makes the game a little tiring to play at times.

But aside from that, Temtem’s been an absolute blast. The creature designs are a little derivative, and I haven’t seen anything that really jumps out at me the way Pikachu does, but they’re beautiful to look at. In fact, the entire game looks like a gorgeous coloring book that you just want to immerse yourself in.

It might still be in Early Access for now, as I said, these early stages are looking very promising. Gotta acquire all the Temtems!