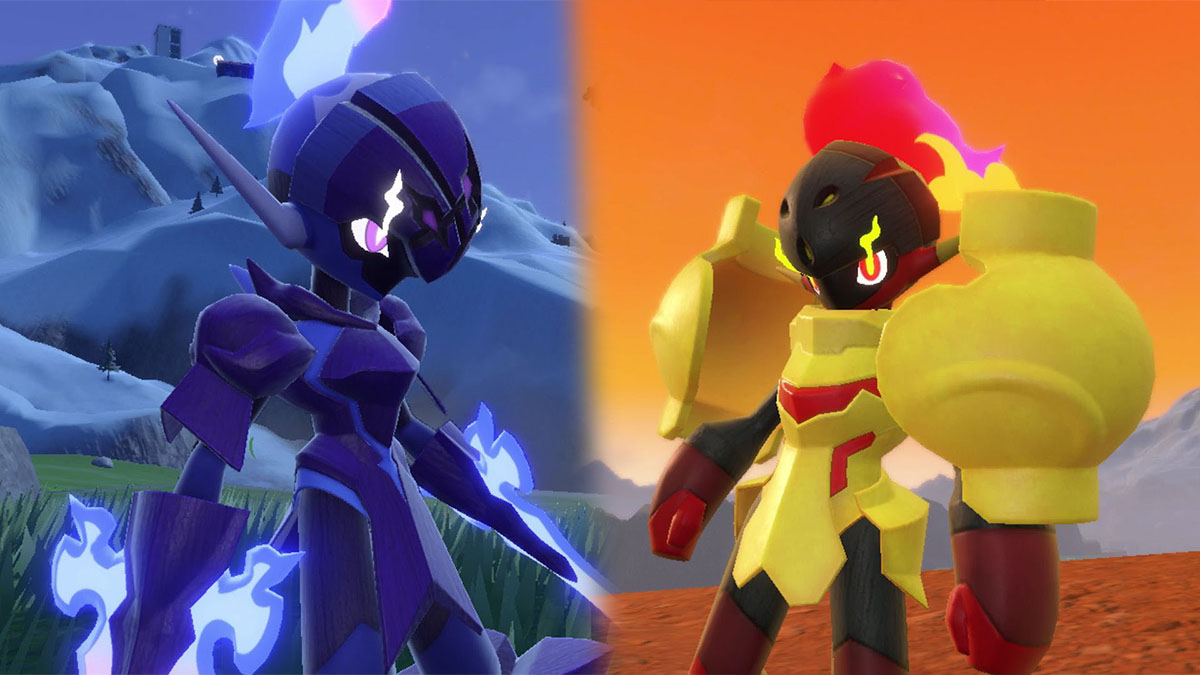 Today The Pokemon Company and Nintendo had some interesting reveals to share about the upcoming Pokemon Scarlet & Violet.

First of all, we get a trailer showcasing new characters, pokemon, and gameplay features, and plenty of details about these new elements.

In the game, players are enrolled in a school hosting a study project with the theme “A Treasure Hunt” which includes three different storylines as follows.

You can choose which path you want to explore, like in most open-world games.

The “Let’s Go!” feature lets you pull out a Pokemon to walk with you while you explore the Paldea region. You can send it off in any direction and it will pick up items and fight against other Pokemon in Auto Battles.

Armarouge’s set of armor belonged to a distinguished warrior and is the source of the energy used for its Psychic-type moves. It also uses the psychic capabilities of this armor to control the fire energy within its body and unleash attacks.

Ceruledge dons an old set of armor steeped in grudges and wields blades made of fire and ghost energy. In battle, these blades transform into great swords to increase Ceruledge’s power. Cuts from these great swords leave wounds from which life energy will flow.

The final revealed Pokémon Klawf can be encountered in both Pokémon Scarlet and Pokémon Violet.

Klawf can rotate their protruding eyeballs to see everything around them, eliminating all their blind spots. They can latch upside down onto cliffs to ambush their prey from above, however, they eventually get dizzy from the blood rushing to their heads, so they cannot stay upside down for very long.

Last, but not least, we meet some characters that we’ll cross path with in the game, the school’s troublemakers of Team Star and their boss Mela, the upperclassman Arven, the Pokemon League chairwoman Geeta, the gym leaders Brassius, and the protagonist’s mentor Nemona.

You can check out the trailer for yourself below, alongside plenty of screenshots and art at the bottom of the post.

In other Pokemon Scarlet & Violet news, Nintendo will release a special edition Switch OLED model featuring colors and art inspired by the game. It’ll actually launch before the game, on November 4.

Pokemon Scarlet & Violet releases on November 18 exclusively for Nintendo Switch. If you’d like to see more, you can enjoy the previous trailer.