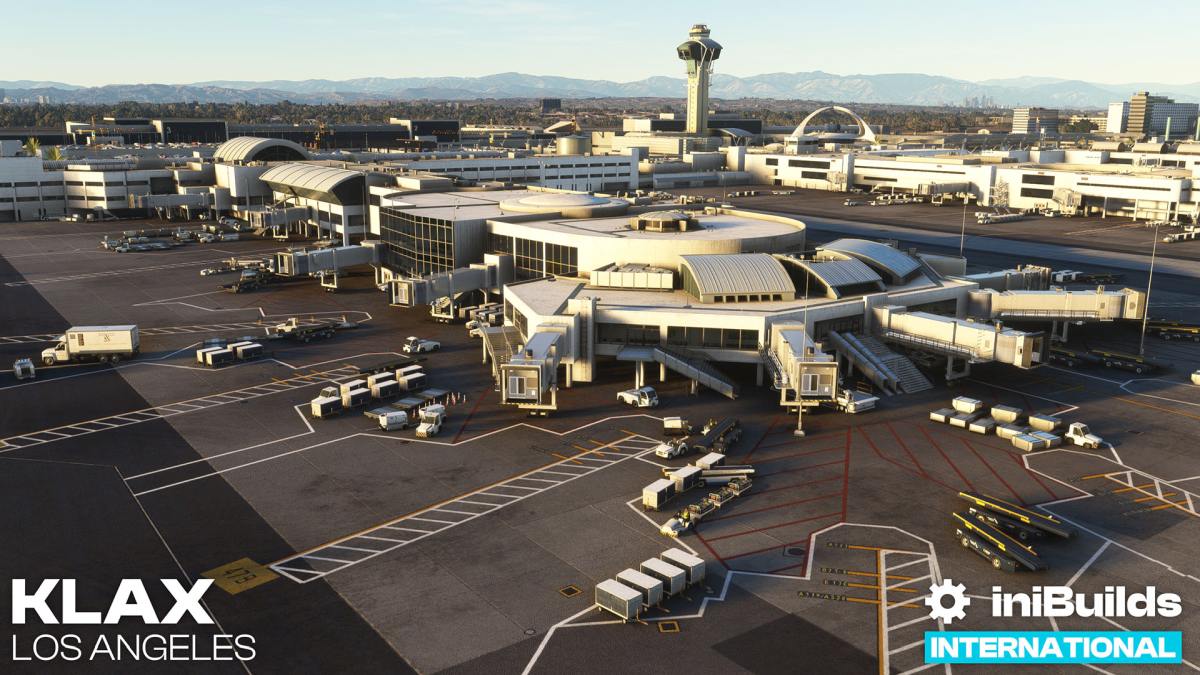 We start with iniBuilds, which announced Los Angeles International Airport (KLAX), one of the most important airports in the United States. It’s also the third-busiest hub in the world.

The airport, which entering beta testing, should come “very soon.”

It’s based on the early-mid 2022 state of the airport, and the developer pledges to “update it as notable constructions are completed at the airfield.” That’s great since KLAX is undergoing considerable renovations in the real world.

Below you can find a list of features, a trailer, and screenshots.

Speaking of the trailer, at the end you can see a small tease of the Airbus A310 that will come for free with the 40th Anniversary Edition.

FlyingIron Simulations also announced that its F6F HELLCAT will be released on Friday, September 9.

The airport’s modeling is complete, and all that’s left to do is the ground texturing.

Below you can see a few screenshots and a video.

Last, but not least, yours truly will appear alongside Calum Martin from FSElite and Sérgio Costa from HeliSimmer during a webinar organized by the Flight Simulation Association on the theme of “Gaming vs. Flight Simulation” and how the release of Microsoft Flight Simulator influenced the hobby.

You can find it here and it’ll go live on September 24 at 7:00 pm UTC. Below you can read a summary of what you can expect.

“Today, flight simulation is available on gaming consoles, low-end PCs, and even mobile devices. Through the release of Microsoft Flight Simulator, the hobby of flight simulation has become more accessible and mainstream than ever. Does this mean we’re entering a new “race to the bottom” for quality of flight simulation add-ons? Is it even worth developing products for the PC market anymore?

Join some of the community’s most high-profile media personalities for a discussion on how the world of flight simulation is changing. The live discussion will also feature a Q&A segment with the audience.”