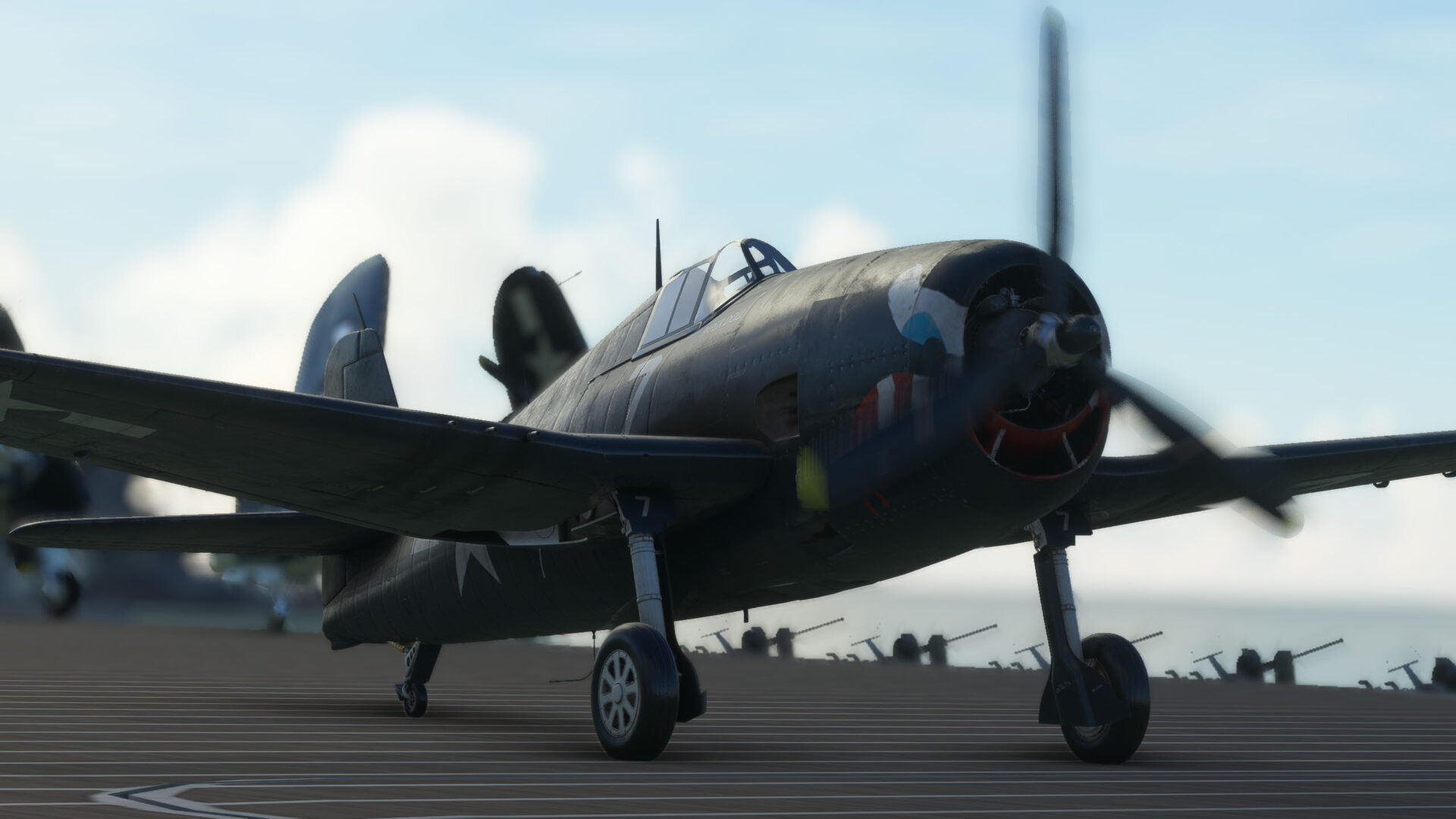 First of all, we hear from FlyingIron Simulations, which announced the workhorse of the US Navy during World War II, the F6F Hellcat.

Here’s what we can expect.

Mean, rugged & powerful. These 3 simple terms can only begin to describe the beast of a machine that is the US Navy’s F6F Hellcat.

The Hellcat is a beautifully designed, carrier-operated fighter that is credited with destroying more enemy aircraft than any other Allied naval aircraft and playing a key role in achieving air superiority over the Pacific for the Allied Forces.

We’ve cut Grav (GotGravel) loose for this one and given him more coding responsibilities & he has been relishing the work! His work on the aircraft systems is every bit as detailed as his work on the Flight Models. Together Alex & Grav have been making sure every nut, bolt, rivet, lever and switch looks, animates, behaves and reacts just like it should!

With our 3D Modeller having passed on the model to us some time ago, Alex has been hard at work mapping, texturing & animating the model with a matching level of detail. Although it’s still only an early work-in-progress, you can see the beautiful detail in his work – from the oil & grime streaks, the smallest decals, to the accurately replicated, imperfect hand-drawn nose art – really brought to life inside MSFS.

As an added bonus, we’ve purchased an exceptionally high-quality sample pack of F6F recordings, featuring hundreds of samples professionally recorded from a real F6F. There are over 20 different engine recordings alone, recorded from different positions & with varying microphones. When I’m not working on the A-7, I’ve been building the F6F sound design package in Wwise from the above samples. You can expect exceptional sounds in this module!

That’s not all from FlyingIron, as the developer also teased what’s coming later in the form of two German World War II fighters in early 3D model development, the Focke-Wulf Fw 190 and Messerschmitt Bf 109.

You can find a few renders below.

Last, but not least, we take a look at a very impressive video from FlySimWare, showcasing the classic twin-engine Cessna 414A Chancellor.