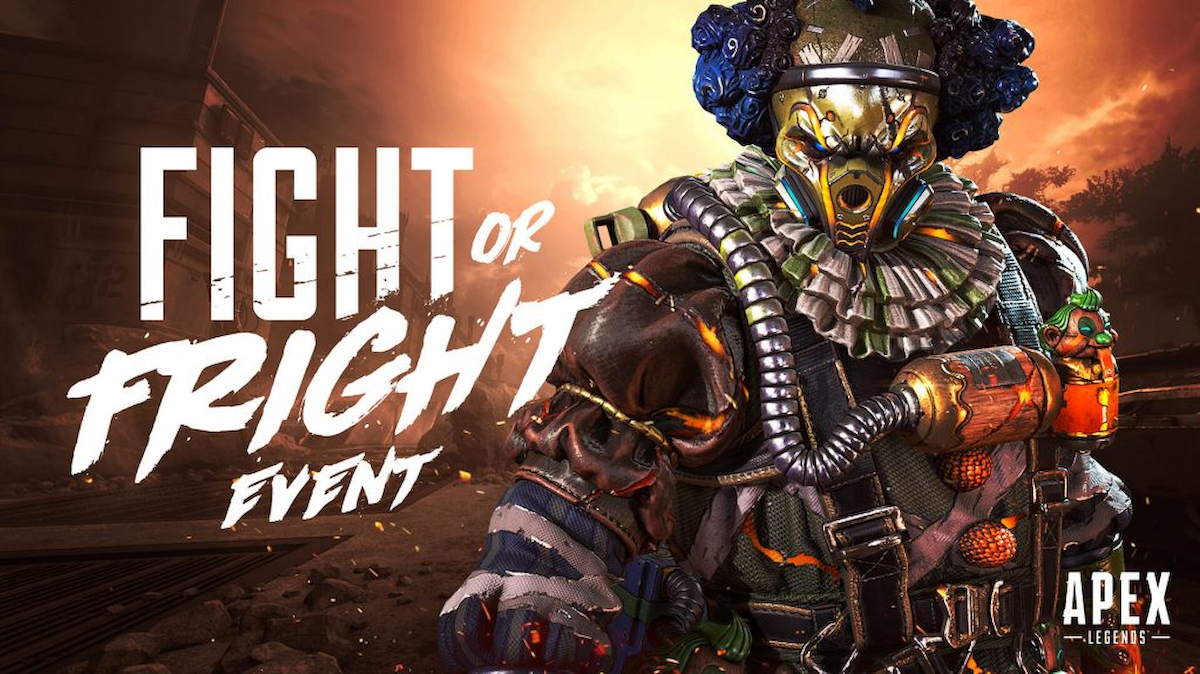 While the first Fight or Fright in Apex Legends took place as a collection event in season three. It has since morphed into a themed event that first showed up around Halloween in 2020.

This time around, it will take place as a four-week event with LTMs (Limited-Time Modes) swapping out each week. Fight or Fright will last from Oct. 4 to Nov. 1.

Starting Oct. 4 until Oct. 11, players will be able to play Shadow Royale in the Olympus After Dark map, which is basically just a nighttime version of Olympus. Shadow Royale is a trios mode where dead squadmates turn into infinitely respawning shadows (as long as one member of the squad remains alive) that “can run on walls, double jump, revive allies, and deliver extra melee damage”.

From Oct. 11-18, players can play Gun Run in Estates After Dark as well as the previously available Skulltown and Fragment East. Considering Gun Run is still currently live in Apex Legends with the Beast of Prey collection event, it’s surprising to see it coming back so quickly. For those who have missed the event, Gun Run is a modified version of Call of Duty’s classic Gun Game in Apex Legends.

Oct. 18 until Oct. 25 sees the return of Control, the team vs. team point capture mode that first started in season 12. This time around there are a few changes such as “players automatically pick up ordnance if they walk near it” and more.

Finally, the fourth and final LTM from Oct. 25 to Nov. 1 will once again be Shadow Royale just to even the whole event out.

During this time, a sale will be going on featuring all past Halloween skins that players might have missed the first time around.