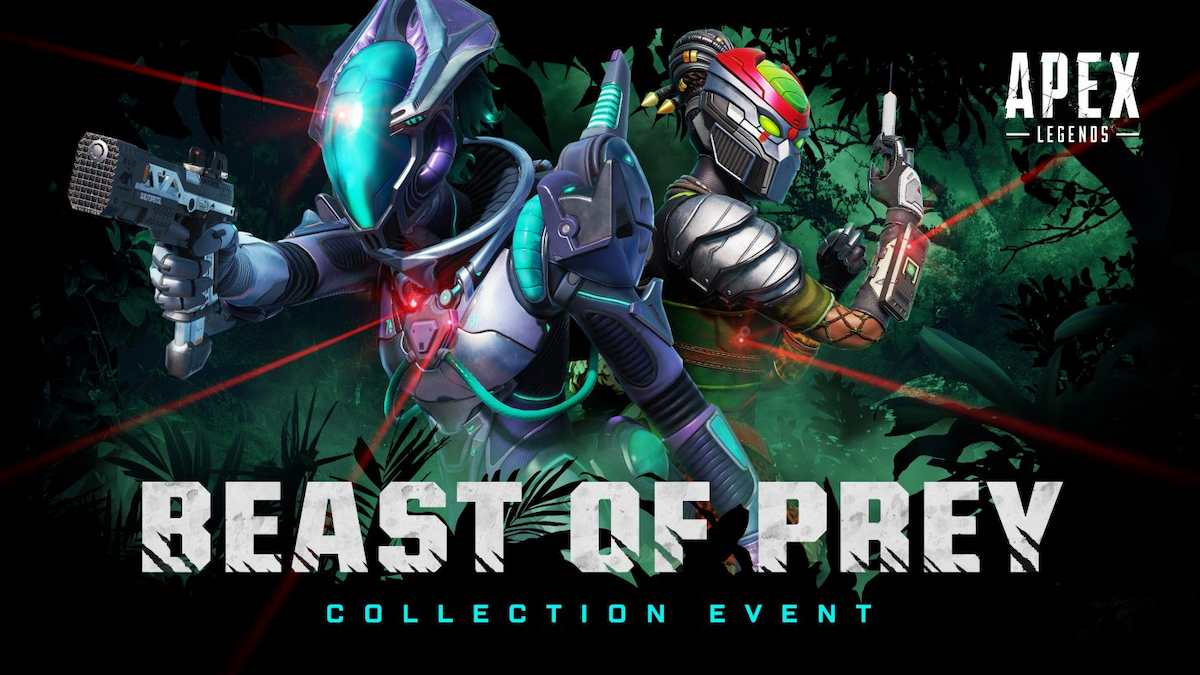 A skin shown off for both Lifeline and Octane directly references Predator whereas a Horizon skin is clearly meant to be a Xenomorph from the Alien movies. This themed pack goes at an interesting time, only two months out from the release of the Predator prequel Prey.

Beast of Prey will also be introducing a brand new LTM to the battle royale, as well. Gun Run promises to be a bit like Call of Duty’s classic Gun Game. This time, however, it’s a 3v3v3 variant. Playing out something like Arenas but it seems that progression happens as a group, not individually.

The post on the EA site gives more detail:

Each time you get a kill with a weapon, you leapfrog over teammates and are given the next highest weapon on the track. Play as a team and get through the track as fast as you can, with some help from infinite ammo, health items and automatic respawns.

You can see the trailer for yourself below before we dive into more detail.

This collection event will also include a new Heirloom, this time for Loba. This Heirloom takes the shape of a knife that turns into a fan called the Garra de Alanza, which Google translates into “Lance Claw”.

As usual, the Heirloom can either be made with the very rare Heirloom shared or earned by buying all other cosmetics during the event.