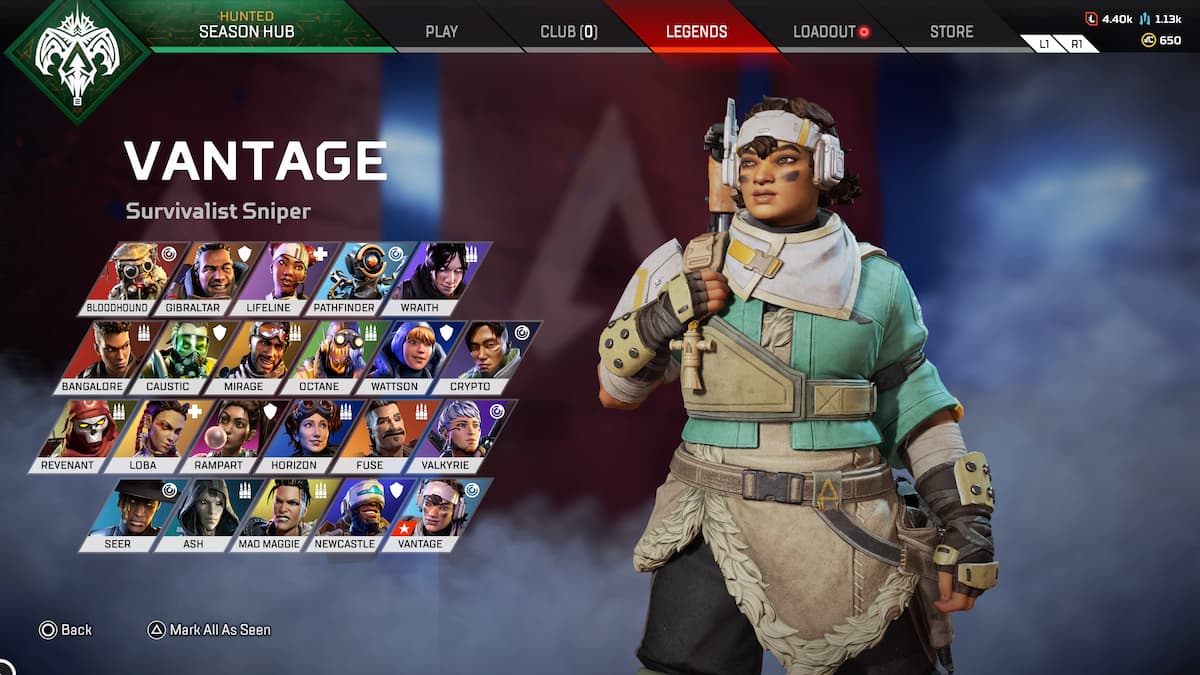 Apex Legends has just entered its 14th season of content since its release back in 2019. Much like fellow hero shooters like Overwatch, the battle royale has seen numerous shifts in character metas and team comps as each season goes by introducing nerfs or buffs to characters changing how they are played. With Season 14 in full swing, a new breakdown on Legend pick rates has given insight as to where each Legend stands, and here’s everything you need to know on all Legend pick rates in Apex Legends Season 14.

Below, you’ll find the pick rates of all the Legends, regardless of the mode, courtesy of Apex Legends Status’ tracking database as of Aug. 8, 2022.

There are a couple of things to note with the results with the most obvious being Vantage’s pick rate. Legend pick rate tends to rise during a character specific event, or when they are paired with a new season with Vantage’s pick rate being a reflection of the latter sentiment.

On the other hand, high flyer Valkyrie’s pick rate has plummeted astronomically after her Season 14 nerfs as she sat at 34% leading up to Hunted. However, it is surprising that her pick rate is still higher than defensive stalwart Newcastle who received a few buffs with the newest season. Surprisingly, the changes to his kit seemed to actually boost his pick rate despite the overall low percentage while Mad Maggie has also seen a bump most likely due to the fact that her ultimate now destroys Gibraltar’s Dome of Protection.

Keep in mind, the newest season has only been active for a week. The current pick rates will change as the season progresses with players scrambling to complete character specific battle pass challenges or when the next big event hits the game. Typically, said events bring changes to characters that might introduce a shift in pick rates.

That is everything you need to know on the current pick rates for all the Legends in Season 14 of Apex Legends. While you’re here, be sure to check out the hype behind Vantage such as a complete breakdown of her abilities. You can also check out the battle pass trailer or, if you’re feeling nostalgic, check out our previous coverage on Legend pick rates to see how far the game has come.