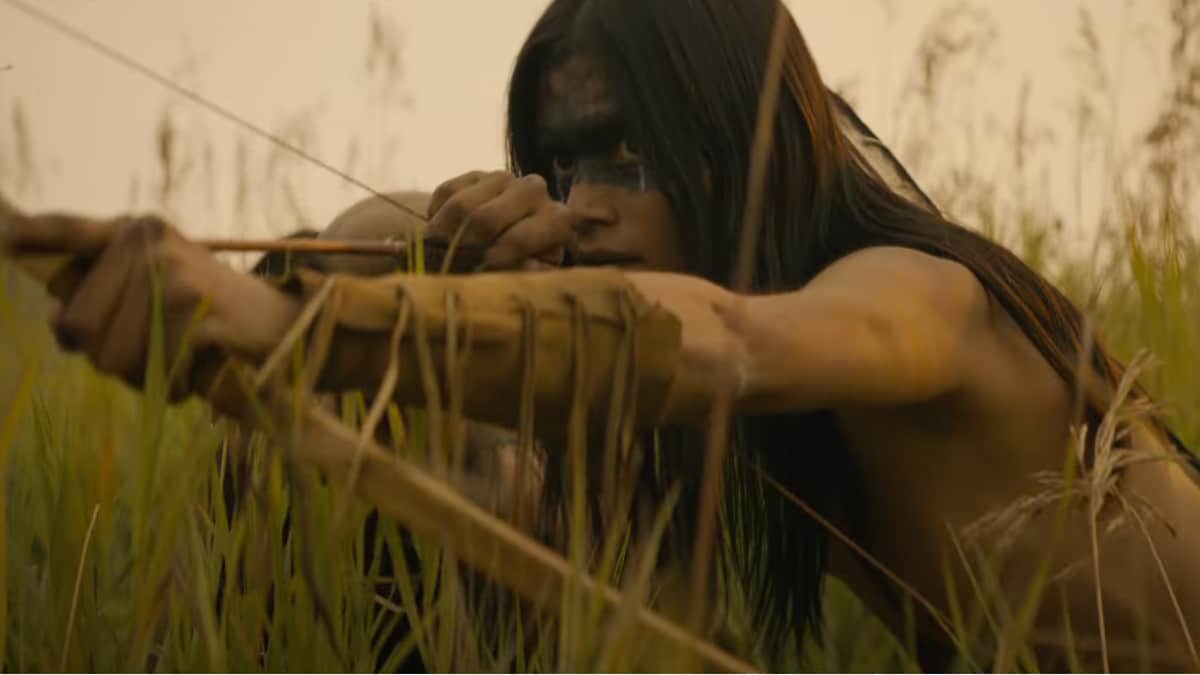 Late yesterday, 20th Century Studios and Hulu dropped the first full length trailer for its upcoming Predator prequel, Prey. Set in the 18th century, the new film will pit a Comanche tribe of warriors against the iconic sci-fi monster.

Go ahead and check out the new Prey trailer for yourself down below:

So far, we’ve only been privy to a short teaser, so Yautja fans will likely be pleased to see an extended cut of the footage. Clocking in at just under two and a half minutes long, this new video sheds much light on what fans can expect when the pic launches exclusively on Hulu on August 5, 2022.

One question that has been on fans’ lips was whether the movie would be filmed in English, or whether it would be filmed using Comanche with English subtitles. As you can see above, the filmmakers have opted for English.

Interestingly, though, in a recent interview, Prey’s producer, Jhane Myers, went on record to placate fans hoping for a Comanche language cut, by confirming that the film will be the first ever to receive a full Comanche language dub.

They hunt to live. It lives to hunt. #Prey streaming August 5. Set in the Comanche Nation 300 years ago, “Prey” is the story of a young woman, Naru, a fierce and highly skilled warrior. She has been raised in the shadow of some of the most legendary hunters who roam the Great Plains, so when danger threatens her camp, she sets out to protect her people. The prey she stalks, and ultimately confronts, turns out to be a highly evolved alien predator with a technically advanced arsenal, resulting in a vicious and terrifying showdown between the two adversaries.

Prey is scheduled to release exclusively on Hulu on August 5, 2022.