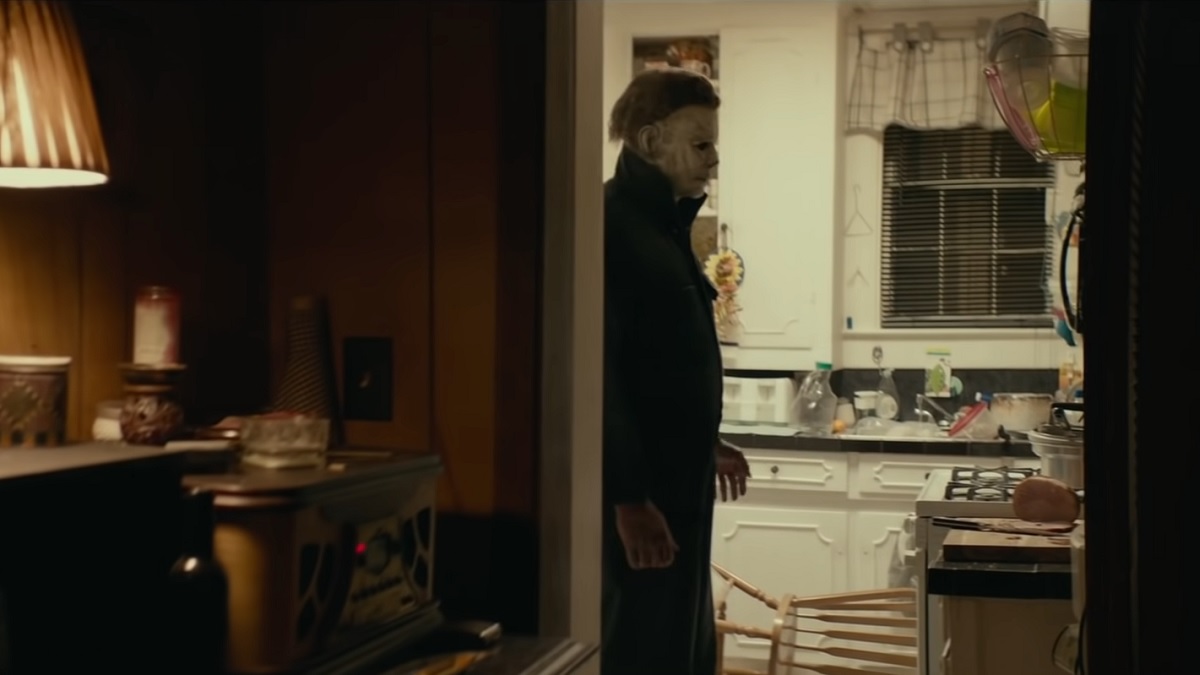 Villains in horror films have a certain appeal that others don’t always have outside the genre. Their propensity for violence can fill us will thrills, awe, and disgust. Occasionally, we cheer horror villains on in hope those annoying campers get what they deserve; other times we hope their plans fall apart. It’s difficult to pinpoint what makes a good antagonist, but a good horror villain should exploit our worst fears and, of course, keep us entertained while they’re doing so. Keeping those in mind, here are the top 13 best horror villains, ranked.

Where Michael Myers personifies evil in a more down-to-earth kind of way (and that’s stretching it), Jason Voorhees is more of an evil spirit of vengeance wearing a hockey mask, a curse upon the world for his unfortunate death. This gives Jason Voorhees a supernatural element, being both strong and unkillable. The strangest bit of Jason’s history is that many of his victims probably got what they deserved. If you’re his target, there’s a good chance you did something wrong.

Looking to the other end of the spectrum of twisted creatures, there’s Michael Myers. There’s no rhyme or reason to what he does; Michael is nothing more than a force of nature with a seemingly indomitable will. To label him an unstoppable force is putting it lightly. Unlike Jason, Michael has no conscious, no drive for anything other than being the arbiter of death as he makes his way to his sister. You might be able to skirt past Jason’s judgment, but Michael would rather cave in your skull.

STDs are scary enough on their own, but pale in comparison to STCs—sexually transmitted curses. The Entity featured in It Follows has a moveset that breeds paranoia in its victims. If you were an unlucky recipient, you’re essentially barred from group activities and crowds. Any one of those people could be The Entity, ready to pounce on you at any moment. What’s eerie and creepy, aside from shapeshifting, is that it’s always pursuing its victim. And when they’re dead, The Entity moves onto the last person who had the curse, and so on and so forth.

Among the classic horror slasher villains, Freddy Krueger is the one being you’ll never escape from. At least with Michael Myers or Jason Voorhees you might be able to if you run fast enough or outsmart them. However, everyone needs sleep at some point, and in the dream realm, Freddy Krueger is king. That’s where he drives you mad, tortures and harms, and even makes you question if you’re still sleeping. He also has some level of control over the real world. Sure, Freddy Kruger can be defeated, but so long as people sleep, he’ll never go away.

John Carpenter’s The Thing is nothing like the friendly E.T., which is a shame because you might feel a bit of sympathy for someone trying to get back home, even if they are an alien. You might even see yourself helping them out. Unfortunately, The Thing isn’t exactly approachable and might even be blending in by using your friend as a host. It’s intelligent, dangerous, and very hard to kill. So long as a portion of its body survives, it will continue living on, for many, many years if it has to.

Life creates strange creatures, which is exactly what makes the Xenomorph so fascinating. It’s foolish to think that all life out in space would be friendly or altruistic, for that matter. The Xenomorph, at its core, is doing nothing more than what life does: survive and reproduce. Unfortunately, reproducing means planting eggs in your chest. What’s more horrifying than that is the thought that a Xenomorph-like creature may be out there, waiting for its next victim.

No good ever came from opening a box, especially one as strange-looking as Lemarchand’s Box. Unless you want your body torn to pieces and nailed to a post. Oh, and you’ll still be alive when this happens. The ones who will be doing the torturing are the Cenobites, led by Pinhead. Some would argue Pinhead is less a villain and more of a middleman for Hell. However, solving the mystery box dooms you to a life of torture, whether you wanted that or not. And no take-backs, either.

Out of all the villains on this list, Carrie sticks out like a sore thumb. Blessed (or cursed) with the telekinetic powers, she would’ve fit right in with the Avengers. Alas, due to an overbearing mother and the victim of bullying, Carrie went down a dark path. There’s no doubt that her bullies deserved to be punished, plus rounds of therapy, but Carrie became judge, juror, and executioner when she used her gifts for villainous acts: murder, with a dash of arsen.

In a world so focused on politics and social pressures, the Blue Aliens from They Live hit way too close to home. Their control over the airwaves through subliminal messaging hidden within advertisements is both sinister and intelligent. Worst of all, you wouldn’t know they were doing it; they disguised their grotesque anatomy with the same signals used to subjugate humans. That is truly nefarious. Only a pair of cool, black shades are able to pierce through their ruse and uncover the truth.

There’s always room for comical villains and Evil Ash fits the bill. Look past his irritating personality and wacky antics. What makes Evil Ash interesting is how his personality is a reflection of Ash. Despite being a reluctant hero, Ash Williams’ personality and actions could quickly turn dark given the right push. Evil Ash represents what Ash would’ve become had he been subdued by the forces of darkness. Being the leader of a Deadite army also gives Evil Ash bonus points in the villain department.

Some villains use tactics that just about anyone would be scared of—knives, machetes, torture—but too few villains use your deepest, darkest fears against you. And that’s exactly what Pennywise exploits. Even worse, Pennywise prefers targeting children. He isn’t content on cornering you and ending your life right then and there, no. Pennywise essentially marinates your flesh by breaking you down, physiologically, with your worst fears. Of course, both the performance of Tim Curry and Bill Skarsgård certainly help.

The idea of possession should already make your skin crawl. A ghost is one thing, but a high-ranking demon such as Pazuzu? Disgusting. To make matters worse, Pazuzu has no qualms about possessing the body of a young, 12 year-old girl, violating her body physically, spiritually, and internally. It’s amazing Regan didn’t die from the grotesque ways Pazuzu twisted her body. Pazuzu’s beef with God’s creation led him to use his supernatural powers and intelligence to influence others into heinous acts, just for the fun of it.

1. Hannibal Lecter (Silence of the Lambs)

Out of every villain on this list, none can surpass the frightening nature of Hannibal Lecter. It’s less about what he did and more about his mannerisms, which is a testament to Anthony Hopkins’ performance. If you look at Silence of the Lambs on its own, you won’t see Hannibal perform terrible acts. However, the way he recounts events are more disturbing than seeing it on the screen. You can tell he draws great pleasure from those memories. After all, according to Hannibal, “Memory, Agent Starling, is what I have instead of a view.”