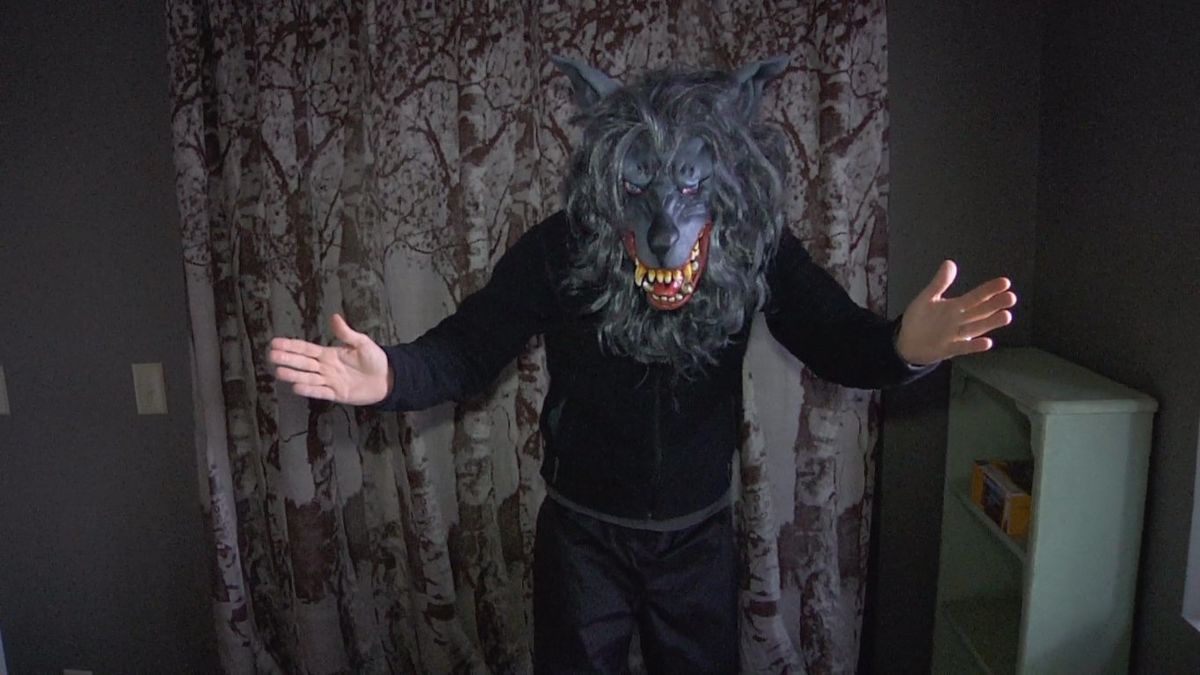 If you’re in the mood for a spooky night in and are looking for some entertaining horror to watch on Netflix, then you’re in the right place. Yes, we’ve binge-watched a multitude of macabre and spine-chilling horror flicks on the popular streaming giant and compiled a list to help you make your all-important movie-watching decision a lot easier.

So, without further ado, here are 6 hidden horror gems streaming on Netflix right now. Come join us… if you dare!

To say that 2014’s short and not-so-sweet found-footage shocker, Creep, brims with smart ideas and a dark, twisted sense of humor would be a huge understatement.

However, what starts out as a regular gig soon turns into an ominous and deeply disturbing spider’s web of demented lunacy.

Bolstered by a startlingly effective performance from Mark Duplass – who also co-wrote and produced the pic – Creep is an utter triumph and, without spoiling anything, boasts a shockingly disturbing finale that will stay with you long after the credits have rolled.

If you’re hankering for a more traditional slasher flick, albeit with a creative twist, then Hush fits the bill nicely.

Focusing on a deaf writer living in the remote countryside who is hunted by a masked killer, Hush manages to subvert genre expectations by empowering its vulnerable central protagonist with believable flair.

Yes, Kate Siegel steals the show as heroine Maddie. However, it also helps that the suspenseful less-is-more approach is handled with confidence and aplomb by veteran horror director, Mike Flanagan.

Taking center stage is Alice (played excellently by The Handmaid’s Tale’s Madeline Brewer), who’ll stop at nothing to net more views for her sexually charged live shows. However, things take a turn for the worse when she realizes that a strange doppelgänger has taken over her account and has seemingly stolen her identity.

With a few neat twists and turns hidden up its blood-soaked sleeve, and with a surprisingly thoughtful message at its core, 2018’s CAM is a veritable tour-de-force that manages to subvert sex-thriller conventions while taking audiences on an electrifying rollercoaster ride.

While horror flicks don’t always need to feature a meaningful story, it sure helps when they do. Enter: Galder Gaztelu-Urrutia’s 2019 sci-fi thriller, The Platform, which takes Cube’s claustrophobic atmosphere and combines it with an on-the-nose “Eat The Rich” allegory.

You see, The Platform sees a heap of unsuspecting victims trapped in a tower-like facility where food is delivered via a moving platform that begins from the top floor and works its way down.

Long story short: you don’t want to be one of the unlucky folks at the bottom of the pile. Hmm, remind you of anything?

Throw in some impressive visual effects and a slew of stellar performances from an accomplished ensemble cast (Iván Massagué’s Goreng shines brightly, in particular), and you have all the trappings for a memorable and dark dystopian horror-thriller.

Sure, M. Night Shyamalan may have had a creative malaise with a handful of underwhelming pics like After Earth and The Happening, but if The Visit is anything to go on, said malaise may finally be on the up.

Centering on a 13-year-old brother (Ed Oxenbould) and 15-year-old sister (Olivia DeJonge) who go to visit their grandparents for the first time, the teens soon realize that things aren’t quite as they seem on the ostensibly peaceful farm.

Boasting fantastic performances all around, and a signature M. Night Shyamalan twist that pulls the rug from right under you, The Visit is equally entertaining as it is eerily creepy. And it comes highly recommended.

We’ll cut to the chase: 2014’s It Follows is up there with the best psychological horror movies to come out from the last decade. Written and directed by David Robert Mitchell, this spooky supernatural tale focuses on a deadly curse that can only be passed on through sex.

Once cursed, the victim is relentlessly pursued by a bloodthirsty entity that only they alone can see. Meanwhile, the unstoppable force has the ability to take on the appearance of, well, anyone.

It’s a clever setup, rich with sexual metaphor and hidden depth. Not only is it surprisingly thought-provoking, but it’s also pretty damn terrifying in a nerve-racking hide-behind-the-pillow kind of way.

Suspenseful and memorable, It Follows is a wonderfully crafted piece of filmmaking that subverts a central horror trope and builds upon it in lots of intelligent, meaningful ways.