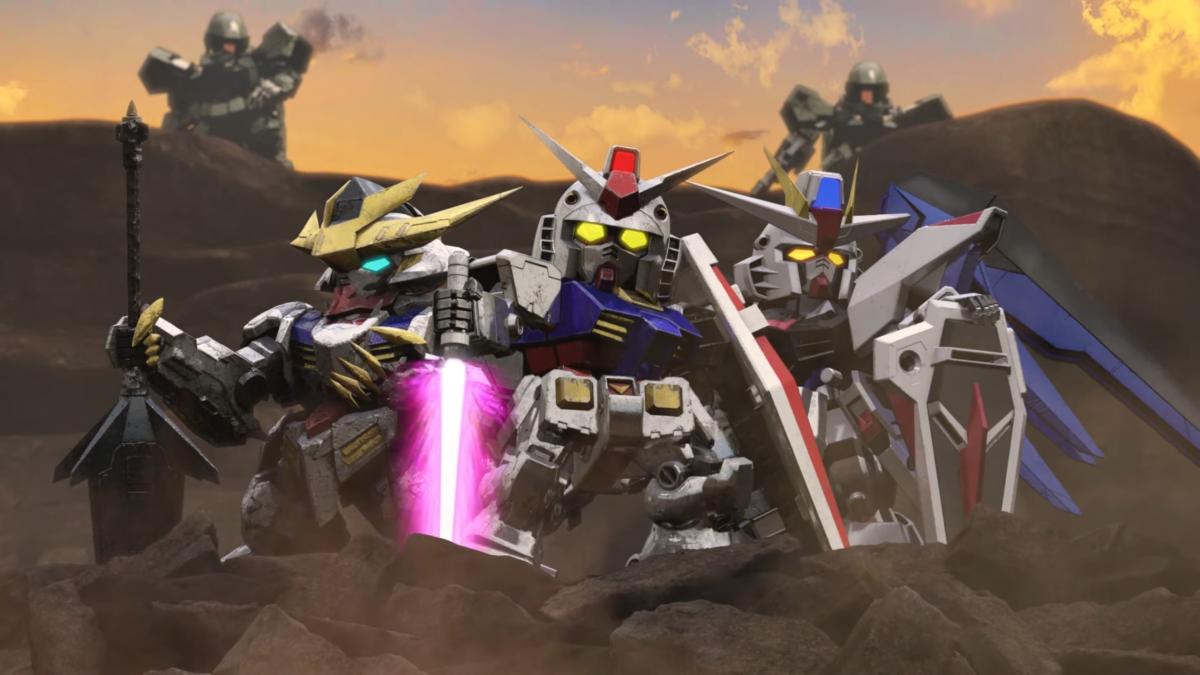 This time around, the trailer focuses on showing off the opening cutscene of the game, which features epic battles between beloved mobile suits from various Gundam eras and anime.

The trailer also allows us to enjoy the theme song, which certainly adds to the classic mecha anime atmosphere.

Interestingly, the composition of the final scene reproduces closely the key artwork of the game.

You can watch it below, alongside a smaller trailer featuring the Gundam Astray Red Frame Kai and Lowe Guele.

The game depicts a world in which the stories of the Gundam universe have been distorted by a phenomenon named “Breaks.” In order to correct this false history, players have to lead platoons of three mobile suits and pilots and take on a variety of missions.

You can acquire new mobile suits and various parts to develop your favorite mobile suits into the most powerful machines.

If you’d like to see more, you can check out the original announcement and trailer, a gallery of screenshots, and a trailer showing more mobile suits and pilots.