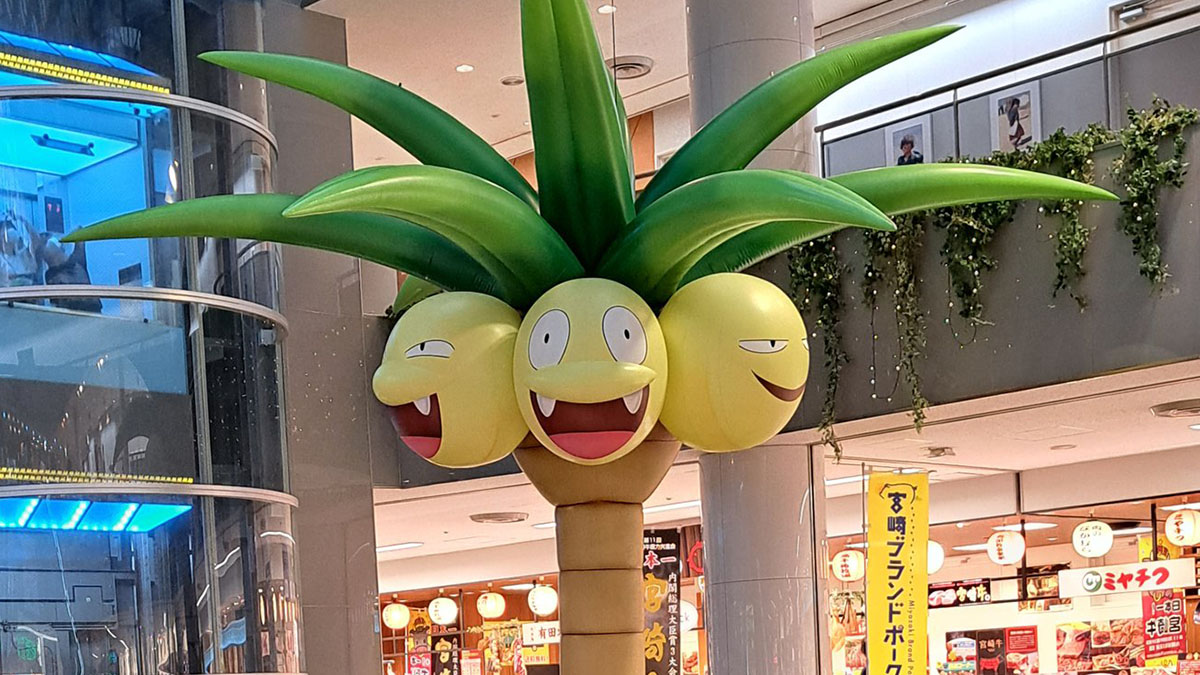 Japan loves Pokemon, so it isn’t surprising that the popular critters are used to advertise pretty much everything, from whole prefectures to airports and airlines.

This time around, the administration of Miyazaki Bouganvillea Airport in the southern island of Kyushu have decided to go big with a massive life-sized statue of an Alolan Exeggutor.

If you’re familiar with the pokemon in question, you probably know this is no small feat, as an Alolan Exeggutor is nearly 11 meters tall (10.9m or 35.75 feet).

The statue portraying the massive dragon and grass pokemon has been placed in the airport’s main hall where its leaves at the top reach all the way up to the third floor.

You can check it out below to see how impressive it looks, courtesy of Twitter users 【公式】ポケモン情報局, メイト, 3XXXとりぷるえっくす, and 実生（ミオ）.

The statue will be at the airport until August 28, so there is plenty of time for a visit if you happen to be in Kyushu.

Exeggutor and its Alolan versions are famously associated with Miyazaki Prefecture, where you can find several dedicated Poke-Lid manholes, while the locally-based airline Solaseed Air has a whole Boeing 737-800 jet dedicated to the pokemon, who is named “Nassie” in Japanese.