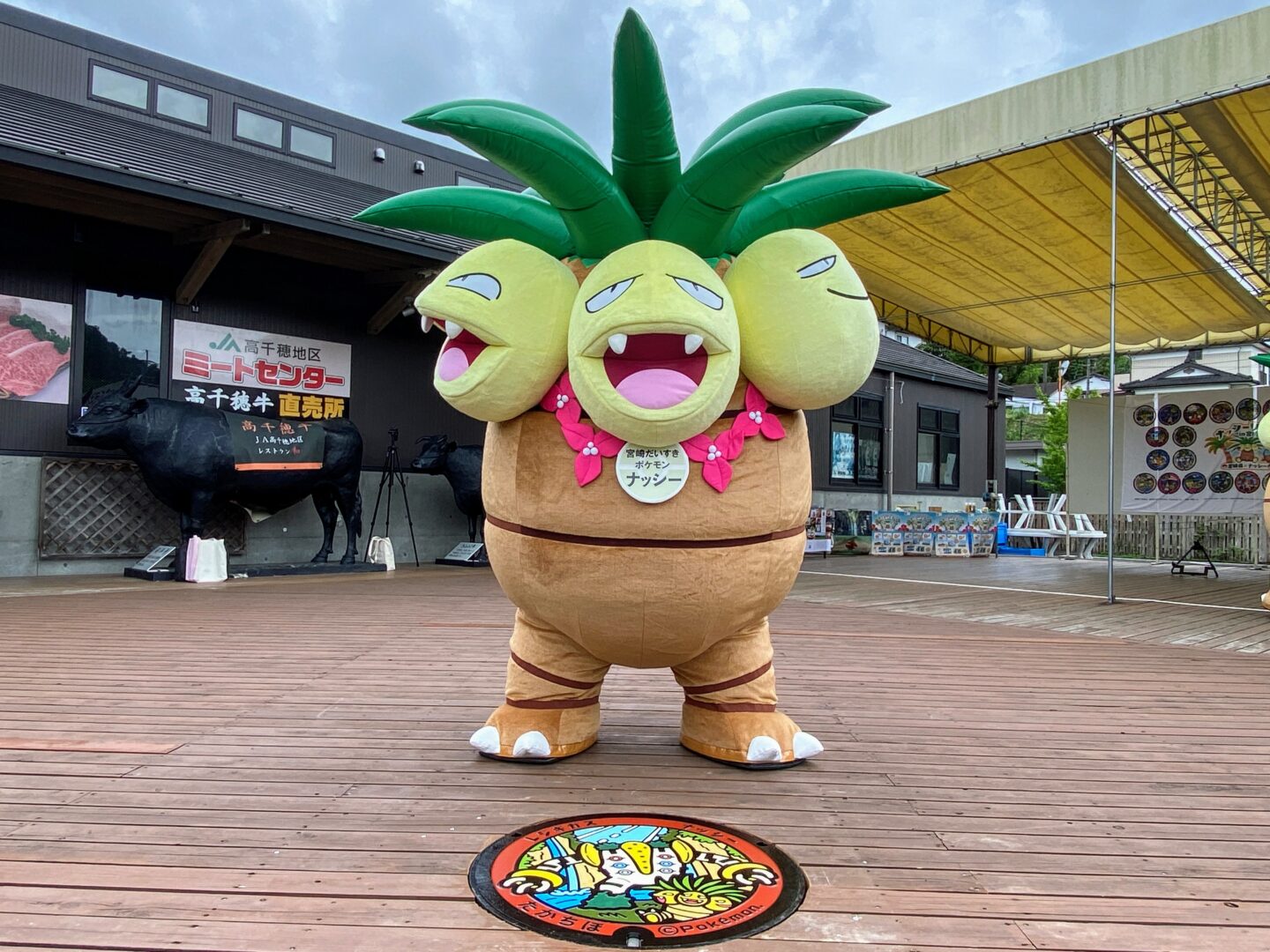 The Poke-Lid mania in Japan continues to grow and several more cities have installed the popular Pokemon manholes on their streets.

While July 4th is Independence Day in the United States, it has been designated as Exeggutor Day in Japan, and Miyazaki Prefecture, which is famously associated with the popular pokemon, is celebrating.

Nine new Poke-Lid manholes have been installed in several towns of the prefecture, that already had several. As a result, all of the 26 municipalities in Miyazaki Prefecture now have their own Exeggutor Poke-Lids.

This time around, Exeggutor and its Alolan version aren’t alone but come with friends including Slakoth, Smoochum, Regigigas, Regirock, Registeel, Regice, Golurk, Gulpin, and Sigilyph.

You can check them all out in the gallery below, also showing the presentation ceremony, directly from the press release.

The trend started with the installation of the first Poke-lid portraying Eevee in Ibusuki, Kagoshima prefecture, back in December 2018. As of now, 182 of the colorful manholes have been installed in sixteen prefectures including the nine mentioned here.

If you want to see more, you can check out those installed in Tottori prefecture featuring Sandshrew and Sandslash, the lids portraying Chansey in Fukushima prefecture, the batch in Hokkaido, featuring Vulpix, the group in Niigata prefecture starring Magikarp, another in Nara prefecture portraying a bunch of different Pokemon, the previous batch in Ogasawara, another group in Kyoto, and the previous Exeggutor batch in Miyazaki prefecture, on top of a video from a few months ago showing how the Poke-lid are made.

Recently, the franchise has also been featured on another airliner focusing on Pikechu.