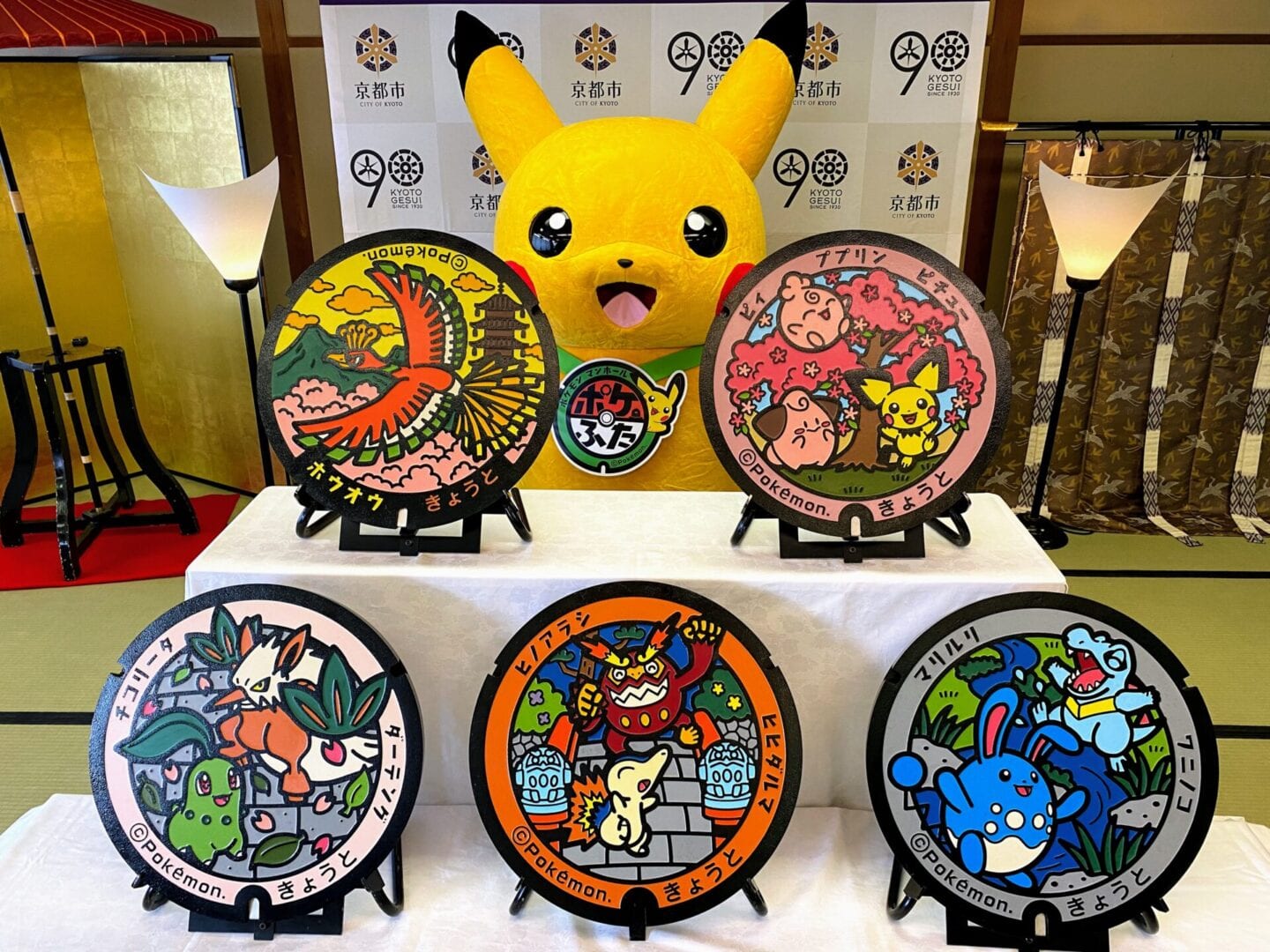 The Poke-Lid trend in Japan is unstoppable and another relevant city has installed the popular Pokemon manholes on its streets.

This time around it’s the super-famous historical city of Kyoto to get slightly nicer streets, with a whopping five new Poke-Lids.

Here are the Pokemon portrayed.

In the pictures below coming straight from the press release, you can see what they look like.

As usual, the Poke-lids will mark locations for PokeStops compatible with Pokemon GO.

The trend started with the installation of the first Poke-lid portraying Eevee in Ibusuki, Kagoshima prefecture, back in December 2018. As of now, 159 of the colorful manholes have been installed in fifteen prefectures including the five mentioned here.

The Tohoku region, that has been devastated by the massive earthquake and tsunami ten years ago, is the region in Japan in which most Poke-Lids have been installed as part of the reconstruction efforts, counting 57 (over one-third of the total). That being said, the manholes installed today are the first in Aomori.

If you want to see more, you can check out those installed in Tottori prefecture featuring Sandshrew and Sandslash, the lids portraying Chansey in Fukushima prefecture, the batch in Hokkaido, featuring Vulpix, the group in Niigata prefecture starring Magikarp, another in Nara prefecture portraying a bunch of different Pokemon, and the previous batch in Ogasawara, and a video from a few weeks ago showing how the Poke-lid are made.