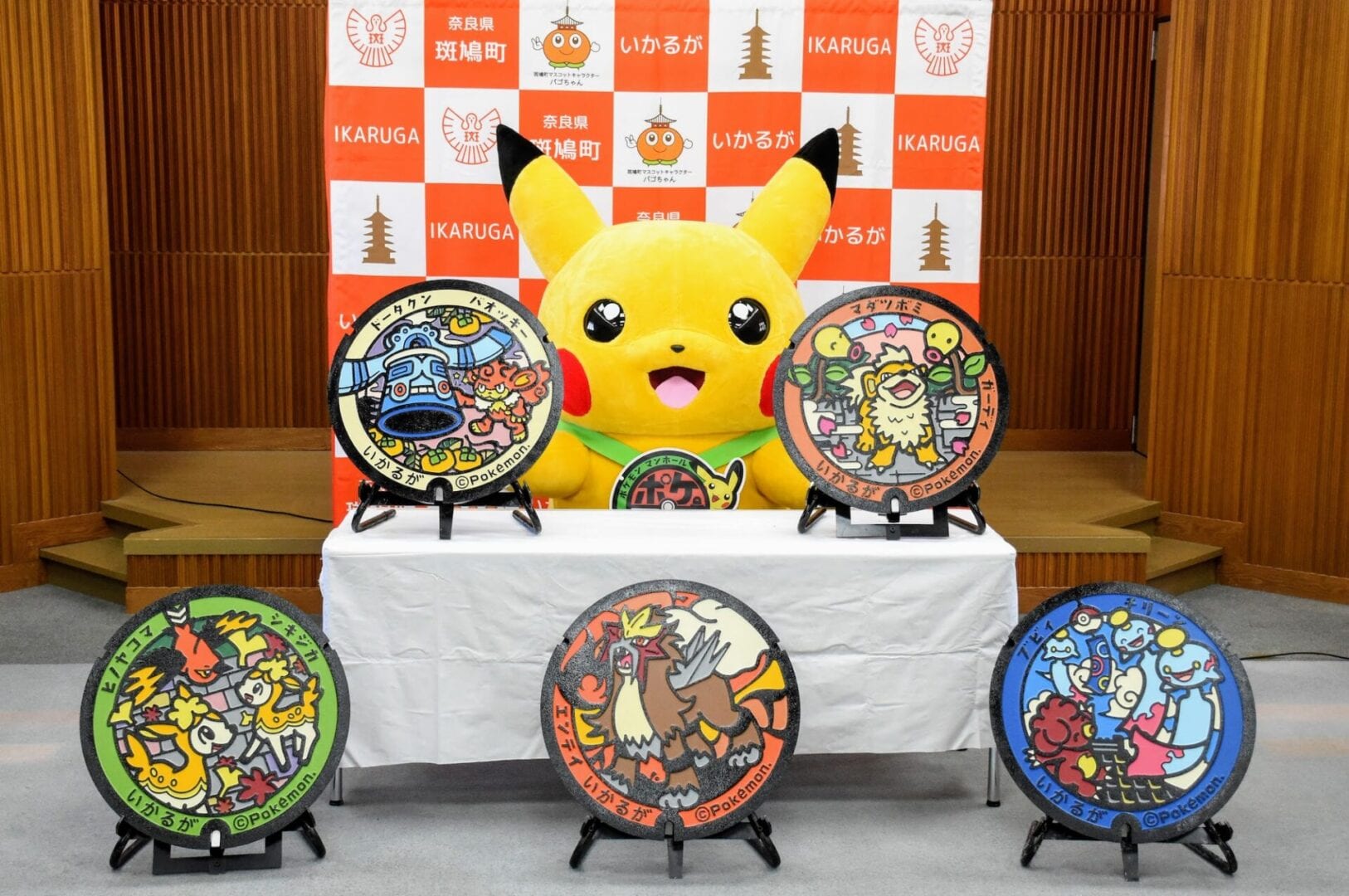 The Poke-Lid mania in Japan is stronger than ever, as more and more towns decorate their streets with unique Pokemon-themed manholes.

This time around it’s Ikaruga town in historical Nara prefecture to install a new batch of Poke-lids, but it’s unique even compared to the rest of this trend.

Usually, cities install manholes portraying the same Pokemon, that is also associated with the city itself. Ikaruga brought forth a team of nine different critters.

In the pictures below coming straight from the press release we see Bronzong with Simisear, Growlithe with Bellsprout, Chimecho with Magby, Deerling with Flechinder, and Entei on its own.

The trend started with the installation of the first Poke-lid portraying Eevee in Ibusuki, Kagoshima prefecture, back in December 2018. As of now, 148 of the colorful manholes have been installed in thirteen prefectures including the five mentioned here.

If you want to see more, you can check out those installed in Tottori prefecture featuring Sandshrew and Sandslash, the lids portraying Chansey in Fukushima prefecture, the batch in Hokkaido, featuring Vulpix, and the previous group in Niigata prefecture starring Magikarp.