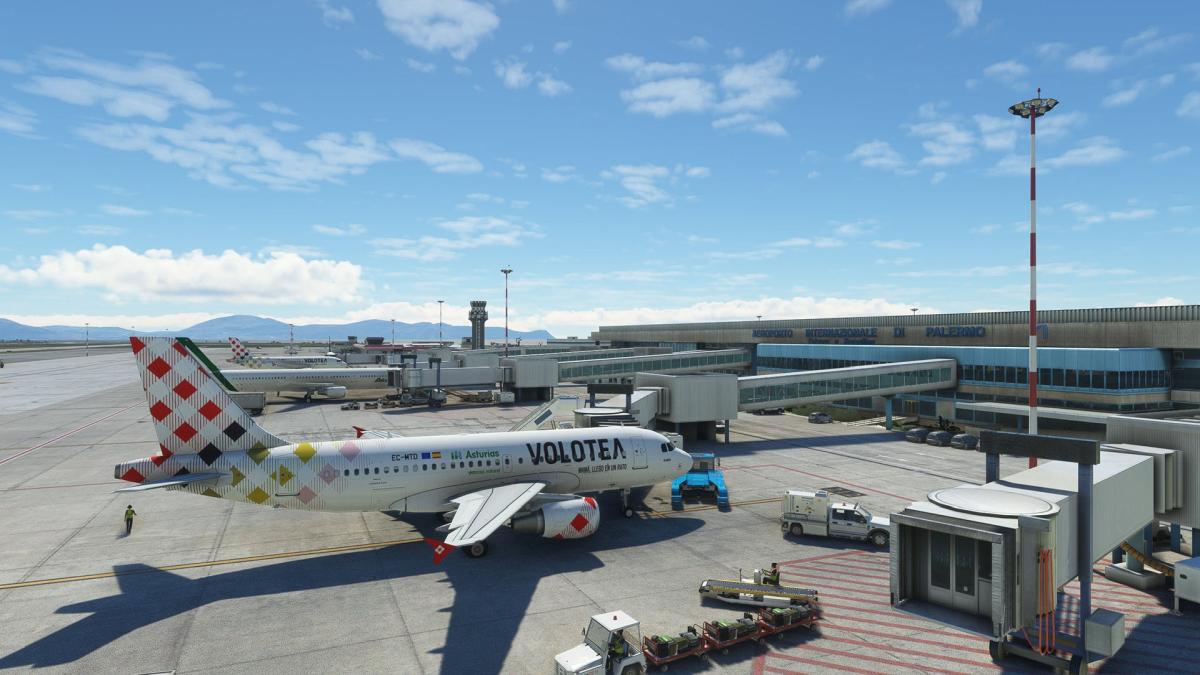 Today third-party developers had juicy news and a release to share about Microsoft Flight Simulator add-ons, including airports and an aircraft.

We start with a release by Jetstream Designs, which launched its Italian Airports Bundle.

Despite the name, it’s actually a bundle of three airports in the most extreme south of Italy, Palermo (LICJ) and the island airports of Pantelleria (LICG) and Lampedusa (LICD).

Next, we take the first look at the flight deck of the de Havilland Canada Dash 7 by SimWorks Studios and PILOT’s, alongside some details.

“Now to something you have been asking us for constantly – the Dash 7! The exterior is complete and fully animated. At this point in time we are refitting the liveries on the aircraft, as we had to do some corrections to the fuselage. The cockpit is modelled and in the process of being textured and animated. This is an arduous task as there are hundreds of moving parts in there and for some of them we have to wait for texturing to be finished before animating them -instrument needles, for example. Good progress is being made on that front though, and we should see the end of it soon. Here are some preview screenshots of the cockpit, please note that these were literally taken while working on it, not posed beauty shots -definitely not indicative of the final product!

The flight model handles well, and we are working on the lower-end of the performance at this time. Systems coding is complete and final checks will take place once the cockpit 100% complete and in the game. Regarding the depth of the aircraft, the PILOT’S Dash 7 is being built to appeal to both new and experienced simmers. The aim is to have a level of system complexity that will not be overwhelming, yet accurate and feature-rich. Aircraft systems will allow virtual pilots to perform all the relevant flight and navigational tasks that are needed on their routes, without burying functionality down to a circuit breaker level.”

After nearly one year of silence, CloudSurf Asia Simulations finally showcased new images of its Manila city add-on, which will enrich the capital of the Philippines.

The add-on is finally in the testing phase and is close to release.

It’s the second-largest airport in the country, featuring plenty of airline traffic and even military use.

You can check out a few screenshots and a video below.