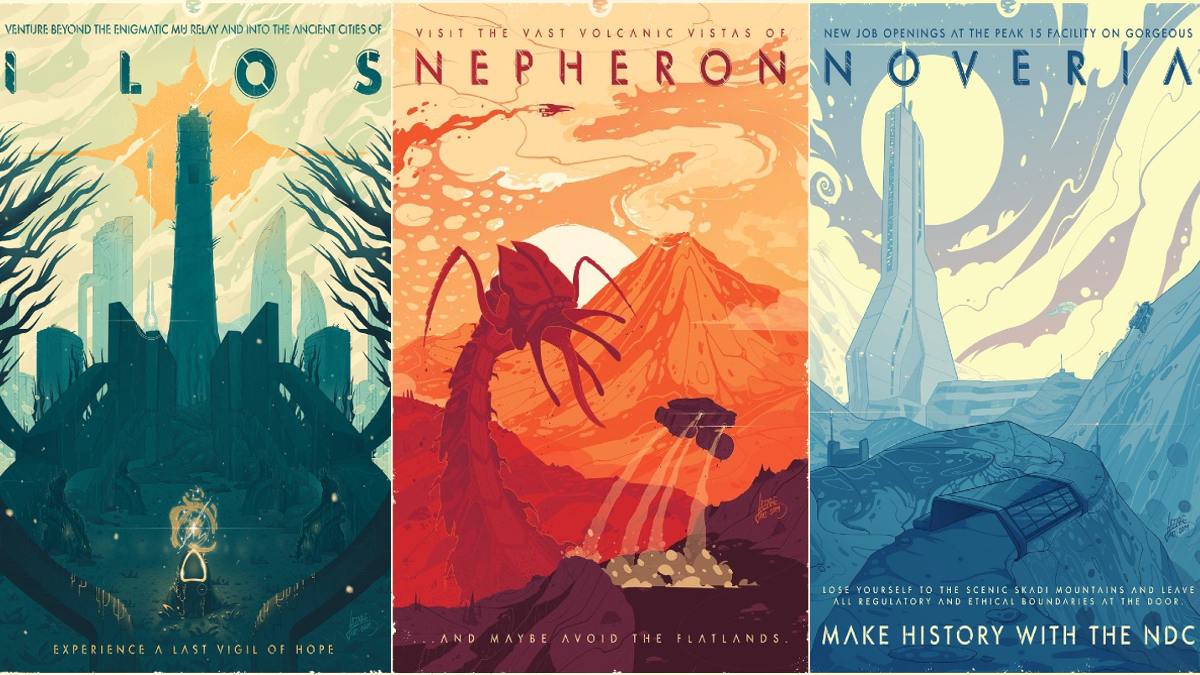 The original Mass Effect holds a special place in a lot of players’ hearts, as it’s responsible for setting them off on a journey of a lifetime to help Shepard save the galaxy from the threat of the Reapers. And while the first installment might not have aged well since its 2007 release, thankfully, the 2021 release of The Legendary Edition allowed fans to revisit the title with some solid improvements.

To make things even better for fans of Mass Effect 1, artist Lazare Gvimradze is going another step further to help fans remember the good times by creating some beautiful portraits of some of the most notable spots in the first game. Those include prints for Noveria, Nepheron, Eletania, and Ilos. You can check out a preview of these posters for yourself below.

Anyone interested in getting their hands on one of these sick Mass Effect posters for themselves can head on over to Lazare Gvimradze’s Inprnt or Red Bubble stores. There, you’ll find all the posters we talked about above, as well as some more creative pieces from the artist. Be sure to let us know what your favorite one is in the comment section below.