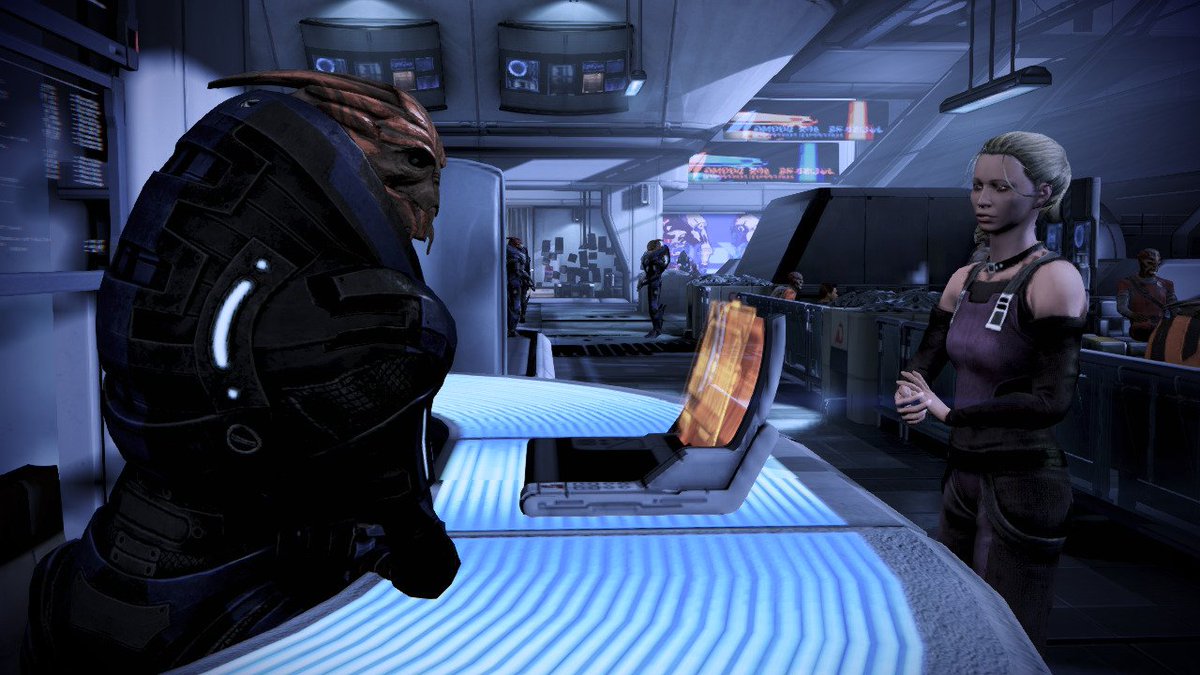 If you’ve explored the Citadel enough throughout the events of Mass Effect 3, then you’ve likely come upon the heartbreaking conversation that takes place between two NPCs in the Docks Holding Bay. Over the course of the game, Shepard can overhear a teenage human refugee engaging in polite conversation with a Turian C-Sec Officer.

The dialogue starts with the teen letting him know that she is just waiting for her parents to arrive. Each time you go back to get an update, though, the realization that the teen’s parents died becomes more likely.

To his credit, the originally stoic Turian tries to keep her spirits up throughout, even saying that her parents would be happy that she is safe.

That dynamic was so touching that it actually inspired comic and storyboard artist Ron Chan to make a crossover comic with these two characters and a game that has a similarly sad story about a gruff old man and a teenager without parents, The Last of Us.

In the post above, you can see Chan’s depiction of what it would look like if these two NPCs went on an adventure like the one Joel and Ellie did.

In the made-up story, the C-Sec officer teaches the teen how to wield a gun and even talks about his family. The final frame of the short comic depicts the duo in iconic poses that The Last of Us is known for, even cleverly using a Husk to serve as the Mass Effect equivalent of a Clicker.

For anyone that would like to see more of Chan’s content, be sure to head over to his Twitter, as he has plenty of other works, including some that have been published by Dark Horse Comics.

If you’re still craving some more Mass Effect content, be sure to check out all of the similar articles we’ve listed below. Those include characters too strong to join Shepard’s squad, a melee only run of Mass Effect 2, and a definitive ranking of the series’ best squadmates.