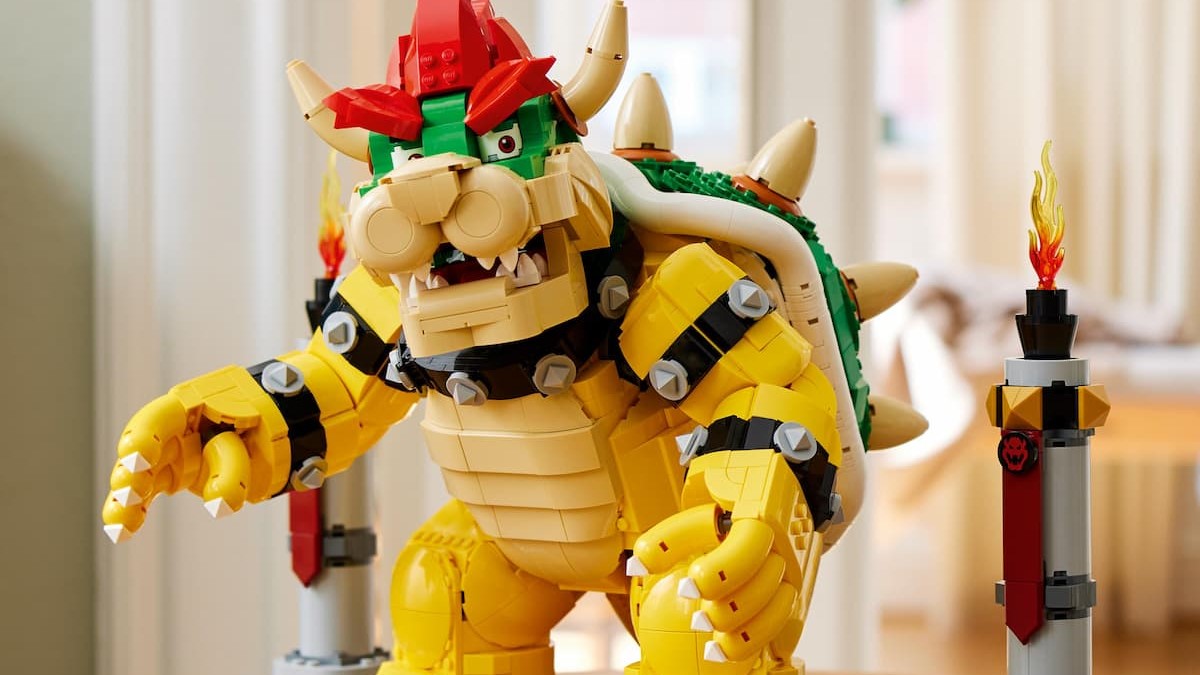 LEGO’s new line of Super Mario toys has just revealed The Mighty Bowser, a massive replica of The King Koopa that is one of the most extensive sets of the collection. The kit features a whopping 2,800 pieces and is priced at $270.

This Bowser set also includes unique features to add to the King’s theme, such as a fireball launcher and a LEGO rendition of his iconic spikes. Furthermore, the Super Mario exclusive provides users with an interactive experience where you can control the character’s head, neck, arms, and finger movements.

Alongside the character is his Battle Platform which acts as a stand for the figure. This component provides LEGO fans with two firey towers that Bowser himself can destroy. In addition, if you examine the product enough, you may find the toy’s hidden POW Block.

Keep in mind that this product does have an age requirement of 18+ due to its extensive amount of pieces and intricate building mechanics. Although, LEGO still reassures fans that this collectible welcomes beginners with its step-by-step guide.

Other toys in the collection, such as LEGO Mario, Luigi, and Princess Peach, can also be a great addition to this epic set. Combining all these beloved characters will allow you to recreate Super Mario battles in brick form while using the Action Tags of these toys to incorporate LEGO’s interactive level play.

If you want to purchase The Mighty Bowser, you can look forward to its official debut on Oct. 1, 2022.