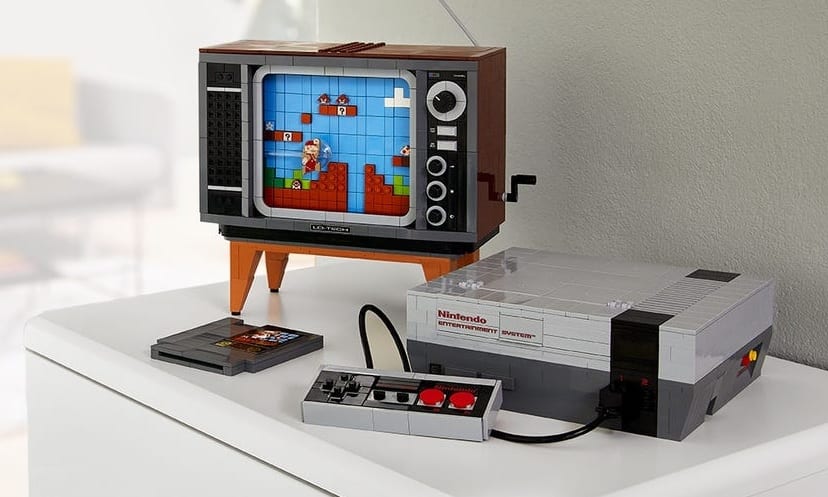 LEGO has officially unveiled their next Nintendo themed set. Later this summer, you will be able to build your very own LEGO Nintendo Entertainment System.

The announcement comes after LEGO teased the set on Twitter on Monday with the message “Are you ready to play like never before?” along with a flashing silhouette of the set. This morning, the set was officially shown with a video.

The set includes 2,646 pieces in total. Included with the set is the Nintendo Entertainment System console with a controller, a Super Mario Bros. cartridge, and a retro TV with the game shown on it.

The NES console has authentic details in the design, such as a slot for a buildable Game Pak that includes a realistic locking function.

The retro TV even has a handle that you can move to make the screen scroll through a Mario level.

And that’s not all—the Nintendo Entertainment System LEGO set is designed to interact with the LEGO Super Mario sets that are launching separately later this summer. By placing the Mario block on top of the console, the TV will come to life to make sound, no batteries required.

Perhaps LEGO and Nintendo saw how popular an NES set would be through their Ideas program, especially since this year is the 35th anniversary of the console.

You can find more information about this set and how to buy one by visiting the LEGO website or by watching the trailer below.

What do you think of this LEGO set? Will you be picking it up when it hits stores in August? Let us know in the comments.