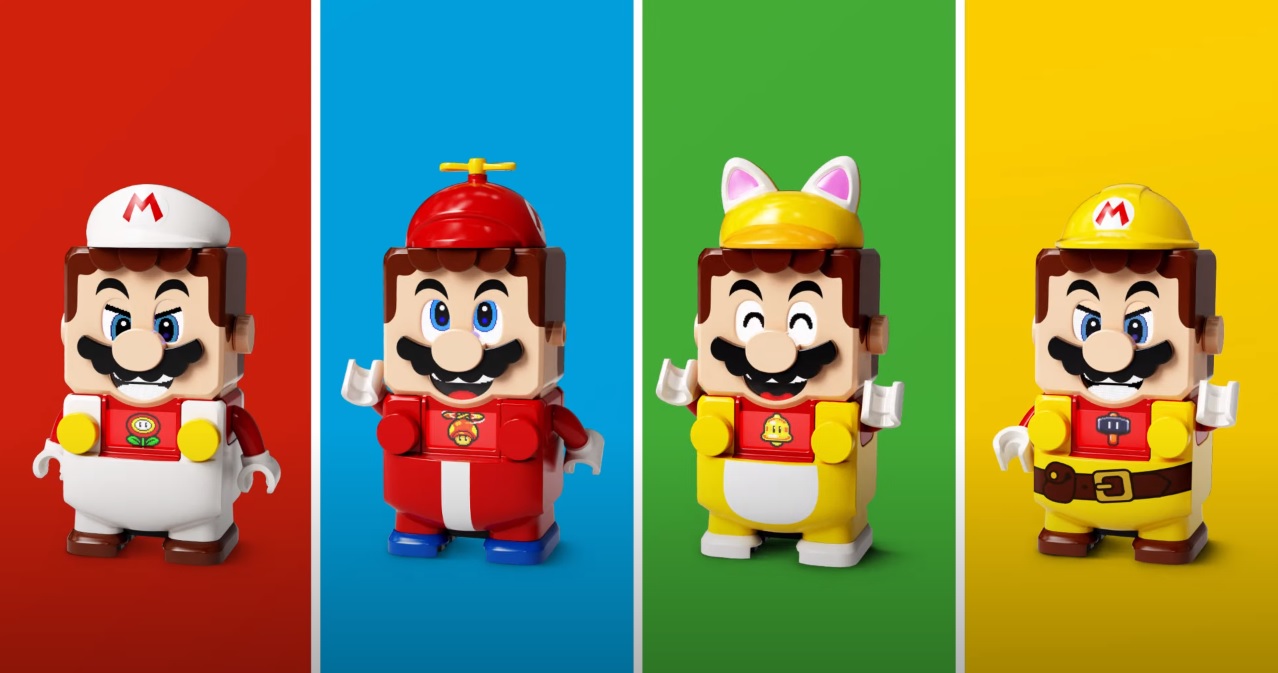 Back in March, it was announced that LEGO would be partnering with Nintendo to create a Super Mario series of toys. Now, Nintendo has revealed that there will be four power-up packs arriving at launch.

The LEGO Super Mario products feature Mario figures that interact with the rest of the LEGO bricks, allowing for the creation of “real-life” levels.

The four power-up packs revealed will unlock new ways for Mario to interact with the level. Simply adding the hat and suit from each power-up pack to the Mario figure will change the way to play.

The official trailer shows off what each of these power-up suits do. Not only do they change the appearance of Mario, but the sound effects change while he is wearing them.

Likewise, the Cat Mario suit makes Mario meow and climb walls, and the Builder Mario lets him collect coins when smashed down onto bricks.

Certainly, the imagination of the player is what will bring these toys to life the most to create interactive, real-world levels.

All four of the power-up packs will launch with the full LEGO Mario set on Aug. 1, 2020.

You can watch the official trailer below.