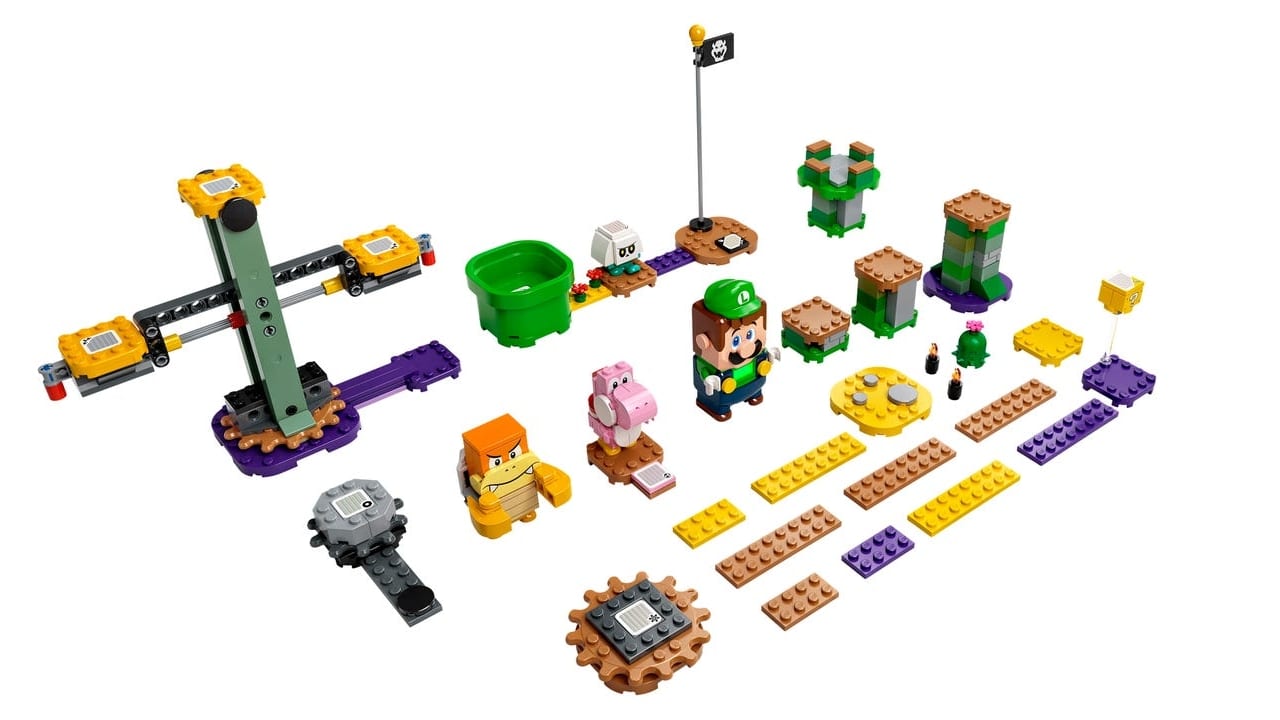 The Lego Group and Nintendo announced on Tuesday that Mario’s green-wearing brother Luigi will receive his own Lego set coming this August.

The Adventures with Luigi Starter Course will feature an interactive Luigi figure that contains a color sensor, an LCD screen to showcase his different emotions and reactions, and a speaker for voice lines and music. Other pieces coming with the set include Pink Yoshi, Boom Boom, Bone Goomba, Start Pipe, and Goal Pole.

The 280-piece set will also contain “nougat-brown-colored bricks” that will “trigger different reactions” from the Luigi figure alongside “spinning seesaw and flying challenges.”

Lego revealed it would be bringing the world of Super Mario to brick form last year with the Mario Starter Course set, featuring an interactive Mario figure similar to the Luigi figure and a companion app to keep track of high scores and building directions. The company expanded the set with four power-up packs and six expansion sets featuring Mario’s house, Toad’s Treasure Hunt, and some of the plumber’s enemies that could be purchased separately.

The Adventures with Luigi Starter Course is available to pre-order starting today from the official Lego website and other stores with a price of $59.99 and will be shipping on August 1, 2021.