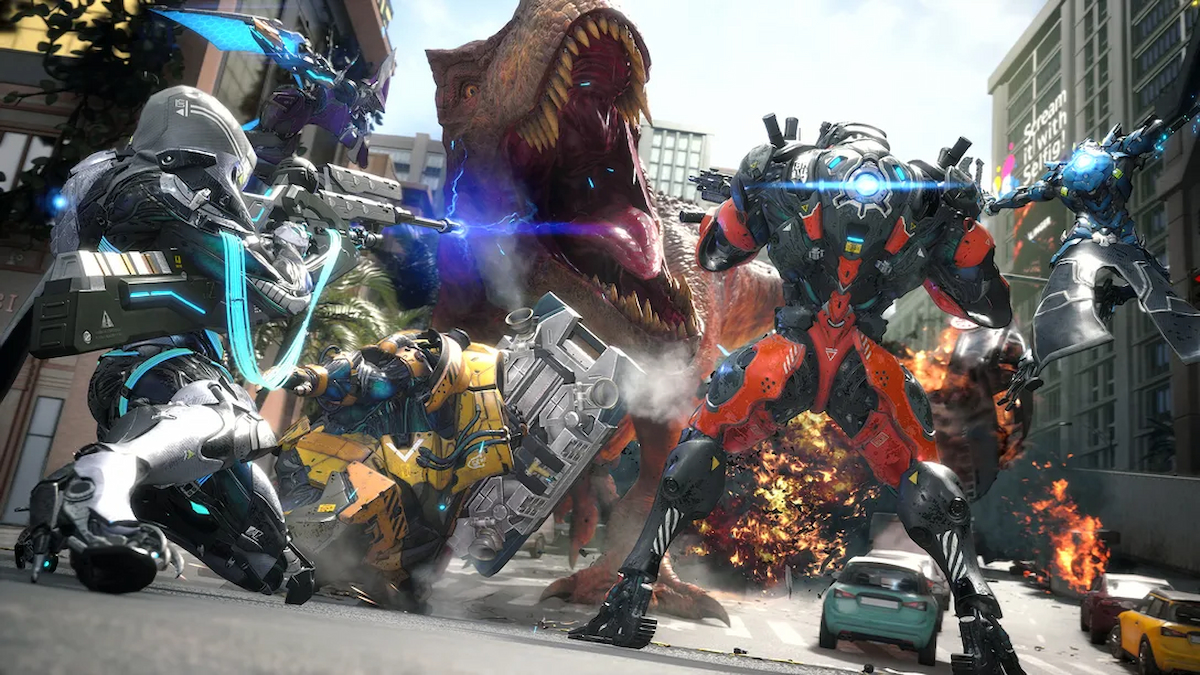 Today both the Japanese and western arms of Capcom released new gameplay of the upcoming dinosaur shooter Exoprimal.

We get to see a PvP mission both in English and in Japanese. They’re slightly different, so we included both below.

The third video, also from the Japanese arm of Capcom, shows more gameplay from the closed beta build. The closed beta still has two sessions to go on July 25 and August 7.

Exoprimal is coming for PS5, PS4, Xbox One, Xbox Series X|S, and PC in 2023. if you’d like to see more, you can check out more gameplay from a few weeks ago, an earlier gameplay trailer, and a further gameplay presentation.