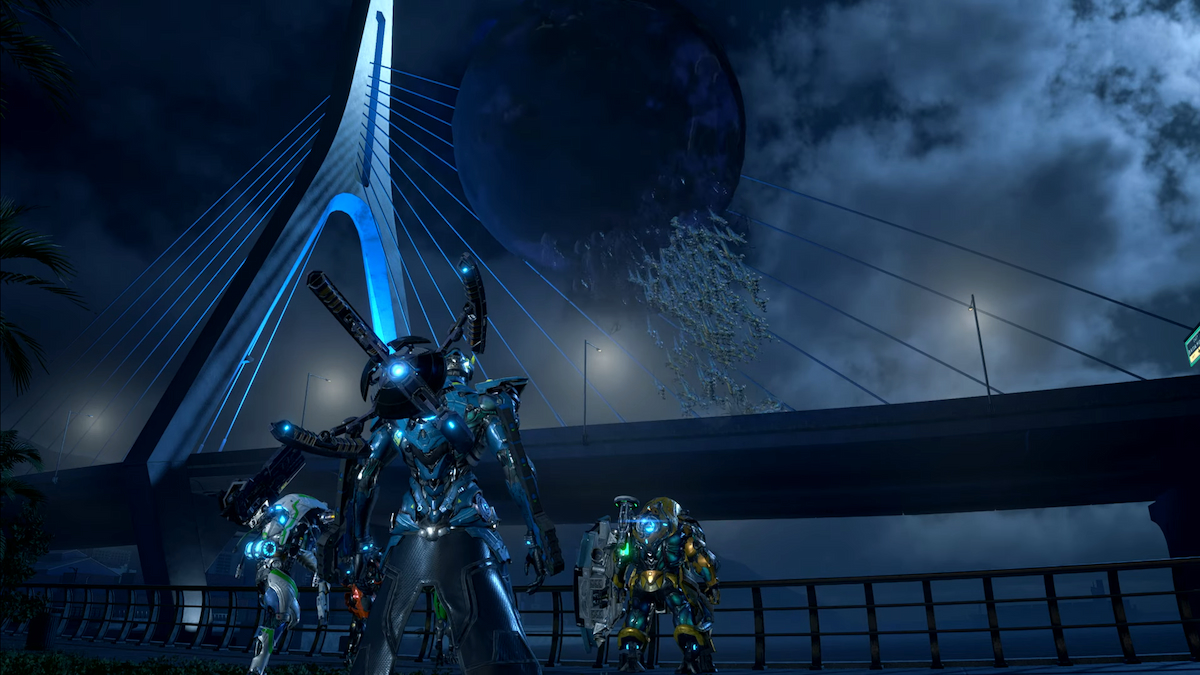 Shown off during the Capcom Showcase was a new look at Exoprimal, the upcoming match-based dinosaur combat game. It has now been shown that players will have to take on the wargames set up by the game’s AI overlord Leviathan.

You can find all the heart-pounding dinosaur action below:

Matches will be comprised of two squads of five going head-to-head in a variety of objectives. The winner will be determined by which squad will be the first to finish. We also get a new look at two new exosuits. There is Barrage, which is explosive based, and Vigilant which is armed with a deadly railgun and seemingly boosted mobility.

The shown match objectives are:

There will be a closed network test for Exoprimal to give players a chance to try the game ahead of release as well as to test the game’s online infrastructure. There wasn’t an idea of when it will be held, but it will be ahead of the full release of Exoprimal in 2023. You can sign up for it today at the Exoprimal site.

Exoprimal will be releasing for PS5, PS4, Xbox One, Xbox Series X|S, and PC.

The Capcom Showcase also gave an extended look at the Sunbreak DLC for Monster Hunter Rise.