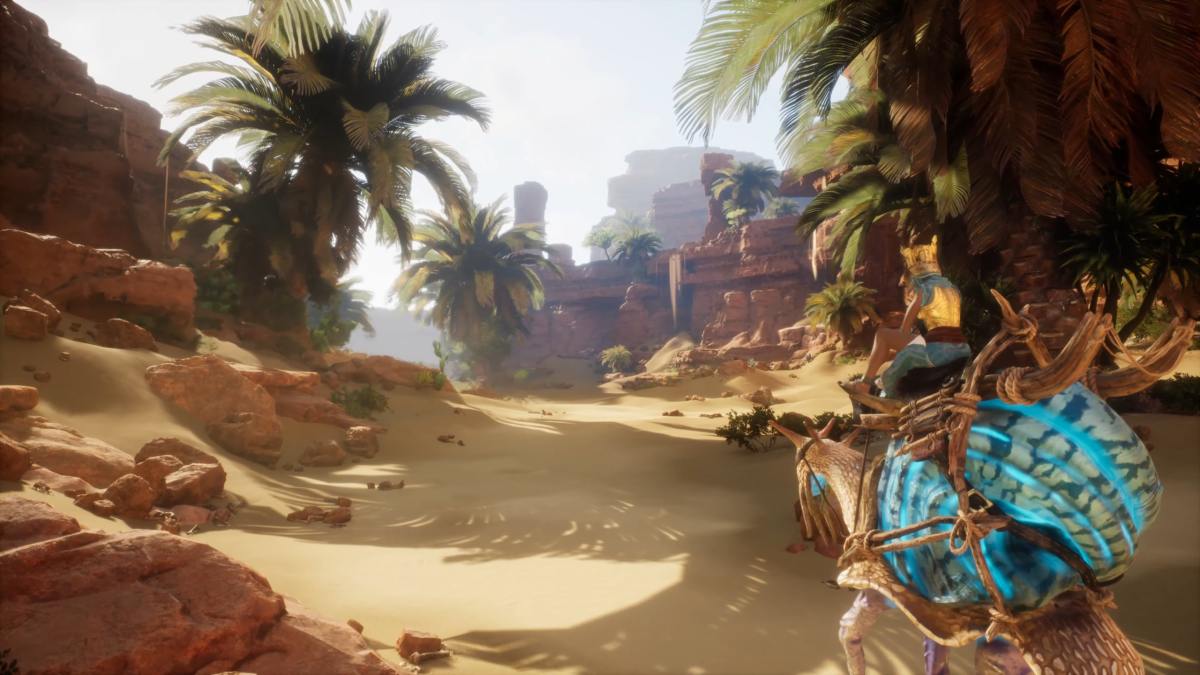 We get to take a look at the game’s vast desert and its surrounding, and there appears to be a lot of variety, from a rocky desert with somewhat sparse vegetation to a Sahara-like dune desert.

We also take a look at the fauna, which includes a variety of animals and even rather intimidating monsters like a giant scorpion (and its many little friends).

The video also showcases a very interesting horse design which we could define a… horseslug? It’s certainly quite creative.

Of course, this is a fantasy game, so there is no lack of mystical towers sending beams of energy into the sky, titanic statues, and mysterious ruins.

The desert biome is scheduled to appear in the upcoming Alpha 2 phase as development of this highly-anticipated MMORPG progresses.

Ashes of Creation is a very promising fantasy MMORPG coming to PC. If you want to hear more, you can check out our hands-on preview from last year.

The game is currently being transitioned to Unreal Engine 5. If you’d like to see more, you can take a good look at the recent videos showcasing seasons and weather, which appear to be another very impressive element of this game.