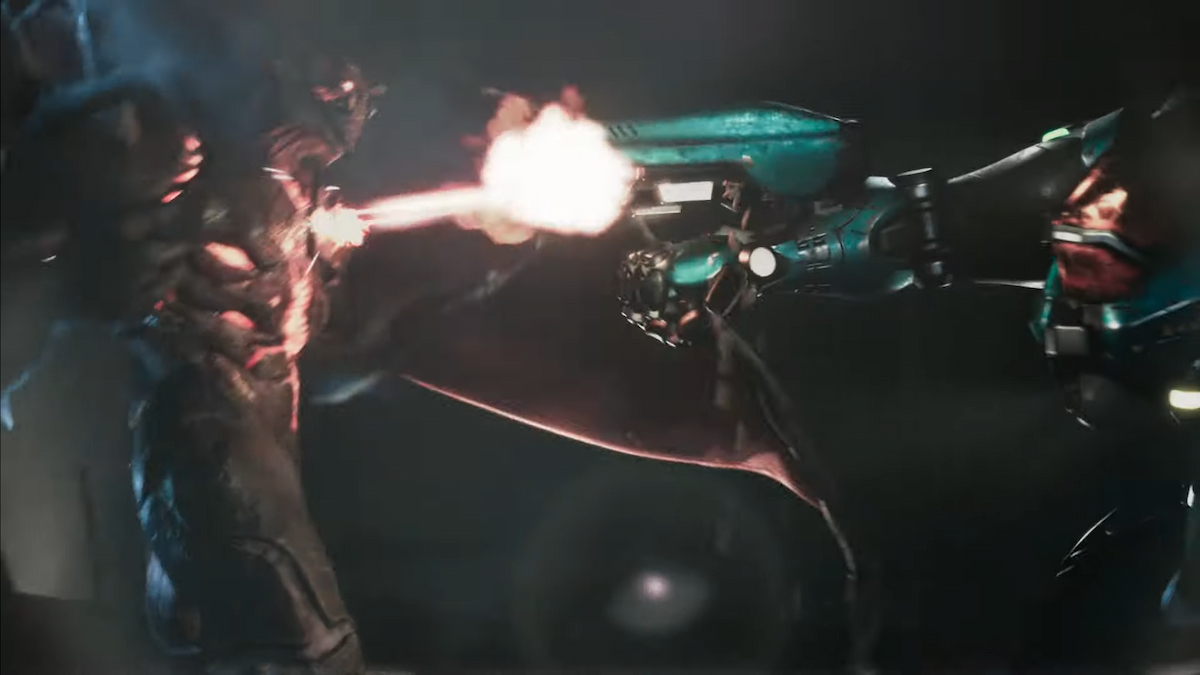 Announced at Summer Game Fest 2022 is Stormgate, an RTS (real-time strategy) that will be releasing as a beta sometime in 2023. There wasn’t any gameplay shown off outside of a couple screenshots after the trailer, so there’s not too much to share. It was mentioned to be free-to-play, however. It was promised that there won’t be any pay-to-win or NFTs dragging it down, either.

Stormgate’s developer, Frost Giant Studios, is made up of Warcraft and StarCraft veterans.

You can watch the Stormgate trailer for yourself below:

As we can see from the trailer, a mech suit comes to the rescue of the first character shown, giving the hint that most of the friendly forces will be in mech suits.

While this isn’t the first ever RTS to use mech suits for combat, the lineage of the veteran team members making up the studio certainly make Stormgate one to keep an eye on.

At this time, all that is known about platforms is that Stormgate will be on PC.

Summer Game Fest has been a non-stop ride of great game reveals. There was an extended look at Modern Warfare 2 as well as a brand new game set in the Aliens universe called Aliens: Dark Descent. Be sure to keep an eye on Twinfinite as we bring you more information on all the world premieres.