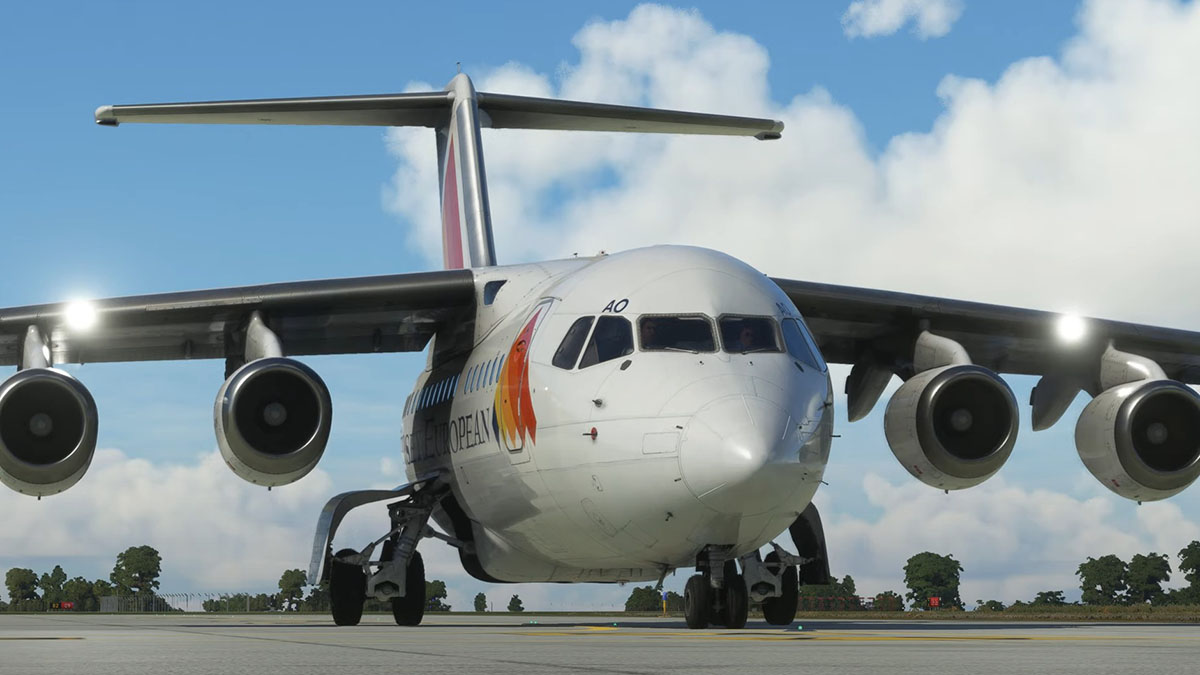 We hear about the vintage airliner BAE 146 by Just Flight: not only do we get a rather spectacular video showing the staring of the aircraft’s iconic four engines all the way to taxi, but the developer made a significant announcement about its release.

The release window has been set by the end of April, around April 25, and while “a lot can happen between now and then” this is seen as “doable” as things stand.

The previously-announced pricing (£59.99/€74.95/$79.99) had drawn criticism from parts of the community, and it’s nice to see that Just Flight listened, while maintaining that the original price already “represented amazing value.”

Next, we get another look at Tailstrike Design’s rendition of Václav Havel Airport Prague (LKPR) in the Czech Republic. The new images show the completed cargo area and were shared on the developer’s official Discord server.

It’s worth noting that the developer already confirmed that the blue of the lit windows will be toned down.

Last, but not least, Flight Sim Development Group announced a new set of German landmarks focusing on the states of Hesse and Thuringia.

Below you can check out a few teaser pictures.

Update: SimSkunkWorks just released the Lockheed R/F-104G Starfighter, which can be purchased on SimMarket for $21.85 plus applicable VAT.

This is the single-pilot version of the developer’s previous release, and you can see what it looks like below.