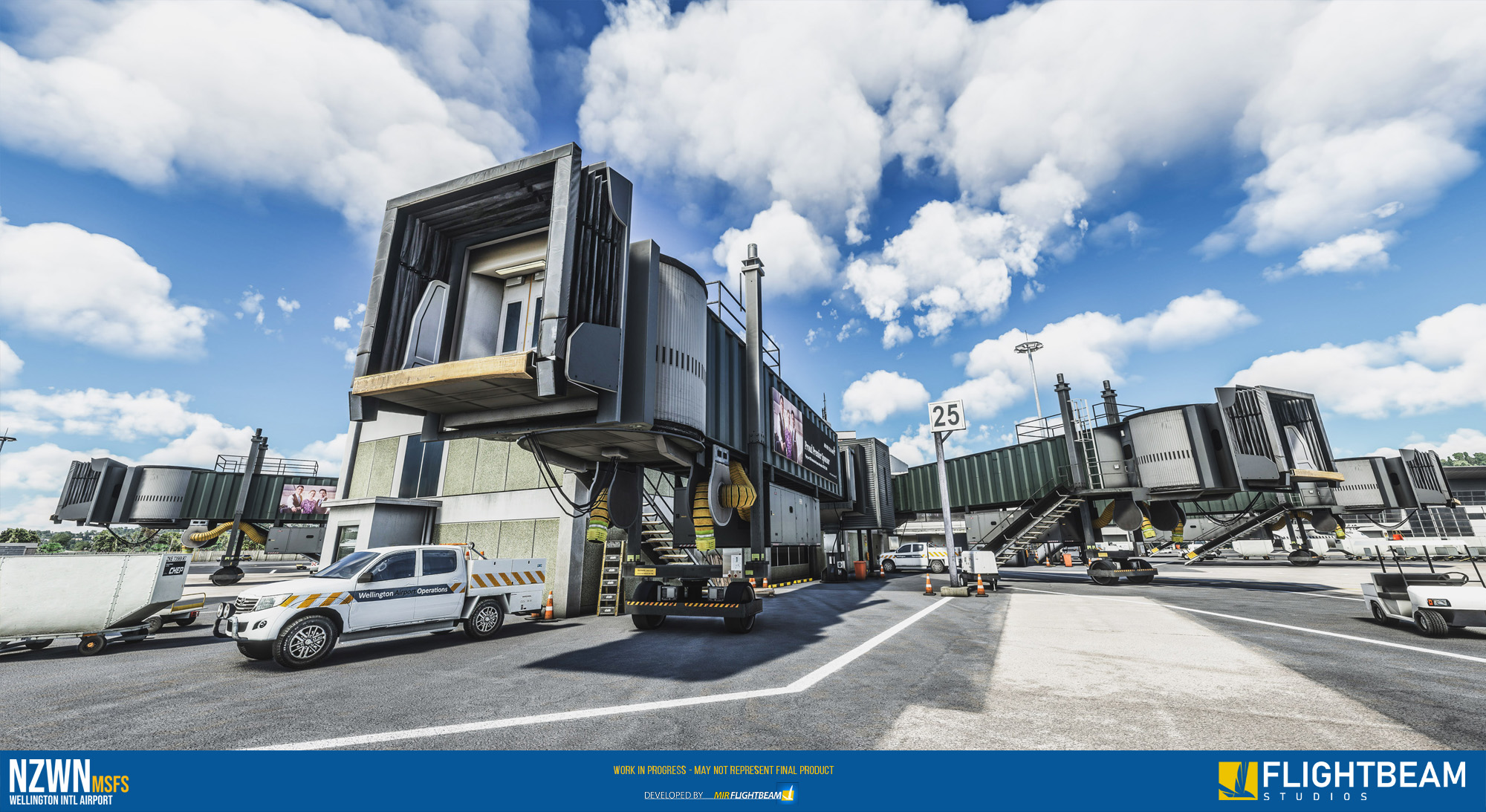 We start with Flightbeam Studios, which shared the first look at its upcoming Wellington Airport (NZWN) in New Zealand.

The developer is applying the finishing touches to the airport before entering beta testing, so it shouldn’t be too far off.

Next is an announcement from Dreamflight Studios, which will release Gregorio Luperón International Airport (MDPP) serving Puerto Plata in the Dominican Republic.

It’s the Republic’s fourth-busiest airport, with a lot of airline traffic both year-round and seasonal, so it’s definitely an interesting addition to the simulator for those who like to fly in the Caribbean.

We also get to see a single screenshot.

On the side of releases, MK Studios launched Leonardo da Vinci–Fiumicino Airport (LIRF) in Rome, Italy.

You can find it on Orbx Direct for $17.16. Below you can read and see what you can expect.

Another release comes from Terrainy Studios and it’s Speck-Fehraltorf (LZSK) near Zurich, Switzerland.

You can find it on SimMarket for $9.25 plus applicable VAT.

We then get a new early access release from Hype Performance Group, which opened pre-orders for the Airbus H145 “Action Pack.”

This will include 5 additional rescue and utility-focused variants of the developer’s Airbus H145 helicopter.

It costs $40 (currently discounted to $35) and will come with the following variants:

Of course, the base H145 package is required to use this expansion.

Unfortunately, not all news are good for third-party developers today, as at least two relevant local studios have been affected by the ongoing invasion of Ukraine.

The first is Pryeegue, which is one of the most talented airport developers for Microsoft Flight Simulator. They have recently released Glasgow and Edinburgh and they were working on Belfast International Airport (EGAA).

Below you can see the last image they have posted of the airport under construction on their Facebook page. You can find all their airports on Orbx Direct, in case you want to support them. Their quality is absolutely recommended across the board.

The second developer is FlightSimGames, whose work on an upcoming Pilatus Porter PC-6 we have covered many times in the past.

Today they have posted on the Official Microsoft Flight Simulator forum mentioning that their work on the aircraft is suspended and that they would try to visit the forums from time to time, hoping to find the dedicated thread alive.

These are the developers affected by the crisis of whom we are aware, but there could be more. Our thoughts and prayers are with them and their families, and we hope they will be safe.

Update: Orbx has announced that until the end of March it will completely waive store fees of all sales made by developers in Ukraine on Orbx Direct, meaning that the entirety of what we pay for the products listed below will go directly to their developers.