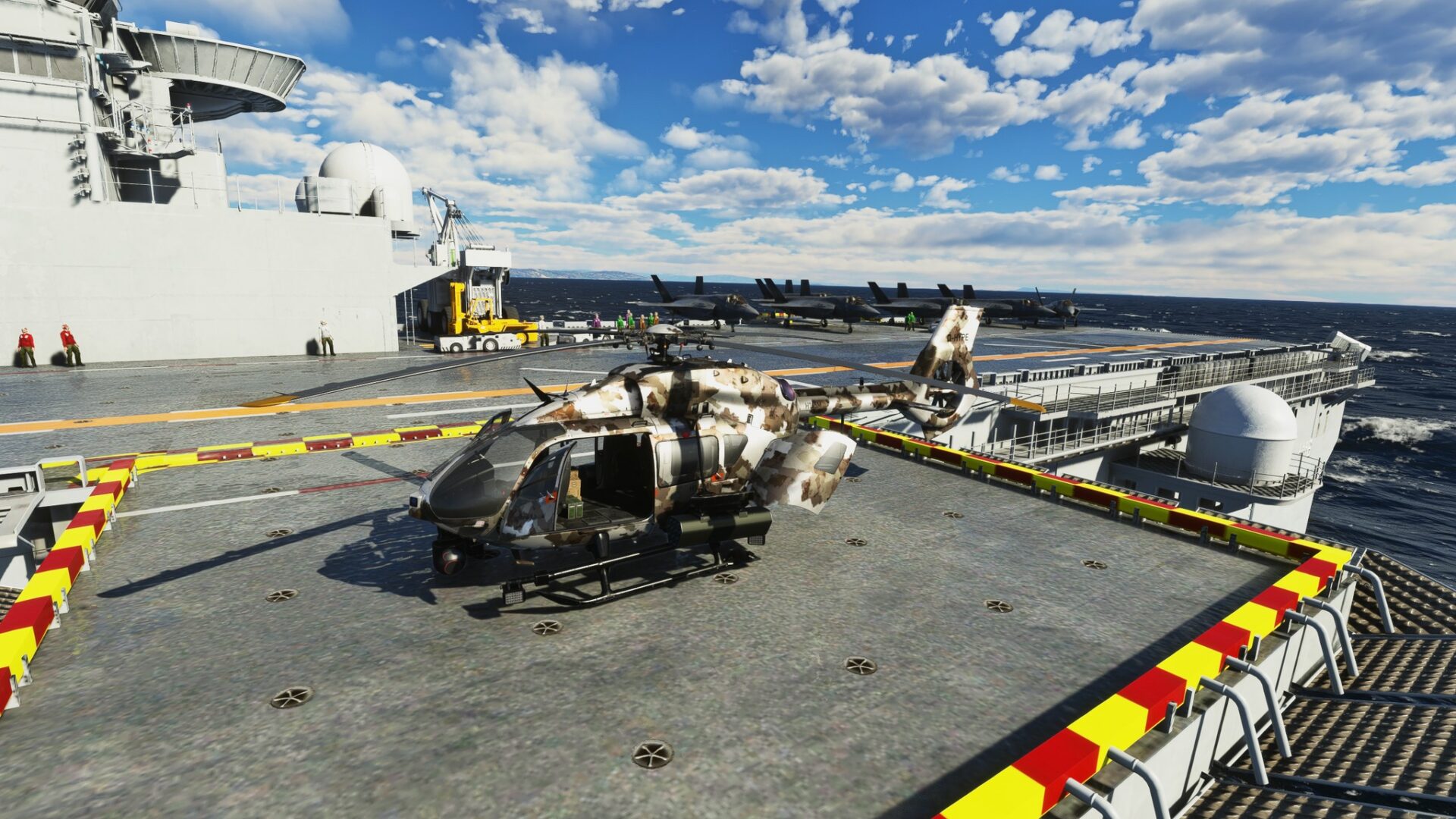 First of all, we learn from Hype Performance Group that the battlefield support version (H145M) of its Airbus H145 helicopter currently in early access will be released by the end of the month.

You can check out a couple of new images below.

Next, we hear from Pryeegue, which provided a new screenshot of its upcoming Belfast International Airport (EGAA) in Northern Ireland.

On top of that, the developer officially confirmed that it will develop East Midlands Airport (EGNX) in England following Belfast itself and Aberdeen in Scotland.

East Midlands is one of the busiest freight airports in the UK and very active for passenger airline traffic as well, so it’ll definitely be a good addition, especially considering Pryeegue’s well-known quality.