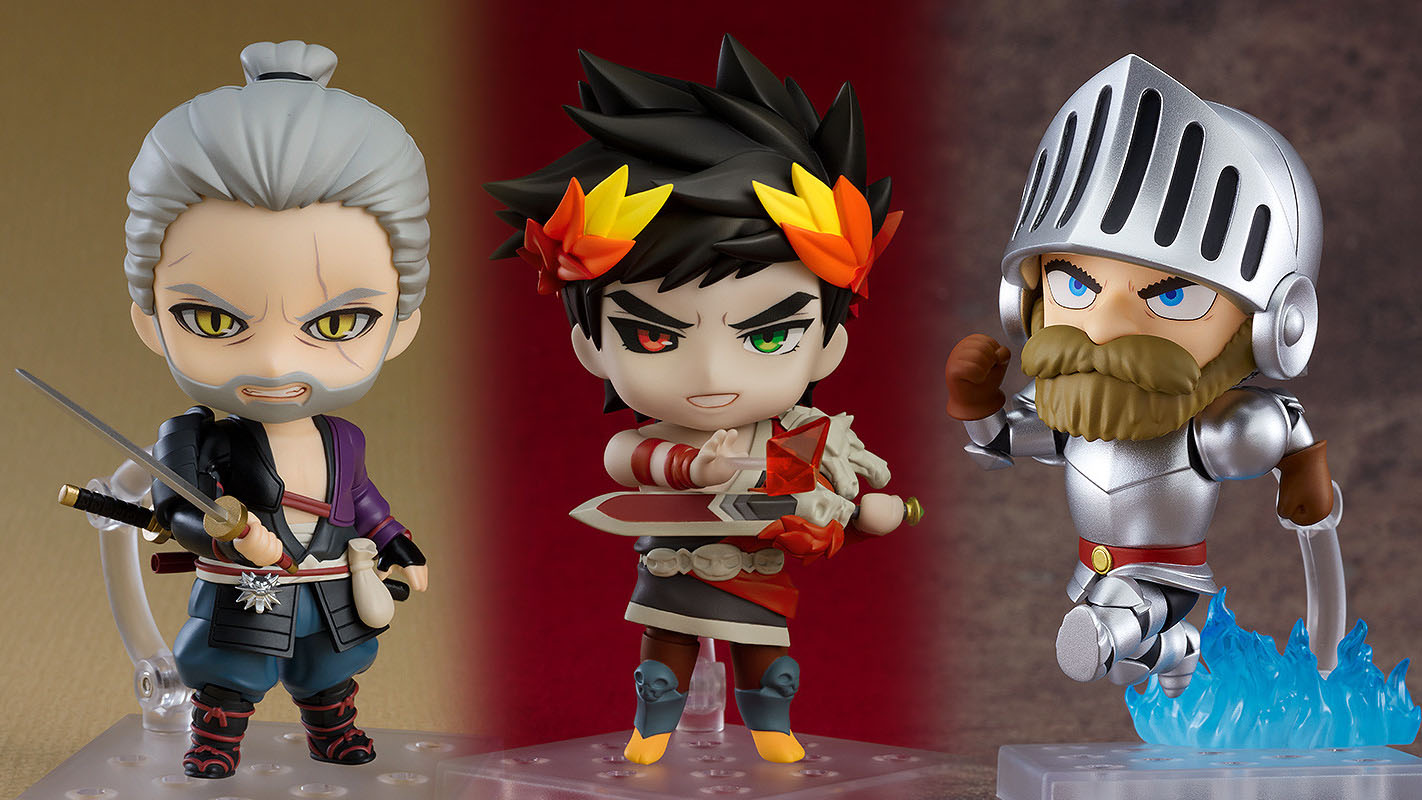 If you love Nendoroid figures and video games, today Good Smile Company had quite a few treats for you.

Geralt will release in August in Japan and in October in the US, and he will be priced the same as Zagreus.

Arthur will launch in the same windows as Zagreus, but will be a bit more expensive, priced at 6,900 yen in Japan and $69.99 in the US.

You can check out what they all look like in the gallery below, alongside their official descriptions.

“Zagreus finally escapes(?) the Underworld and joins the Nendoroids!

From the critically-acclaimed rogue-like dungeon crawler “Hades” comes a Nendoroid of the Prince of the Underworld himself, Zagreus! The son of Hades has been carefully recreated from Cerberus head to fiery toe, and comes with two face plates: a standard expression and a slightly more roguish grin.

The Witcher Geralt, now reimagined as a Ronin, joins the Nendoroid series!

From the manga “The Witcher: Ronin” comes a Nendoroid of Geralt as a Ronin Witcher! Like the manga, this Nendoroid reimagines Geralt as a swordsman wandering a medieval Japan-inspired world. Geralt carries two katana as a Ronin Witcher, both of which he can use to battle yokai and oni across the land as he searches for the mysterious Yuki Onna. Also included are two effect sheets to display him using two witcher signs, Yrden and Axii!

In addition to his standard serious face plate, he also comes with face plates showing a mid-battle gritted teeth expression and even a small smile! Create all sorts of scenes from this new world of The Witcher in adorable Nendoroid size!

From the punishingly difficult action game “Ghosts ‘n Goblins Resurrection” comes a Nendoroid of the main character Arthur! Not only has Arthur’s unique body shape been captured perfectly in Nendoroid form, his face is also articulated, allowing you to create both a standard face and shouting face!

His Lance, Dagger and Holy Water weapons are all included as optional parts. A treasure chest is included as well! Be sure to add him to your collection!