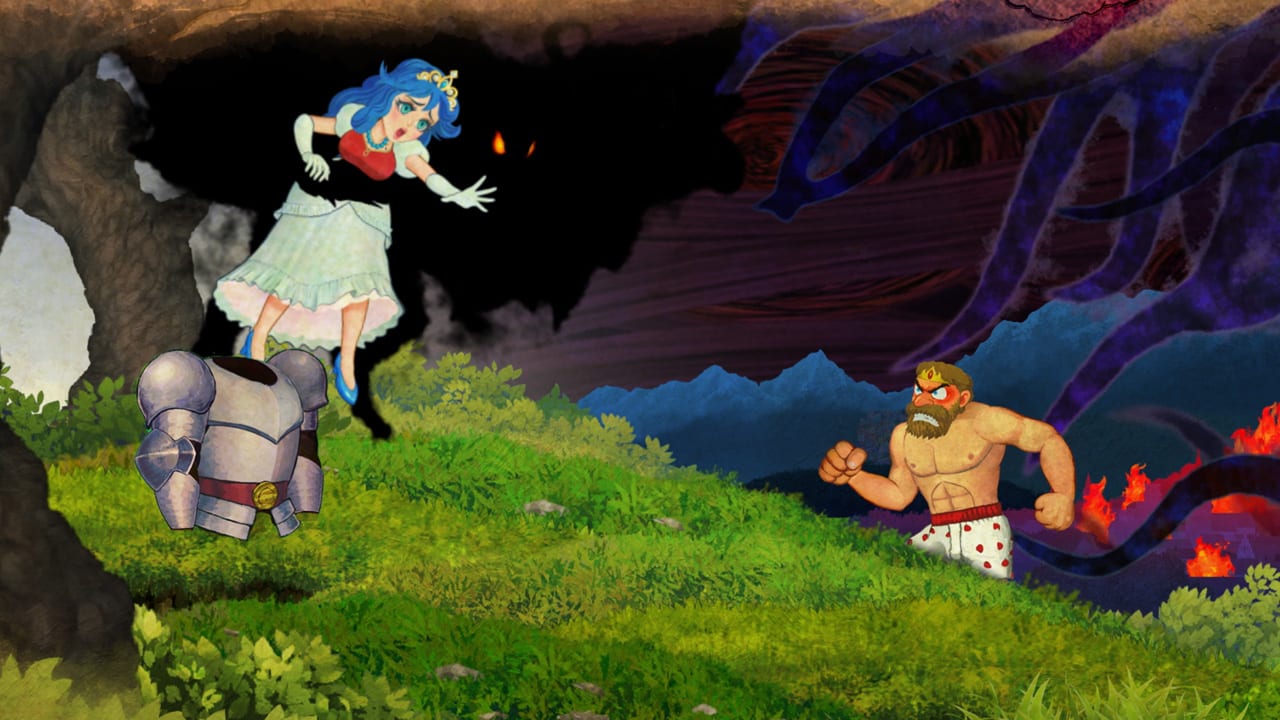 Few video games inspire fear in the heart of gamers at the mere mention of their name. Dark Souls, Cuphead, and many others invoke that feeling, but even those games are fair. On the other hand, Ghosts ‘n Goblins is known for being unforgivingly punishing but this resurrection may change that reputation.

Challenging games are fun, but when that’s the only appeal, the game can get old — and frustrating — rather quickly. Ghosts ‘n Goblins Resurrection finds the balance that the original releases couldn’t. This title offers a challenge that is harrowing yet achievable.

The biggest change from the retro classic to the 2021 version is the addition of difficulty modes. The four different options — Page, Squire, Knight, and Legend — vary from the ridiculously and almost boringly easy Page to the very familiar and wildly difficult Legend.

In Page difficulty, you can revive on the spot where you died without any consequences like enemies reviving or boss health resetting. Anyone who has played the older Ghosts ‘n Goblins games could probably blow through this difficulty in an hour or so.

If you’re looking for a challenge, then all of the other difficulty settings are adequately tough. With its numerous checkpoints, not to mention that Arthur can also take more than two hits before dying, Squire is still fairly easy. But Knight and especially Legend mode offer more than enough challenge to satisfy the most hardcore of Ghosts ‘n Goblins fans.

The inclusion of the four different difficulty modes in Ghosts ‘n Goblins Resurrection is a great decision since it allows a wider audience of players to experience the game at their own pace. If Page isn’t for you, then you can completely ignore it and jump right into any one of the more difficulties.

Unfortunately, the weapons didn’t get the same overhaul to improve their utility. The Knife is still the undisputed king of weapons and the Torch is still a death sentence.

There are some other fun new weapons too like the Hammer that can also launch projectiles or the Spiked Ball. But none of them can match the speedy damage output of the Knife.

On top of that, the controls are still as clunky as ever. Yes, it’s authentic to past Ghosts ‘n Goblins games, but that doesn’t mean it should be accepted.

Controlling Arthur still feels like you’re maneuvering a lumbering rock through a death gauntlet. If you try running over a ledge to get to a platform below you and to the right, then you’ll miss it no matter how close it is. For some reason, you just completely lose all momentum unless you jump.

But one bright spot of the combat is the magic. Thunderstorm and Firewall are good spells for clearing out multiple enemies. And Transmogrifrog’s ability to turn a screen of enemies into harmless frogs is both hilarious and extremely useful on higher difficulty levels.

Better yet, the classic frantic music is fantastically composed that keeps you alert of your surroundings at all times. And the beautiful hand-drawn art style makes you want to keep pushing through so you can see all of the enemy designs.

Overall, Ghosts ‘n Goblins Resurrection is still an extremely punishing yet fair game. The controls aren’t great, but after a playthrough, you start to gain some muscle memory. But there’s never a point where I can confidently say that the controls feel good.

And that’s why the addition of Page and Squire difficulty modes is the biggest redeeming factor for this game. Those easier options are there if you need them so you can enjoy the game no matter what your skill level is. All the while, Knight and Legend modes offer an adequate challenge for long-time fans of the franchise.