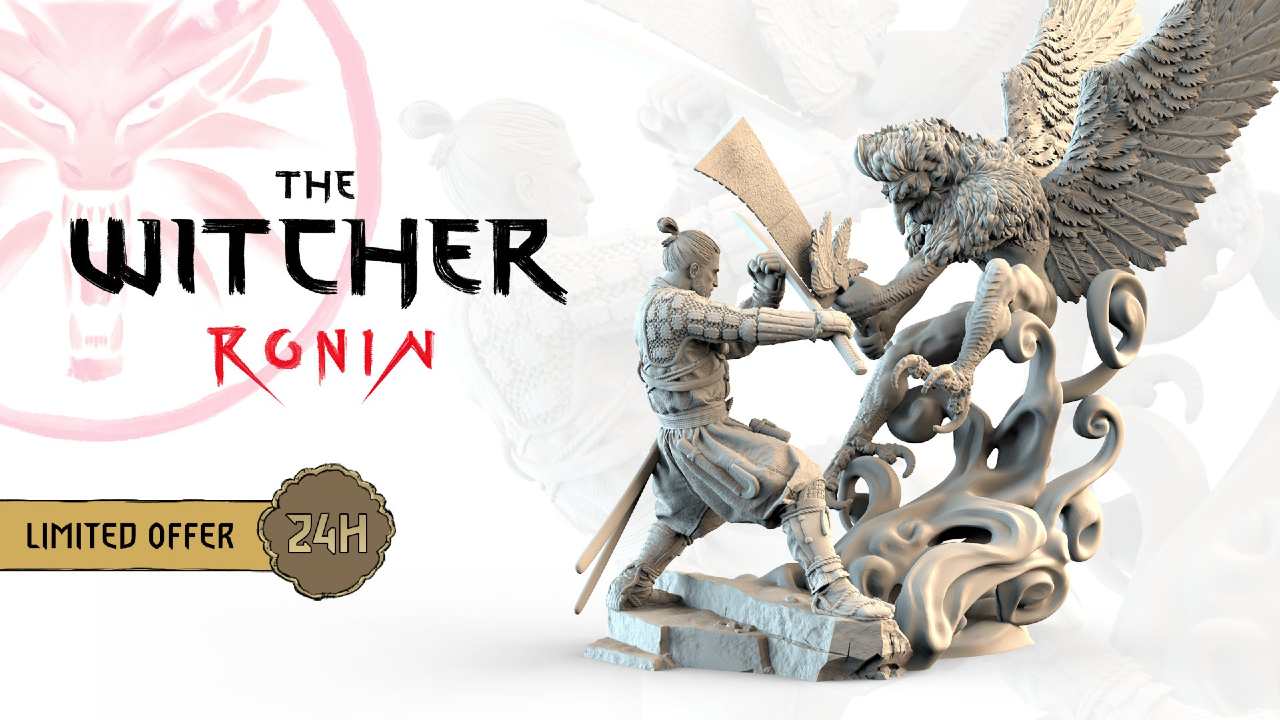 Today, CD Projekt Red posted to their social media that The Witcher: Ronin Kickstarter campaign will launch at noon CEST on Sept. 7. In the post, the company also detailed that anyone that pledges within the first 24 hours will receive a 12cm tall collector’s miniature, which you can see below.

The statue features a fight between Geralt and Tengu, a small bird-like yōkai, that will seemingly be depicted in The Witcher: Ronin manga. The upcoming story is set to be 100 pages and will be colored by Jaki and Hataya.

Anyone interested in more can check out the following tidbit from IGN, who spoke with the manga’s creator, Rafal Jaki, The Witcher: Ronin.

The manga will tell a standalone “Elseworld” story, unrelated to the video game storylines, meaning it won’t be a story where Geralt from The Witcher is magically teleported from his world to Japan by magic. Instead, Jaki took inspiration from stories like Superman Red Son and Batman Ninja to take an established character and put them in a new setting.

Jaki says putting Geralt in a fantastical Japanese setting was an interesting exercise since Japanese folklore also has a rich tradition of monsters known as yokai. And that tradition formed a bridge that connected Geralt with the new setting.

You can read the full interview via IGN’s website right here. In the meantime, be sure to check back to Twinfinite for updates on the manga, as well as all other things relevant to The Witcher franchise. That includes plenty of features, news, and guides for the video games, anime, and live-action Netflix series.