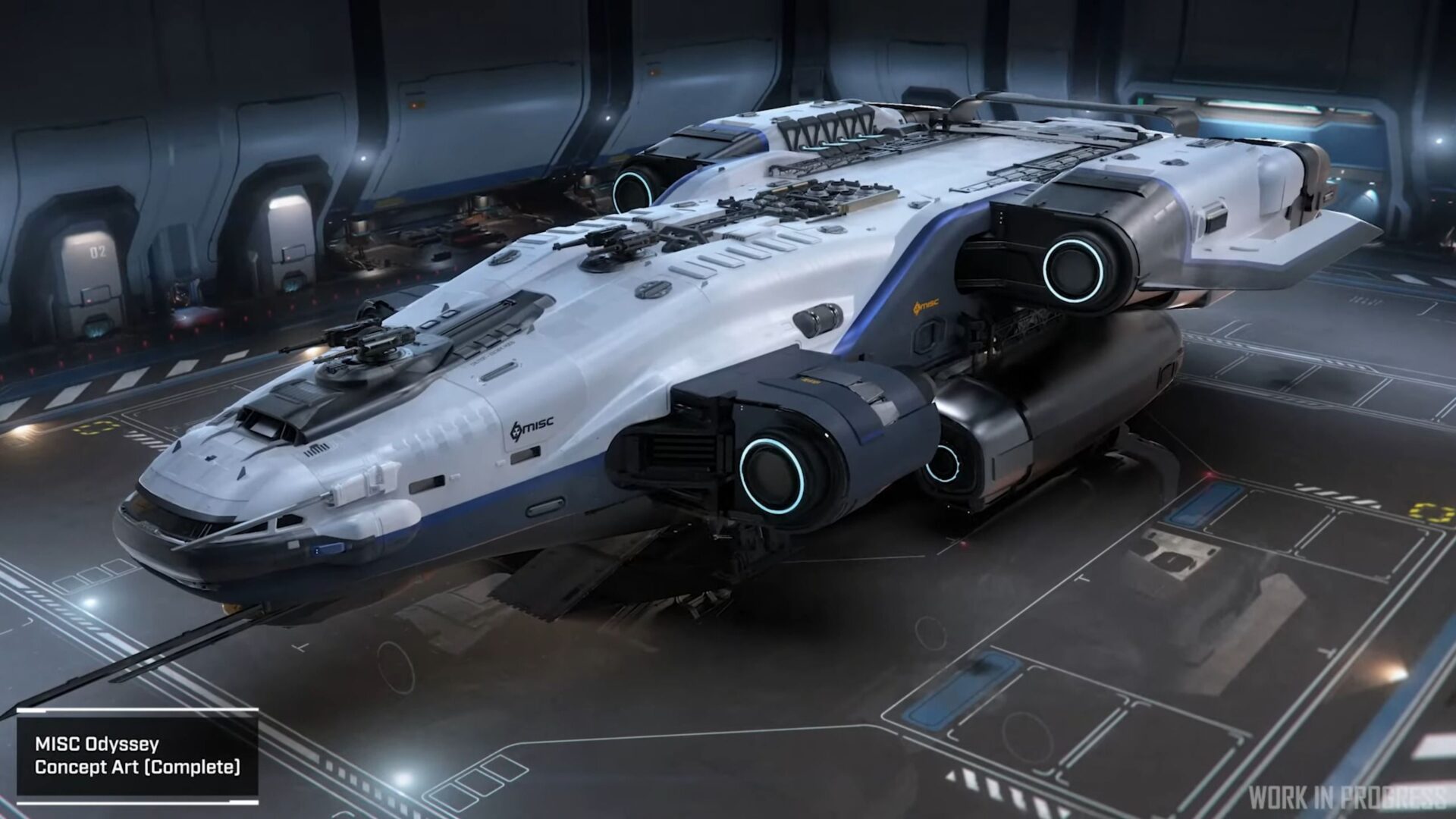 The newly-announced exploration ship MISC Odyssey takes the lion’s share of the video, showing off a first look at the interior, including the vast hangar that will finally give pilots a chance to park fighters that aren’t ant-sized (or fish-sized, I guess. I’m looking at you Carrack).

On top of that, we also take a look at the Hull A, the Hull C, the Drake Vulture, the RSI Scorpius, and the first look at the whitebox for the Banu Merchantman.

To top it all off, we get a glimpse of the ship-mounted tractor beams and the refinery update for the Starfarer.

This is quite significant because, with nearly 79 million in crowdfunding since January 1, the game has now surpassed the previous record from 2020 with a month to spare, marking another year of growth for the seemingly unstoppable crowdfunding campaign.

Lastly, the number of registered accounts has just passed 3.4 million, and it’s at 3,413,955 at the moment of this writing.