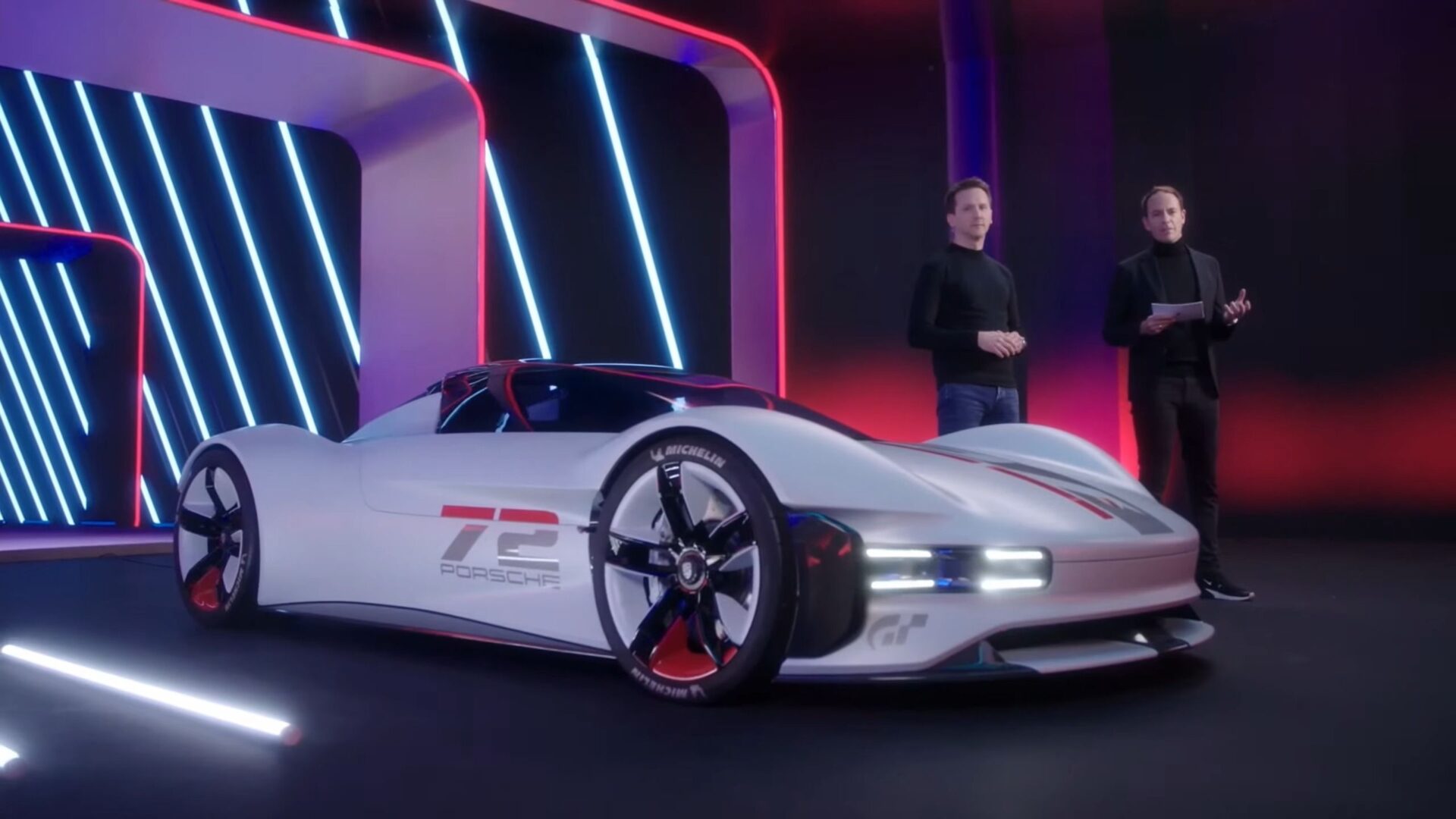 During the livestream for the Nations Cup finals of the Gran Turismo Sport FIA GT Championship, Polyphony Digital and Porsche revealed the new Porsche Vision GT that will be included in Gran Turismo 7.

The car is an “all-electric, all-digital Porsche” representing the future of electric sports cars in 10-15 years from now. The designers weren’t held back by all the requirements of having to actually build it, but it was stressed that it’s still absolutely realistic and conceivable.

On top of the reveal, we also get a comment from Gran Turismo 7 producer Kazunori Yamauchi himself.

You can watch the reveal below.

You can also take a look at the editions available to plan your pre-order, a video focusing on collecting cars, one on racing, one on liveries, one on the Scapes photo mode, one featuring tuning, and one all about tracks.

Speaking of tracks, yesterday we saw the gameplay reveal of the legendary Deep Forest Raceway track.