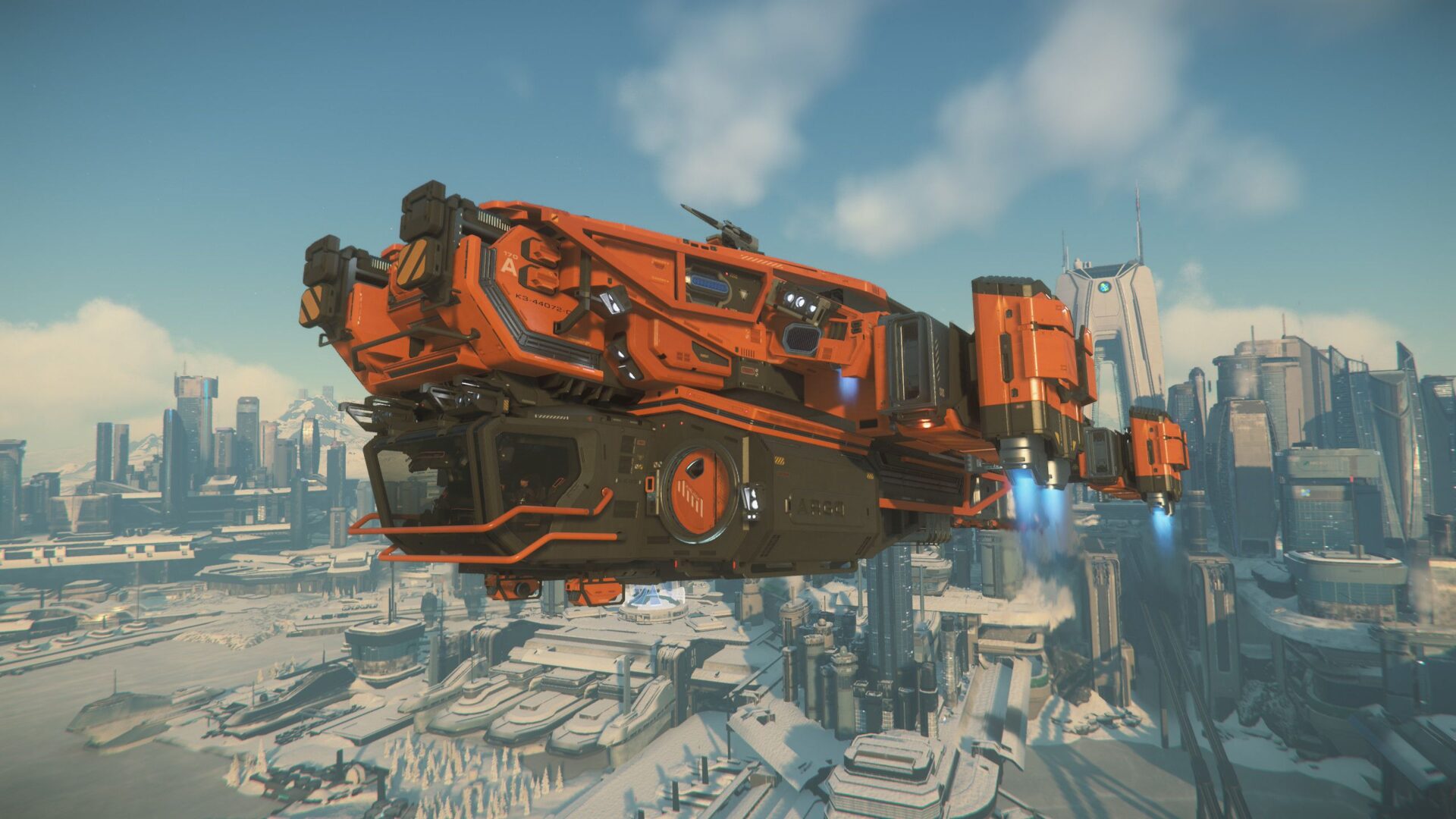 The ship is the Argo RAFT, which stands for “Reinforced Advanced Freight Transport.” Fancy acronyms aside, it’s basically your big space truck.

While it’s nearly unarmed, it’s well-armored, which should give it a chance when attacked out in space. With 96 SCU of cargo in three containers, it isn’t massive, but it can get you started on trading.

It also looks rather cool, as you can see in the video and images below. It’s also available for purchase starting at $110. It’s worth mentioning that purchasing ships with real money isn’t required and that all ships are available for purchase using in-game credits soon after they’re made flyable. The option should be considered only if you care to support the development of the game.

Do keep in mind that you don’t need to spend any money (real or virtual) to try it (and most ships available currently in Star Citizen). A Free Fly event is going on until December 1, granting everyone access to the game and its ships at no cost.

As a bonus, you can also check out videos of the days dedicated to Crusader, Tumbril, and Origin, on top of a look at the most relevant feature of the Crusader Ares Inferno, in case you missed them.