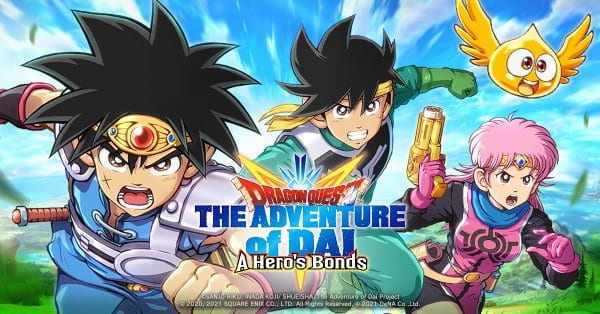 It’ll release worldwide at the same time on September 28, so we’re quite close already. We already knew it was coming west, but now we know exactly when.

Languages supported will be English, French, Japanese, and Traditional Chinese. Pre-registration is available on Google Play and iOS.

The game is based on the popular manga that debuted in 1989 sparked by the ultra-famous video game series, which was then turned into anime, the latest of which is still airing in Japan.

It’s a free-to-play game for iOS and Android with the usual optional microtransactions. It’ll allow players to create and customize their own characters and fight alongside the iconic heroes of the series like Dai, Avan, Popp, Maam, and more.

The announcement came with a trailer, which you can enjoy below.

It’s worth mentioning that a console game is also coming, but we haven’t heard anything about it since the latest screenshots revealed in May.

Square Enix is also working on Dragon Quest XII behind the scenes, but pretty much nothing about that has been shown beside a very short teaser with a logo. It’s probably a while off.