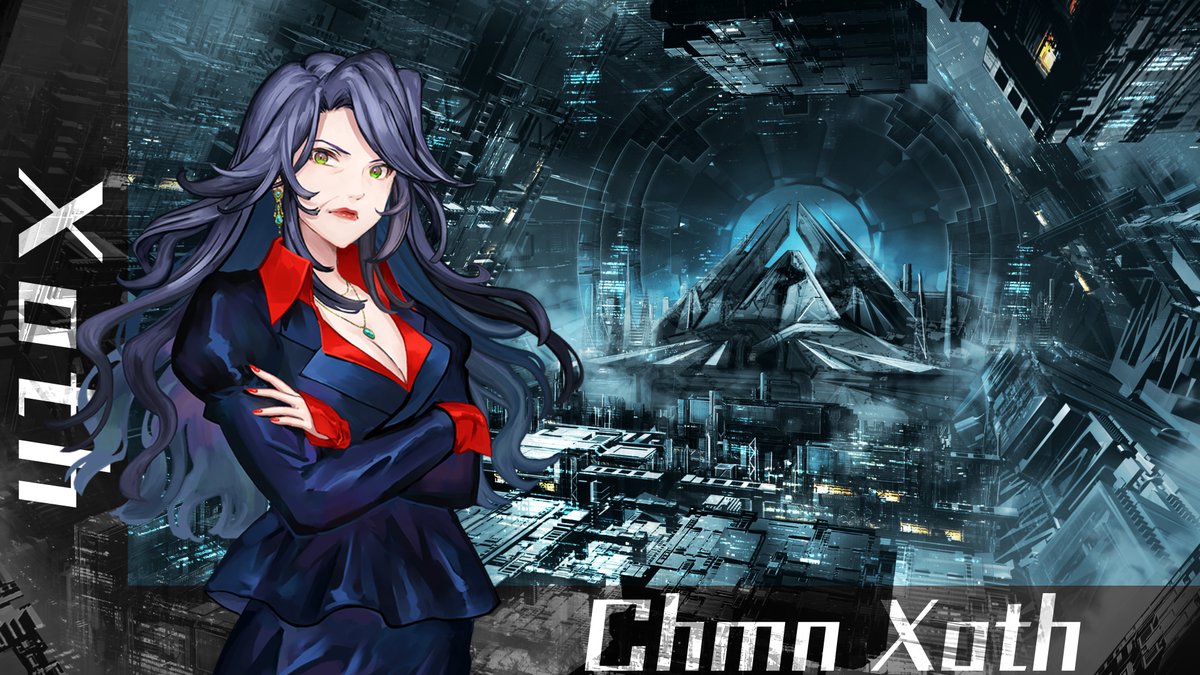 First of all, we get to see a new screenshot and the mention that it’ll be possible to modify weapons in relayer, but the mecha customization feature will be implemented after release. More details will be provided at a later date.,

We also get the introduction of Chairman Xoth, at the helm of a huge corporation based in South America. Like ATLAS, they’re also aiming to acquire GT Labo’s supergravity technology, and they are no stranger to using heavy-handed methods. She is also rumored to have ties with the Relayer behind the scenes, so she’s quite the unsettling figure.

She is voiced by Ellen Taira (whom you can meet in the introduction video), whom you may know for playing Arturra Arima in Super Neptunia RPG and Shino Aiba in Memories Off: Innocent Fille.