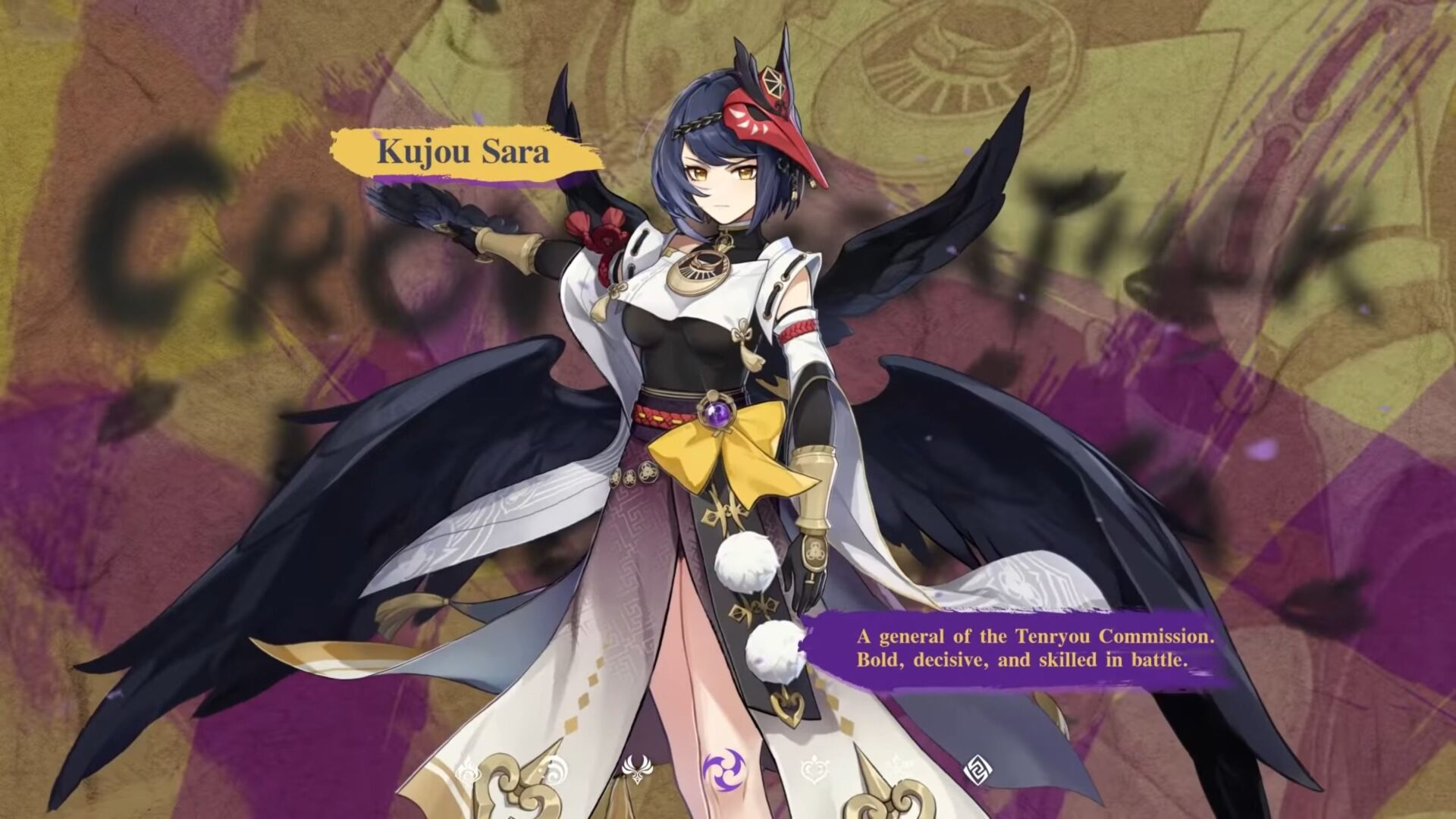 We get a new look at Kujou Sara (we already saw her gameplay during the latest livestream), a duty-driven tengu warrior in the service of the Raiden Shogun.

“To ensure that the will of the Shogun will always be done, and to assist the Almighty Shogun in manifesting Eternity. This is not only Kujou Sara’s duty, but also her sincere desire.”

If you want to see more of Genshin Impact, we recently interviewed MiHoYo about the game’s platforms, inspiration, and more. You can also read our review and watch the trailer dedicated to Kamisato Ayaka, one starring Yoimiya,  one showing Sayu, one focusing on the Raiden Shogun, and one on Aloy from Horizon Zero Dawn.