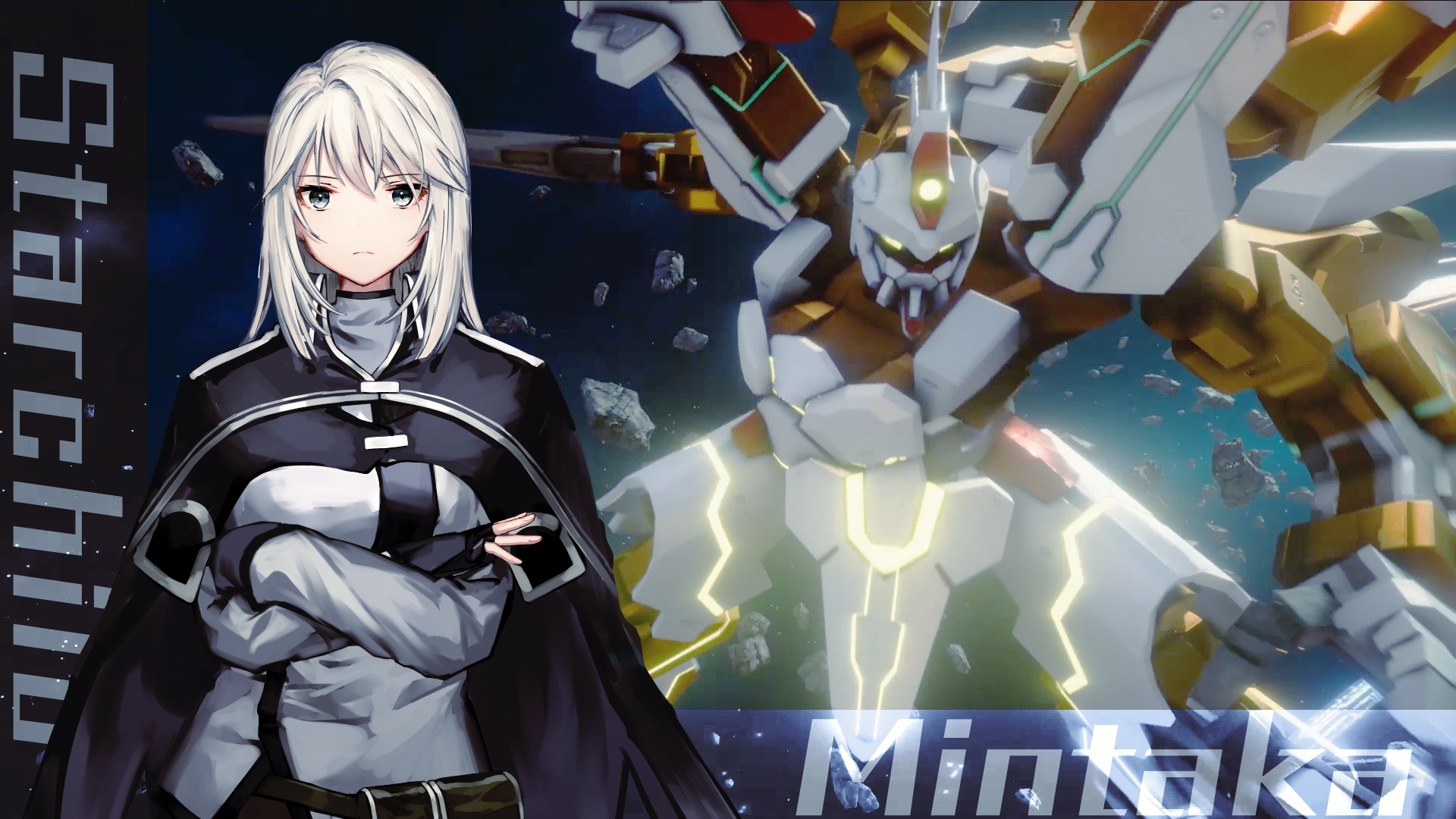 This time around we learn more about two characters, Mintaka and Media (shown respectively with her mecha and in a corridor within the hypergravity starship Asterism), who have the voice actress Ayano Yamamoto in common.

Mintaka is a Star Child who leads the space pirates named “Star Association.” She is surrounded by a dignified atmosphere and she believes that she can conquer what she wants thanks to her own power.

Media is the communications officer of the Asterism and she provides solid support to the protagonist Terra and the rest of the Stella Gear squadron. She is also the mood maker on the bridge, so you should pay attention to her lines.

Their voice actress, Ayano Yamamoto, is known for her roles as Shiki in Senran Kagura, Sumia in Fire Emblem Awakening, Nae Tennouji in Robotics;Notes and Steins;Gate, and Naho Saenoki in Corpse Party.