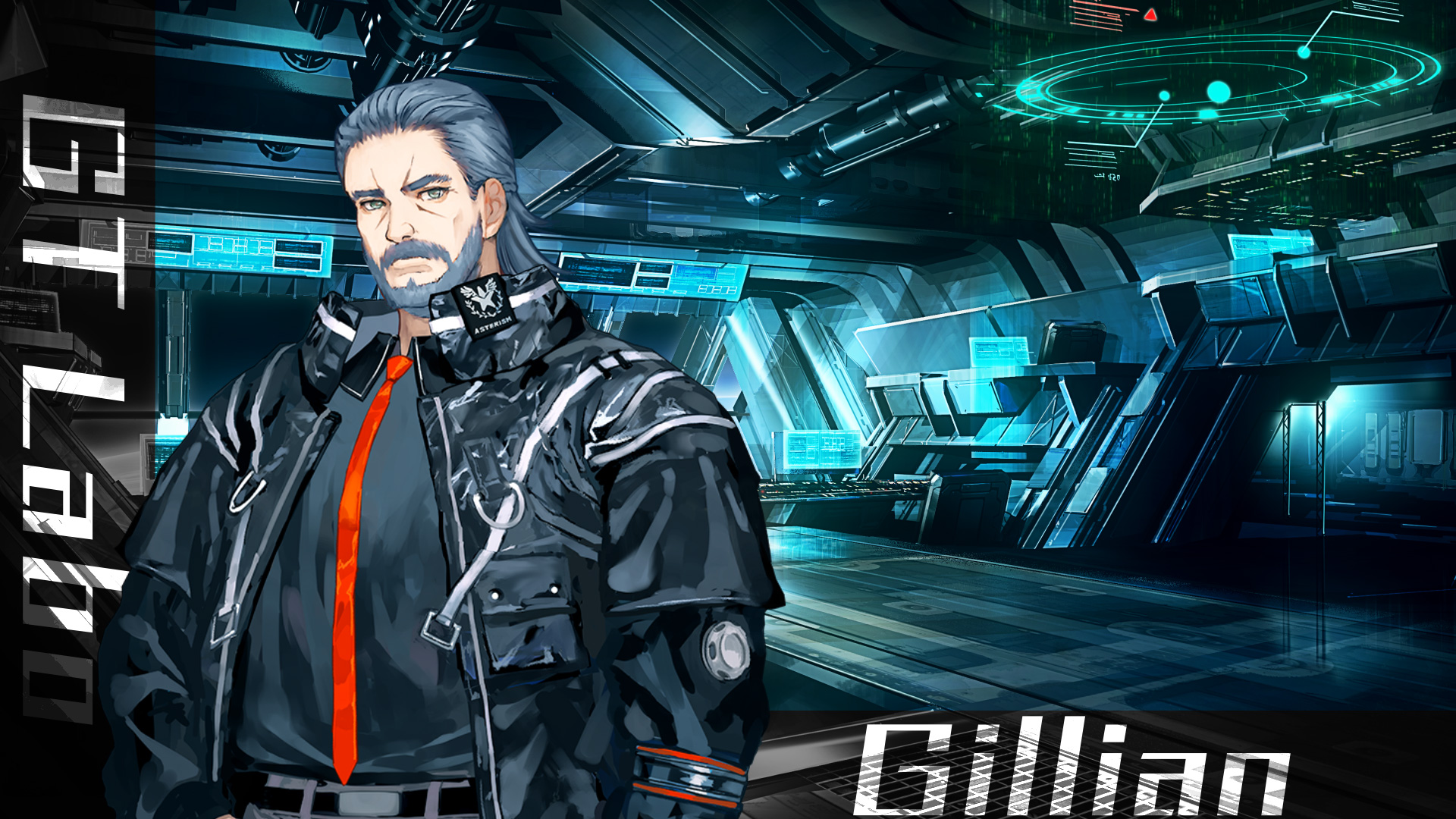 First of all, we meet Captain Gillian, commanding officer of the hypergravity starship Asterism. He used to be a pilot and has the tactical acumen of a fierce warrior. His past hides many other events, but we’ll have to play the game to know more.

We also get a video featuring his voice actor, Youji Ueda, whom you may know as Hiroshi Kanamaru in Uppers, and will also appear as Benedict Pascal in Project Triangle Strategy.

On top of that, we get two screenshots (still not final) showing progression menus. The first focuses on the uses of job points to unlock active and passive skills for a character’s jobs.

The second image shows how each character has a role (between Assault, Tank, Sniper, and Scout) and each role can master two types and five jobs. If you change a character’s job, the previously acquired skills will carry over.